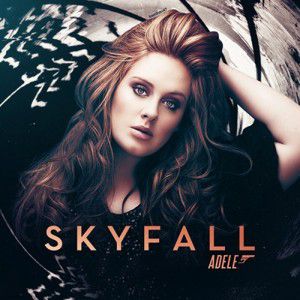 While we await Adele's third album, which could conceivably be called 23 (following its predecessors 19 and 21), it's worth revisiting her last recorded release: the theme to the latest James Bond film. When it came out last October, the song was a major hit and became first Bond theme to win at the Golden Globes, the Brit Awards and the Academy Awards. With its over-the-top instrumentation and Adele's soaring vocals, instantly brought to mind the best Bond themes, especially those sung by the iconic Bond theme artist Shirley Bassey.

What was disappointing, however, was Adele's video for the song, which she co-wrote with Paul Epworth. The British superstar's video was an unispired film teaser that merely provided a collage of images drawn from the film, starring Daniel Craig, Judy Dench, Javier Bardem, Ralph Fiennes and Naomie Harris (the movie also featured the legendary British actor Albert Finney in a smaller role).

But then it would be hard to top the movie's dream-like opening, which used the song and a stunnning sequence of images designed by veteran music video director Daniel Kleinman. We watch Bond as he sinks to the bottom of a riverbed, only to be taken inside the mind of our hero as he wrestles with analogies of his past and current emotional state and his uncertain future.

The titles set up a lot of the events and images that appear later in the film, instilling a sense of déja vu in the viewer. Some are nightmarish, some wildly psychedelic. It's a stunning sequence and one of the best music videos, in effect, that I've seen in many years.