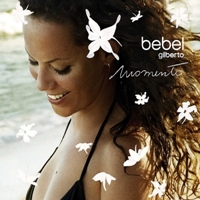 Gilberto’s father, Joao, is the godfather of Brazilian bossa nova, while her stepmother, Astrud, is the voice behind “The Girl from Ipanema.” Bebel stepped out of her family’s shadow with Tanto Tempo and its companion remix album, both tinged with electronica. Her self-titled sophomore album stuck closer to chill-out samba sounds. Here, working with producer Guy Sigsworth (Madonna, Björk) she goes for mid-tempo grooves like “Bring Back the Love,” a sensuous dance number featuring New York’s Brazilian Girls.