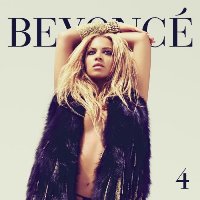 She’s long been one of pop’s top triple threats: a Grammy-winning singer, Golden Globe-actress and a fashion icon with her own clothing line. A performer since the age of seven, Beyoncé is one of the world’s best-selling music artists. Together with her husband, rapper Jay-Z, whom she married in 2008, they are Hollywood’s top-earning couple, according to Forbes magazine.

But beyond those achievements, Beyoncé is a powerful role model for young women. Her third studio album, I Am…Sasha Fierce, expressed a strong message of female empowerment, especially on the hit singles “If I Were a Boy” and “Single Ladies (Put a Ring on It).” Now Beyoncé, who parted ways with her father and longtime manager, Matthew Knowles, has released her fourth CD. A bold statement of independence, 4 is easily her most mature and adventurous album to date. “I feel like my job in the industry is to push the limits,” says Beyoncé, “and I have to constantly evolve.”

Vocally, Beyoncé has never sung with such emotive power, especially on ballads like “1 + 1” and the mid-tempo “Best Thing I Never Had.” Nor has she ever performed such eclectic musical styles and unique song structures. The infectious “Love on Top” is joyous Jackson 5-style pop, while “Countdown,” constantly shifting stylistically and tempo-wise, is her answer to Queen’s “Bohemian Rhapsody.” Meanwhile, her stirring feminist anthem “Run the World (Girls)” mixes hip hop and electronic sounds with martial drumming. Already wildly multi-talented, Beyoncé can now add risk-taker to her formidable resumé.