Cowboy Junkies - At the End of Paths Taken 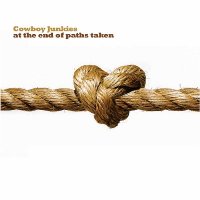 Has it really been nearly 20 years since the Junkies released The Trinity Session? A commemorative DVD is in the works for release later this year. In the meantime, the Junkies have released one of their most potent albums to date. From the sublime ballad “Spiral Down,” featuring a fiddle floating over Margo Timmins’ chilling vocal, to the ravaged “Cutting Board Blues” and the almost trip-hoppy “It Doesn’t Really Matter Anyway,” it also stands as one of the band’s most varied releases. Happy anniversary.