From the Vaults: Kate and Anna McGarrigle's historic first recordings Several years ago, I was contacted by a Montreal man named Peter Weldon who asked if I’d like to hear an unreleased 1969 recording of Kate and Anna McGarrigle’s original folk group, the Mountain City Four, singing the music of Wade Hemsworth with the composer himself. Absolutely, I told Weldon. I’d long loved Hemsworth’s songs and was excited to hear anything unreleased that included the wondrous McGarrigles.

The Mountain City Four had begun when Weldon and another musician, Jack Nissenson, recruited the younger McGarrigle sisters to join them in song (I have a personal connection with Nissenson, but more on that later). Soon, the MC4 were packing coffeehouses as stars of Montreal’s burgeoning 1960s folk scene. 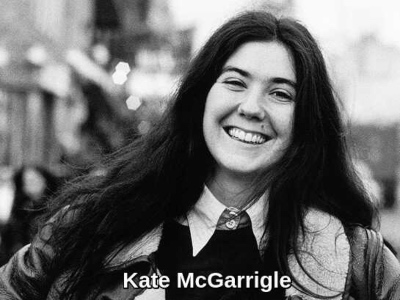 Weldon issued the 11-song album Wade Hemsworth and the Mountain City Four for its historic merit: Hemsworth was a legendary writer of pure as maple Canadiana—ballads about wild geese, log drivers and pesky insects like the ones described in his humorous “Black Fly Song.” But Weldon was also paying tribute to his friends Kate and Jack, who died in 2010 and 2015 respectively.

Now Weldon and his partner Jane McGarrigle, Kate and Anna’s older sister, have paid glorious tribute to the folk quartet itself with Mountain City Four, an eclectic album of 16 previously unissued recordings from 1963-64, 1969-70 and a final one from 2012. With gospel and blues tunes, Bach chorales and folk songs sung in English, French and Hebrew, it’s a fascinating glimpse into the roots of the McGarrigle sisters, who became known the world over for their exquisite harmonies and love songs covered by Linda Ronstadt, Maria Muldaur and others.

The album is significant in that it features the sisters’ first recordings together. Their gorgeous harmonies permeate the album and ring out strongly on the rousing gospel of “Motherless Children” and the traditional Quebec folksong “En filant ma quenouile,” which Kate and Anna later included on their 1980 album Entre la jeunesse et la sagesse. 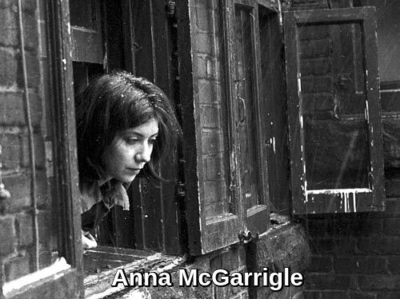 One particular highlight is the group’s cover of Bill Monroe’s 1946 classic “Blue Moon of Kentucky,” later made famous by Elvis Presley. It starts out acapella, with Kate and Anna’s woozy voices taking on a jazzy swing before a badass banjo kicks the song into bluegrass overdrive. Although the MC4’s version was taped in 1963, at Montreal’s Fifth Dimension coffeehouse, it’s infectious and sounds fresh enough to pass for a contemporary recording.

The CD package includes rare photos and liner notes from Weldon, both Jane and Anna as well as Joe Boyd, producer of three Kate and Anna McGarrigle albums. Anna writes that “Jack Nissenson was the most ‘professional’ of the group even if professionalism was generally frowned upon by the group.”

With his resonant baritone, Nissenson sings lead on several of the album’s standout songs, including the sea chantey “Reuben Ranzo” and the Merle Travis mining ballad “Dark As a Dungeon,” which Anna says “always got the biggest hand at live shows.” And Nissenson is featured on the album’s final track, singing lead in 2012 on a moving rendition of “Shenandoah.” He was ill with pulmonary disease at the time. As Weldon states in the notes, “it was the last song of the last show we ever did in this configuration, and as far as I know, Jack’s last public performance.” 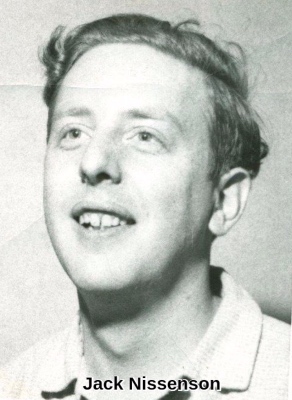 Those songs, along with another Quebec folksong, “V’la le bonne vent,” and Hemsworth’s “Log Driver’s Waltz,” also included on the album, are all especially familiar to me. That’s because I’d sung them with Jack during the 1980s as a member of Bread and Roses, a singing group that mixed labour songs with folk ballads. Jack was our elder, eminence grise: a tall, Pete Seeger-type figure who’d possessed an encyclopedic knowledge of working-class songs and had met the great folk artist Ewan MacColl while in England. He was like our walking songbook.

Anna’s description of Jack as “un gars de la gauche (a man of the left) till the end” rings true. Jack had, as she put it, “a repertoire of rousing ‘up with the workers, down with the bosses’ type chants.”

But as much as Jack was a staunch leftist, he was also a gentle soul who loved nothing more than storytelling, longwinded (often bad) jokes and sharing his fondness for songs of all kinds—something that had a profound effect on many people, myself included.