The Grammy Awards has become one of the world’s most-watched television events. Last year, over 25 million people tuned in to see singer Sam Smith win basically … everything. This year’s edition, the 58th (Feb. 15, City), promises plenty of drama as Taylor Swift and The Weeknd challenge nomination leader Kendrick Lamar to decide who takes home the most hardware. Here are five of the biggest things to expect from music’s starriest night. 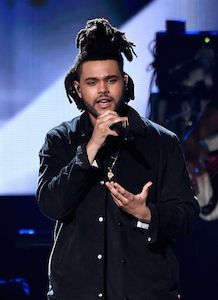 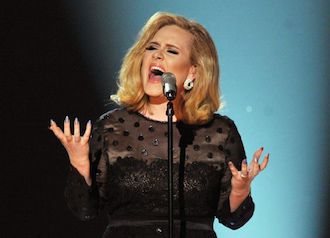 The “Hello” sensation will be in the building! And performing! Blessed with one of the best voices in pop, the British star has previously earned 10 Grammy awards, having won in every category she was nominated in from 2012 to 2014. Even though Adele’s 25 is the biggest selling release since 2011, neither she nor the album has a single nomination—leaving many puzzled. But this is no snub; Adele’s blockbuster came out in November, outside of the eligibility period (of October 2014 to September 2015).

Every Grammy Awards honors a superstar who has given back to the community. This year’s MusicCares Person of the Year is Lionel Richie, who is being celebrated for creative accomplishments and charitable work. Those paying tribute to the “Say You, Say Me” singer include Rihanna and Florence Welch. It’s Lionel love … all night long. 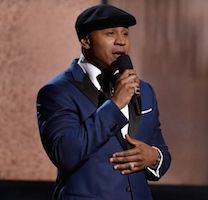 4. A HOST, TRIED AND TESTED

LL Cool J is back. This will be the two-time Grammy winner’s fifth consecutive appearance as master of ceremonies. What makes the star (born James Todd Smith) a popular choice is his genuine affability and strong stage presence. Both a respected rapper, best known for his ’90s hits like “Hey Lover,” and an accomplished actor, LL (short for Ladies Love Cool James) recently earned his star on the Hollywood Walk of Fame.

Grammy watchers will be paying attention to the Album of the Year race, hotly contested by Taylor Swift and Kendrick Lamar. Although Taylor’s 1989 is the commercial favorite, Kendrick’s To Pimp a Butterfly is the critical darling. Also close is Record of the Year, where The Weeknd’s savvy “Can’t Feel My Face” could out-duel the Mark Ronson/Bruno Mars smash “Uptown Funk.” The biggest upset could happen in Best Pop Vocal Album if veteran James Taylor beats out the relative youngsters in his category.