Tim Baker has a problem. As frontman for Newfoundland’s Hey Rosetta!, one of Canada’s fastest-rising, hardest-working bands, he is touring for nine months of the year, performing concerts on three continents. Trouble is, Baker is also the group’s chief songwriter and he has yet to master the knack of writing songs on the road.

“When I finally get home, it’s difficult for me to set time aside because there’s so much else to do,” admits Baker. “Your house is falling apart, you haven’t seen your friends forever and you have to design the band’s next T-shirt. All this stuff creeps in and the writing gets pushed out.”

Despite those obstacles, Baker has been able to write songs for all three of the band’s orchestral indie-rock recordings, including last year’s best-selling Seeds, which was shortlisted for the prestigious Polaris Prize. And his compositions, such as “There’s an Arc” from Into Your Lungs (and around in your heart and on through your blood), are among the most thoughtful and literate in Canadian pop.

Baker formed Hey Rosetta! in 2005, after graduating from the creative writing program at Montreal’s Concordia University (he had intended to enroll in piano performance, before a case of tendonitis thwarted his audition plans). Armed with the editing discipline he’d acquired in Concordia’s poetry class, Baker began singing his newly penned songs solo around his native St. John’s, until he realized the music needed more texture and recruited other musicians.

From the beginning, Hey Rosetta! has been rooted in Baker’s literary interests. The exclamation mark in the band’s name was inspired by Dave Egger’s memoir A Heartbreaking Work of Staggering Genius. “That book is very hyperbolic, doubtful and tragic yet celebratory—always in flux,” says Baker. “It made me want to do something like that musically.” 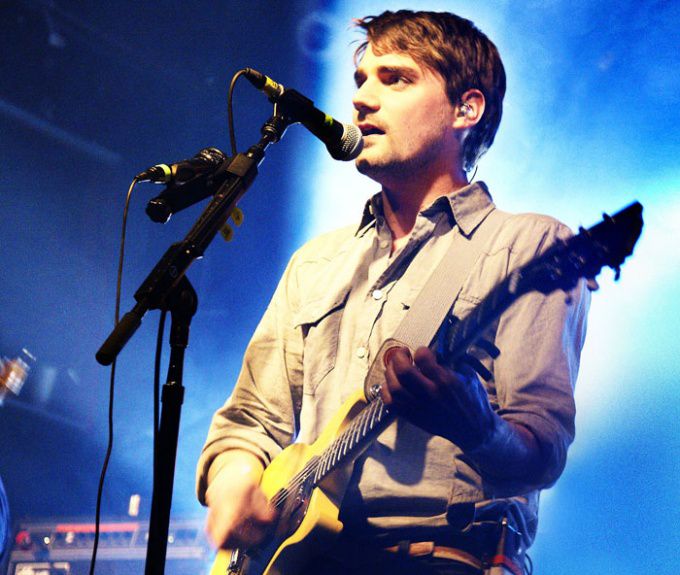 “Strings are an important addition to our songs,” says Baker. “They deepen and heighten things and provide textures that I would never want to do without. That being said, a string section is not something you can have in every song. And it can certainly pose challenges in a live setting.”

Still, the novelty of strings brought early attention to the band. So, too, did praise from Hawksley Workman, who predicted Hey Rosetta! would become “Canada’s next big thing.” Workman produced Into Your Lungs and the Juno-winning artist pushed the band to achieve its sonic ambitions on songs from the hymn-like “Psalm” to the anthemic “We Made a Pact,” featuring singer Jenn Grant. Into Your Lungs was named Album of the Year at the inaugural Verge Music Awards held by XM Satellite Radio’s The Verge and was, like Seeds, shortlisted for the Polaris Prize.

Workman, whose production credits include recordings by Sarah Slean, Serena Ryder, Tegan and Sara and Justin Rutledge, also produced Newfoundland’s Great Big Sea. But while the latter and Hey Rosetta! have Workman and their Atlantic geography in common, the similarity ends there. Says respected author-journalist Stephen Brunt, who has booked Hey Rosetta! for his annual Writers at Woody Point festival in Newfoundland’s Gros Morne: “There’s a lot of interesting music in St. John’s that’s not rooted in jigs and reels. Hey Rosetta! represents 21st century Newfoundland—a band proud of where they come from, but outward looking and very much of the world.”

Preconceived notions about Newfoundland music have placed Hey Rosetta! in challenging situations. Once, at a concert in St. George, New Brunswick, a crowd showed up to hear ‘a band from Newfoundland’ and was disappointed by the lack of reels and jigs in the band’s set. Recalls Baker: “It was a bit of an awkward night, but pretty funny in the end. We were just doing our thing.”

Brunt helped to boost the band’s profile when he featured its song “Red Heart” in his video montage celebrating national pride at the Vancouver 2010 Winter Olympic Games on CTV. An estimated 20 million people heard the song’s stirring refrain, “Won’t you let your red heart show?"

For Seeds, Hey Rosetta! turned to Scottish producer Tony Doogan, who had worked with England’s Belle and Sebastian and Mogwai. He’d also produced Halifax rockers Wintersleep, with whom Hey Rosetta! share management. Doogan was able to “deepen the dynamics” on Seeds, according to Baker, focusing on one song at a time to create a tonal distinctiveness for each track.

Baker, meanwhile, took a new approach to his songwriting. “There was a time when I wanted every song to be everything,” he recalls. “Fast and slow, up and down, loud and soft, all in one song. I realized the beauty of just letting a song be one thing, without a lot of tempo changes and big builds. Just a simple song that’s undeniably good.”

Production and songwriting strategies paid off. Seeds debuted at #3 at iTunes Canada, while the singles “Yer Spring” and “Welcome” topped the charts at Canadian radio, helping the album to achieve in excess of 20,000 in sales. Touring in support of Seeds, Hey Rosetta! took its passionate live show back to the United States, Australia and Europe, where the band continues to build a devoted fan base. And it shared stages in Canada last summer with Buck 65, Broken Social Scene and the Tragically Hip.

Baker sometimes gets mentioned alongside the Hip’s Gord Downie for his ambitious lyricism. But the Hey Rosetta! frontman, while flattered, rejects the comparison. “Gord is much freer than I am,” says Baker. “He has this ability to connect disparate lyrical images and make them really powerful. I write almost like an essay, putting forth an idea and then try to make it palatable and rhythmic and catchy but still maintain the cohesion of the idea. I’m still stuck in that old-fashioned way of writing.”

For Brunt, Baker is the epitome of a literate songwriter, which is why he’s featured the band twice at the Woody Point writer’s festival. “Tim loves language and ideas and he’s not frivolous in any way with his lyrics,” says Brunt. “They’re deeply felt and deeply thought out. He’s a serious, honest writer and his lyrics have a strong emotional streak. Ultimately, I think his writing is sophisticated without being self-consciously literary.” 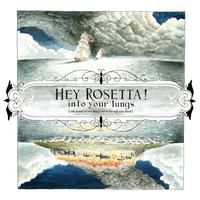 Baker, who went through a phase where he read every John Steinbeck novel, makes no apologies for his bookish approach to songwriting. “I read a lot and I’m influenced by that,” he says. “If you’re going to write words, why not study really great writers and take a page from them?” He adds: “If you’re going to get up in front of a room full of people and basically yell things, which is what a band does, you should really make them worth yelling.”

The year 2012 promises to be another filled with plenty of touring and yelling, as Hey Rosetta! performs again at summer festivals and headlines their own bigger concerts. With luck, there’ll be time in fall or winter to start recording the band’s next album. But first, Baker will have to find time to write another album’s worth of songs.

“Whenever I’m home, that’s all I want to do,” he says. “It’s the happiest I ever am is after I’ve written a song. I miss it so much when we’re touring.” Does he have anything yet in the can? “I’ve got a few things, but it’s hard to know what’s going to work with the band,” he replies. “I’m definitely a pack rat of ideas. I like to save every little image or melody and try to stick them all together. Sometimes they come out like little Frankensteins. Nothing compares to sitting down at night and just receiving a song and in half an hour it’s done. But that doesn’t happen very often.”

Baker admits that in order to meet Hey Rosetta!’s demand for songs (not to mention the novel he’d like to one day write), he’s going to have to create the right time and space. “I don’t have a writing cabin or anything like that,” he says. And life on the road has so far proven to be incompatible with songwriting. “I find it really difficult to write when there are people around,” explains Baker. “Being in a hotel room with three other people, watching TV or carrying on, I can’t find the quietude I need.” Then, imagining a more luxurious Hey Rosetta! future, he adds, with a laugh: “Maybe I’ll be able to do that some day, when I get my own hotel room.”