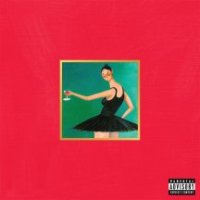 Controversy has always dogged Kanye West—through no fault but his own. The celebrated hip hop artist often mouths off at inopportune times, declaring “George Bush doesn’t care about black people” on a televised benefit concert for Katrina relief and, most infamously, upstaging Taylor Swift at the MTV Video Music Awards to proclaim Beyoncé a more deserving winner. It would be easy to dismiss West as an arrogant blowhard if he wasn’t so talented.

After establishing himself as a producer (Jay-Z, Mos Def), West launched himself as one of hip hop’s most gifted rappers. His debut album, The College Dropout, won three Grammy Awards. His following albums, including Late Registration and Graduation, also Grammy winners and major sellers, kept pushing his sound into increasingly sophisticated musical directions, with more singing, inventive samples and greater use of cinematic and orchestral flourishes. Meanwhile, the fashion-conscious artist was named one of America’s Most Stylish Men by GQ magazine.

Now West has released My Beautiful Dark Twisted Fantasy, which is certainly dark and, at times, twisted. But it’s also West’s most ambitious and, yes, beautiful album to date, full of gorgeous choral voices, lush piano epics and rich symphonic sweeps. It’s not without its ugly side, including numerous explicitly sexist references. But West doesn’t shy away from confronting his demons, especially on “Runaway” and “All the Lights.” And the seriously spooky “Monster” is nothing short of genius. Full of contradictions—and controversy—My Beautiful Dark Twisted Fantasy could well be West’s magnum opus.