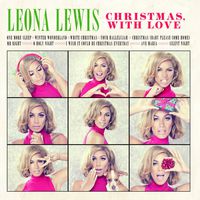 With her four-octave range and taste for emotive r&b, it’s easy to see why Lewis became known as England’s Mariah Carey. The 28-year-old star rose to fame in 2006, after winning the third season of The X Factor. Since then, she’s sold over 28 million records and experimented with new styles like dubstep and electronica. Now Lewis has released a Motown-style album and it’s a bona fide holiday treat. “Every year in my house I play a lot of Motown music, especially at Christmas, and especially Phil Spector records,” Lewis explained, “so that’s where the influence comes from.” Technically, there’s only one song drawn from that tradition: “Christmas (Baby Please Come Home),” originally recorded by Darlene Love. But Lewis gives several other numbers, including “White Christmas” and “Winter Wonderland,” the same infectious vibe. Getting into the holiday spirit clearly suits the gifted singer, whose own “One More Sleep” sounds like a future Christmas classic.