Gordon Lightfoot - Before he went solo Before he became the quintessential troubadour and one of the world’s greatest singer-songwriters, composer of such classics as “Early Morning Rain,” “If You Could Read My Mind, “Sundown” and “Carefree Highway,” Gordon Lightfoot sang in a fledgling pop duo called the Two Tones. 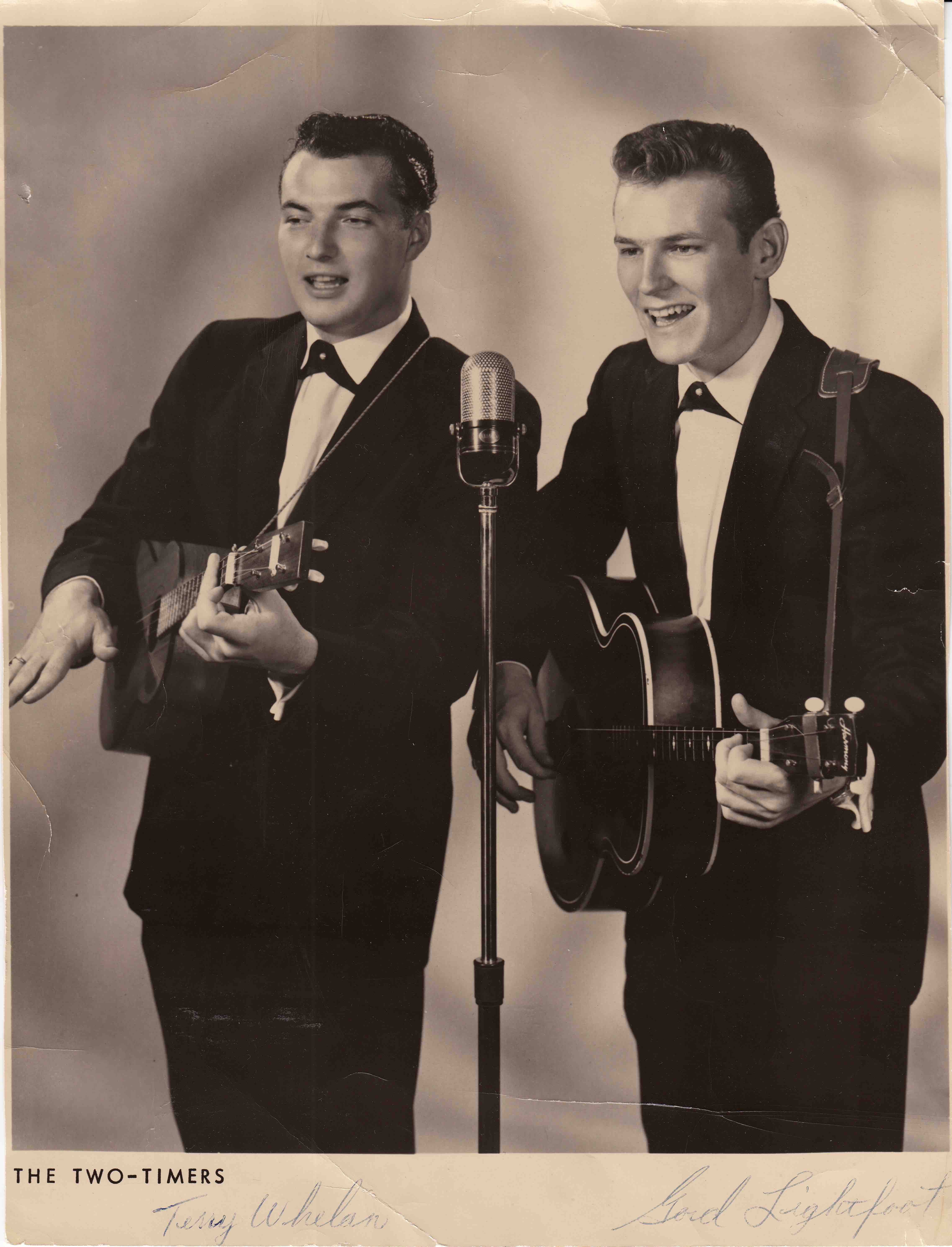 Together with Terry Whelan, a high school classmate from Orillia, Lightfoot started out first in a 1950s barbershop quartet called the Teen Timers. When the quartet broke up, he and Whelan formed a teenage duo that they initially called the Two Timers, a roguish variation on the former group’s name.

Dressed in suits with slicked-back hair, the Two Timers fancied themselves an Everly Brothers-style act. With Lightfoot playing tenor guitar and Whelan on baritone ukulele, they sang Everly songs, country ballads, the occasional Irish folk song and often a Harry Belafonte number. Gigs included performances at Orillia’s Pavalon ballroom and, significantly at Toronto’s Collegiate Club, a teenage nightspot that had once showcased 1950s vocal stars the Four Lads, the Diamonds and the Crew-Cuts.

With the help of Toronto impresario Billy O’Connor, the Two Timers also landed the occasional appearance at a Kiwanis Club benefit and the Pyramid Room at the Prince George Hotel. With astonishing hyperbole, O’Connor boasted to that the duo had a “better sound than the Kingston Trio.”

In a wise move to sound more sophisticated, Lightfoot and Whelan changed their act’s name to the Two Tones. Almost immediately, the pair began getting better gigs—including an appearance at the second annual Mariposa Folk Festival in Orillia in the summer of ’62. By this time, Lightfoot himself had landed a well-paying gig as a singer and square dancer on CBC TV’s popular Country Hoedown. Now an aspiring songwriter, Lightfoot soon caught a big break and performed his ballad “Remember Me (I’m the One)” on the program. 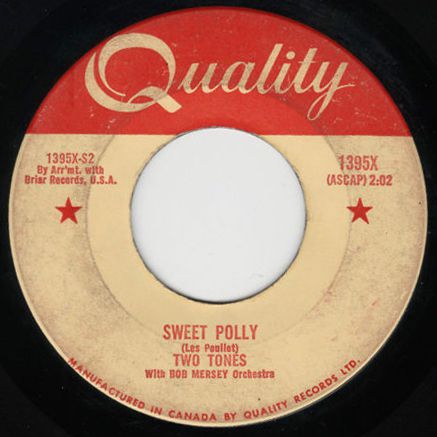 Through Lightfoot’s connections, the Two Tones also got to perform on television, appearing on CBC’s While Were Young with their renditions of Belafonte’s “Don’t Ever Love Me” and the Mexican-flavored “Three Caballeros.” And through Art Snider, a local music producer, the Two Tones went into the studio and made their first recording, a single featuring their covers of “Lessons in Love” and “Sweet Polly” that came out on the Quality label. 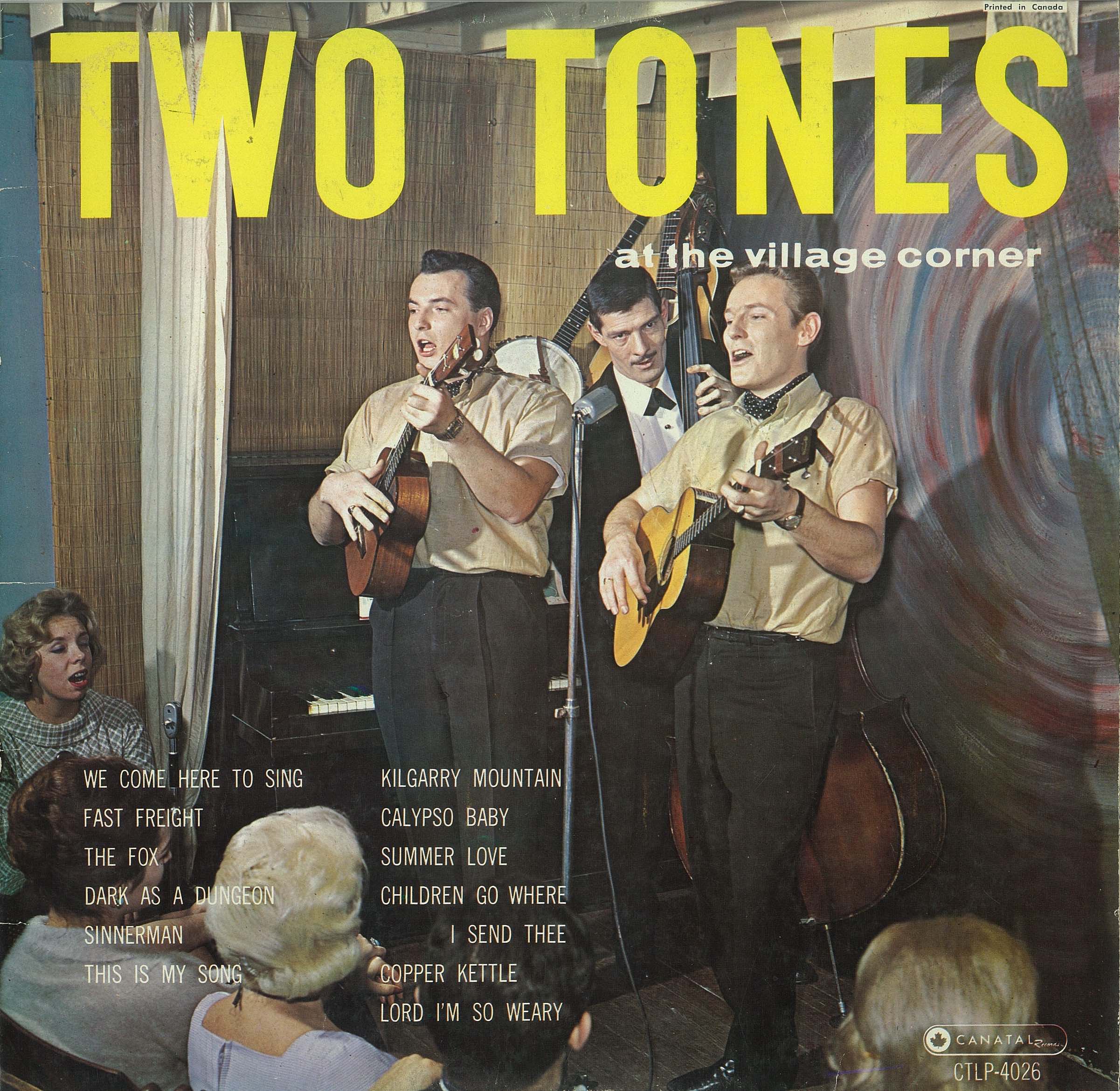 The Two Tones’ swan song was a full album, a live recording made at a Yorkville coffeehouse that Snider produced for his own Chateau record label. Released in 1962, Two Tones at the Village Corner featured a mix of traditional folk and country songs, calypso tunes and a couple of surprises: a spiritual popularized by Nina Simone, “Children, Go Where I Send Thee,” and, more significantly, a brand new Lightfoot composition, “This Is My Song.”

Not long afterwards, the Two Tones broke up. Lightfoot had decided to go it alone and establish himself as a solo artist. His experience in a duo had shown him the way. Now Lightfoot was determined to make it on his own.