For some people, ska music died with the passing of Britain’s two-tone movement in the 1980s. But they only knew it as a post-punk dance craze anyway. As Jamaica’s peppy precursor to reggae, pioneered by legends like Jackie Mittoo, Don Drummond and Prince Buster, ska has a long and vibrant history whose influence still reverberates today.

In England, the ska banner was first held high by Desmond Dekker, a Jamaican singer whose songs “007 (Shanty Town)” and the classic “The Israelites” sent syncopated shock waves across radioland in the 1970s. By the end of the decade, ska was bubbling up big time in Old Blighty, with two-toners The Specials and The English Beat opening for the likes of Elvis Costello and The Clash.

Into those heady days stepped Adrian Miller, Mr. Rude Boy himself, a young Jamaican who found England’s music scene totally inspiring. “The whole climate was more experimental than what was going on back home,” recalls Miller. “There were older musicians like Saxa and Rico, who had first started doing ska back in Jamaica, playing with young groups like The Beat and The Specials. It was an amazing time.”

Bitten by the ska bug, Miller carried the infectious beat back to Canada. Landing in Malton, a Toronto suburb so rich in music that he quickly dubbed 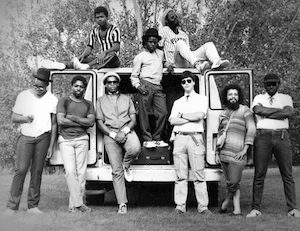 it “the Liverpool of Canada,” Miller met other aspiring players like Devon Martin and Roscoe Christie. Together, they formed the 20th Century Rebels, a now legendary Toronto band that was the first in Canada to seriously work the ska groove. Fronted by Miller on lead vocals, the multi-racial, 10-piece band thrilled audiences with their horn-driven, politically charged songs. In 1984, they released their only recording: Rebelution, a critically acclaimed EP.

Malton, meanwhile, was also where producer Jerry Brown set up Summer Records, a recording studio that regularly attracted the likes of Jackie Mittoo, Stranger Cole, Leroy Sibbles and Johnny Osbourne, all Jamaican artists who had settled in Toronto. The Rebels would hang out at the studio, soaking up the vibes and meeting many of their heroes, including U-Roy and Toots Hibbert. It was, Miller muses, an incredible hot spot. “There was so much musical activity there,” he enthuses. “It was where Willie Williams wrote and recorded his “Armagideon Time,” which The Clash later covered and made famous.” 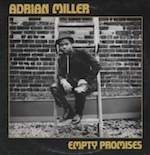 When the Rebels broke up in the mid-’80s, Miller took the solo route and recorded his debut, Empty Promises. With its heavy emphasis on romantic funk numbers and gentle r&b ballads, the album seemed a radical departure. Still, it earned a Juno Award nomination and gave the singer the chance to showcase his life-long love of soul. As Miller admits: “I’ve always been as much a fan of Otis Redding as Desmond Dekker.”

But with Rude Boy on the Bus, Miller has once again donned his pork-pie hat and thrown himself headlong into the fast, frenetic world of ska, boasting ska’s trademark high energy. The album also showcases the music’s elasticity, mixing rock, funk and even jazz with the hyperactive beat.

Miller himself is in rare form. The pint-sized dynamo, who’s kept his vocal chops sharp on Toronto’s club circuit, belts out supercharged ska and mellow reggae with equal authority. Numbers like the mid-tempo “Who You Foolin’ Now?” and the funky “Walk This Land” feature a feisty Miller, while ballads such as “She Do That Hoodoo,” with its laid-back swing, have him scatting effortlessly like a vintage jazzbo. Perhaps most valuable, for those who missed him the first time around, are the updated Rebels classics: a crisp, post-Cold War rendition of “F.B.I.” and an edgy, ’90s version of “Unemployed Expert.”

But with the buoyant title track, based on a first-hand experience Miller had on Toronto’s transit system, the singer takes his toughest stance to date. Confronted by racist skinheads, Miller insists that he’s a peace-loving “skankster” and fun-loving “prankster.” But when pushed, he warns the gang not to mess with him. “If you’re looking for trouble,” he intones ominously over a cheeky trombone, “I’m dan-ger-ous.”

Rude Boy on the Bus proves that ska, defiant and always fiendishly rhythmic, lives on. It also serves notice that Adrian Miller, Canada once and future king of ska, is back on the throne.