Gordon Lightfoot has always been fascinated by big mechanical things like trains and boats and planes, and man’s relationship to them. Three of his most famous songs, “Early Morning Rain,” “Canadian Railroad Trilogy” and “The Wreck of the Edmund Fitzgerald,” deal in the romance and tragedy of human interaction with the machinery of those forms of transportation.

Personal and poetic, “Early Morning Rain” expressed a palpable longing while expertly contrasting the rural past and urban present in one brilliant line about freight trains and jet planes. Lightfoot placed himself directly in the story, summoning his own experience of travel and homesickness for inspiration. His memories of big 707s taking off at the Los Angeles airport, a rain-soaked runway and feeling a long way from home gave him his first great song.

“The Wreck of the Edmund Fitzgerald,” about the sinking of an iron-ore-carrying freighter on Lake Superior, drew poignant attention to the 29 men who died in those frigid waters. It wasn’t the first time Lightfoot had written about a shipwreck. He’d previously penned “The Ballad of Yarmouth Castle,” about an old U.S. steamship that ran pleasure cruises to Nassau, in the Bahamas, had caught fire and sunk 120 miles east of Miami, taking eighty-five passengers and two members of its crew down with it.

“Shipwrecks are different than your coal mine or railroad disasters,” Lightfoot once said. “They have a different quality, a mystique and mysteriousness. Witnesses usually don’t live to tell the tale.”

Similarly, “Canadian Railroad Trilogy,” commissioned by the CBC for Canada’s 1967 centennial celebrations, was not the first song Lightfoot had written about trains. Two years earlier, he’d taken an eighteen-hour train trip up to Moosonee, a mostly Cree community, on the shores of James Bay. He wanted to see the wilderness and find inspiration in Ontario’s remote north or, as he put it, “absorb the whistle stops.” There were plenty of stops on the 520-mile train trip north to Moosonee and back. It proved highly useful, resulting in a pair of brand new compositions, including “Steel Rail Blues.” 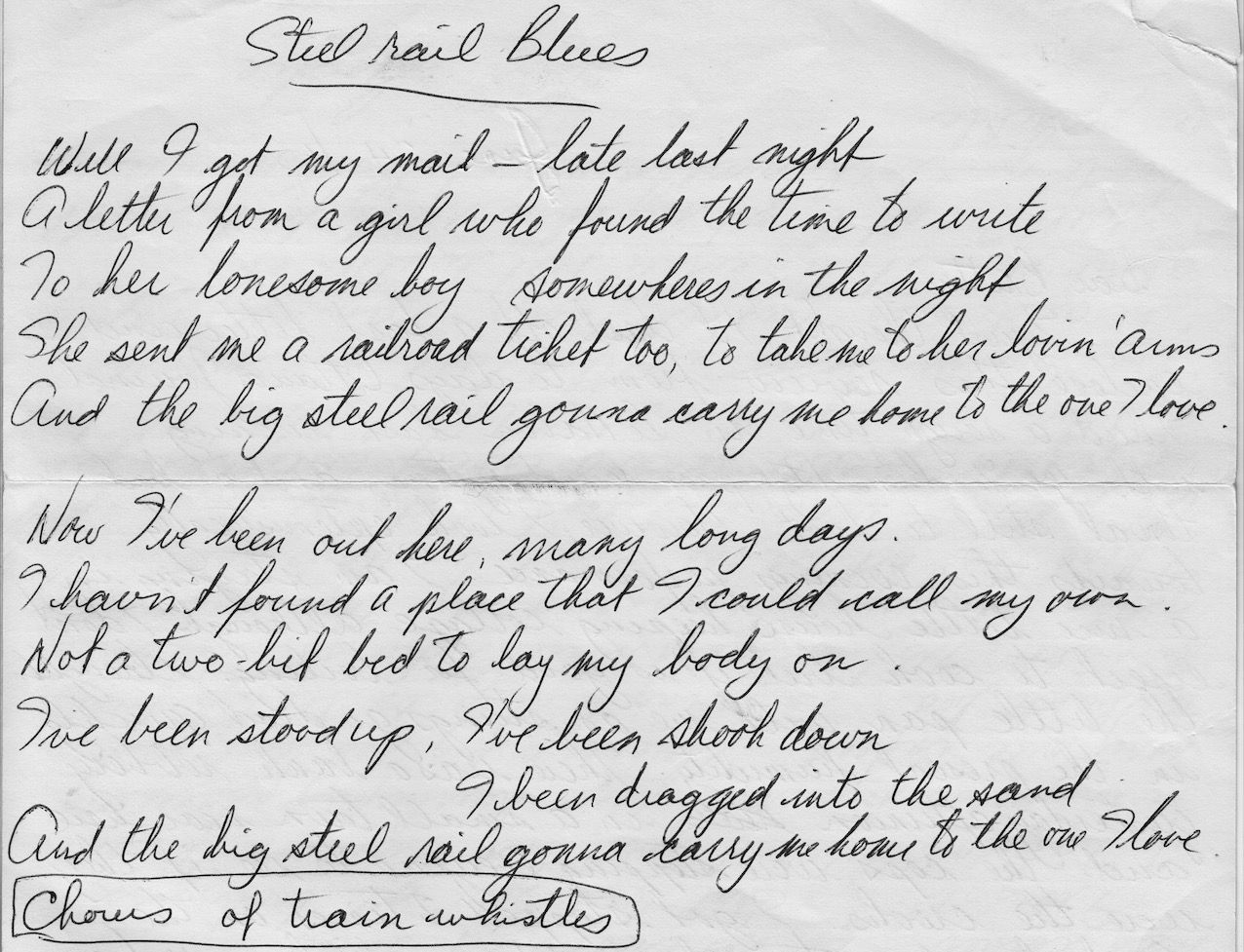 Over a finger-picked guitar and Lightfoot singing of the “big drive wheels a-pounding along the ground,” the song reflects all the yearning for a loved one. The refrain tells of his hope that “the big steel rail gonna carry me home to the one I love.” In a letter to his wife, Brita, Lightfoot wrote: “I sent John (Albert Grossman’s partner John Court) a tape of a great new one, 'Steel Rail Blues,' the best I’ve written in the last six months. The audiences love the thing. I’m very happy about it. It is another fast written one.” Lightfoot included in the letter his handwritten lyrics. 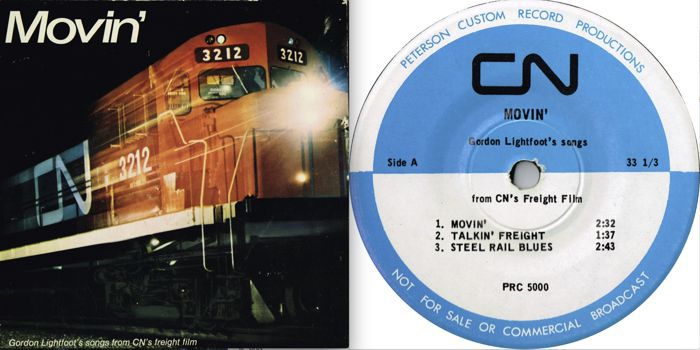 The song got the attention of executives at the Canadian National Railway, who approached Lightfoot about music for a CNR promotional film, Movin’, about its freight service. Lightfoot agreed to license “Steel Rail Blues” for the project and composed two additional songs: “Movin’” and “Talkin’ Freight.” All three were included in a 7-inch EP CNR also released. Lightfoot also agreed to appear in the film.

Movin’ shows Lightfoot talking about trains, standing on tracks and in freight cars. It also features him performing his railroading songs at Yorkville’s Riverboat coffeehouse. “The ribbons of highway and roads of steel,” Lightfoot sings in “Movin’, “it’s a time to be alive!”