Any traditional music from the British Isles, when played well, can breathe history as if aged in wood. A pair of young Irish folksingers stopped briefly in Toronto to give listeners a taste of the bittersweet ballads and jaunty jigs from another era.

Paul Brady and Andy Irvine are former members of Planxty, a now defunct Irish band whose versatile music won them fans all over Europe. As a duo, Brady and Irvine provide all the moods and memories of their homeland, captured in songs of classical splendour.

Their performance at the University of Toronto’s Faculty of Education Auditorium gave the audience tales as strange as the instruments to which they’re sung: “Wearing the Britches,” an admittedly “sexist” ditty, laments the situation when a man loses control of the household to his domineering spouse. The songs featured the unusual sound of two bouzoukis finger-picked in harmony. A bouzouki is a four-stringed wooden instrument, not unlike a lute in appearance, with a long neck and a deep melodic resonance. 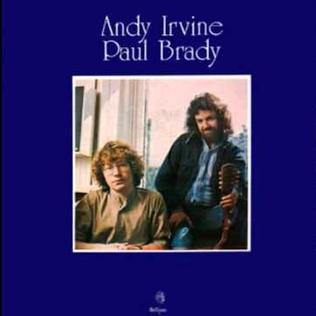 Undoubtedly, the hurdy-gurdy of Andy Irvine took many ears by surprise. It has the capacity to sound at once like the buzz of a fiddle, the hum of bagpipes and the long drone of a sitar. The hurdy-gurdy, noted in a Donovan song, is a wood instrument played on the lap with one hand turning a crank and the other pressing keys as if on an accordion. Its eerie whine was effectively used in several songs, including “As I Walked Out” (an encore number) with the gentle vocals of Irvine complimenting Brady’s guitar.

The stage presence of Brady and Irvine was particularly felt during “The Jolly Soldier,” a ballad about an Irish family feud. At a seemingly cued point in the song, a girl in the audience ran up the aisles weeping while two pugilists slugged it out in the first row. Brady and Irvine managed to keep their composure until the end of the song and then thanked the audience for helping “act out the lyrics.”

Some of the songs Brady and Irvine sing are about the Irish immigrants to America after the Great Famine in the early 1800s like “Paddy’s Green Shamrock Shore.” Others tell the stories of Ireland’s war-tarnished history. Paul Brady’s superb voice and strong guitar playing highlighted “Arthur McBride,” a sarcastic tale about the cruel conditions under which many Irishmen were conscripted into war.

Paul Brady and Andy Irvine are traditional balladeers. They are also skilled musicians whose virtuosity is visible in their mastering no less than nine classical instruments.

If you ever get a chance to see them perform live, don’t pass it up. They’re a pure pleasure. If you don’t get that chance, listen to their album. A limited number of copies of their debut release are available at the Toronto Folklore Centre and the Irish Shop, both on Avenue Road. It’s released on the English Mulligan Music label.

Originally published in the eyeopener 7 April 1977