Norah Jones never stays in the same musical place for long. Since the runaway success of Come Away With Me—the “moody little record,” as she describes it, that launched her career in 2002 swept the Grammys and sold over 20 million copies worldwide—the singer-pianist has defied categorization, releasing half-a-dozen diverse solo albums and singing with artists ranging from Willie Nelson to Outkast. Now Norah, 37, has returned to her roots. Day Breaks finds the “Come Away with Me” singer working with legendary musicians like saxophonist Wayne Shorter and drawing influence from a wide range of jazz. Along with covers of Duke Ellington and Neil Young, there are fresh original numbers including “Burn,” “Carry On” and “It’s a Wonderful Time for Love” that explore romantic and socio-political themes. We spoke with Norah about confessional songwriting, motherhood (she has two kids under 3), acting and staying grounded.

You’re a very private a person. How do you balance that with songwriting?

If there’s something too personal, you can either not put it in there or else lie through your teeth about it (laughs). You should never limit yourself. Generally, if something is very personal, it’s usually going to make a better song.

It was and it wasn’t. You can heavily dramatize something to make a better song—like a film based on a true story, that’s how songwriting can be. You take a raw feeling and turn it into something extraordinary. That album got played up in that way.

So don’t sensor yourself but amplify the good bits?

Oh yeah, that’s the fun part! Who wants to hear a song about medium heartbreak, you know? “I was kind of sad, but I think I’m going to be okay” doesn’t cut it. You’ve got to really go for it.

Has motherhood changed your songwriting?

I think it’s affected the way I hear love songs. You think of them one way until you have kids and then it’s different. Like (Brian Wilson’s) “God Only Knows”—I now think of that song as being about my (two-year-old) son. And there’s a song on my new record, “And Then There Was You,” that I started writing about my husband while we were dating. But after we had our son I realized ‘This song is tailor made for you, kid!’ So becoming a mother has affected how I think about love in music.

Does having kids put a crimp in your touring?

I’m going to have to take them with me. The three-day trips I can manage, but longer stretches like in Europe are going to definitely be different. But I’ve got some good help. I hope it’s going to be an adventure—and not in a dramatic way.

Do you have friends or colleagues in the music world who can give you advice?

I have one friend who’s been doing it. I should call her. I think my son is at a good age—he’s passed the hump of non-communication. He’s really fun. My baby daughter is still young enough where she’s not in that frustration and scream zone. She’s just a blob! She sleeps a lot. I’m hoping she’ll be the mellow one so it’ll be okay next summer when we want to do some stuff.

With all your traveling, are there unusual places where you’ve heard your music being played?

Occasionally in a restaurant, but nothing super exciting.

Have you ever asked a restaurant to take off your CD?

The only time I’ve ever done that is if they know I’m there and they play it on purpose.

You’ve done some acting work. What’s been your most memorable experience? 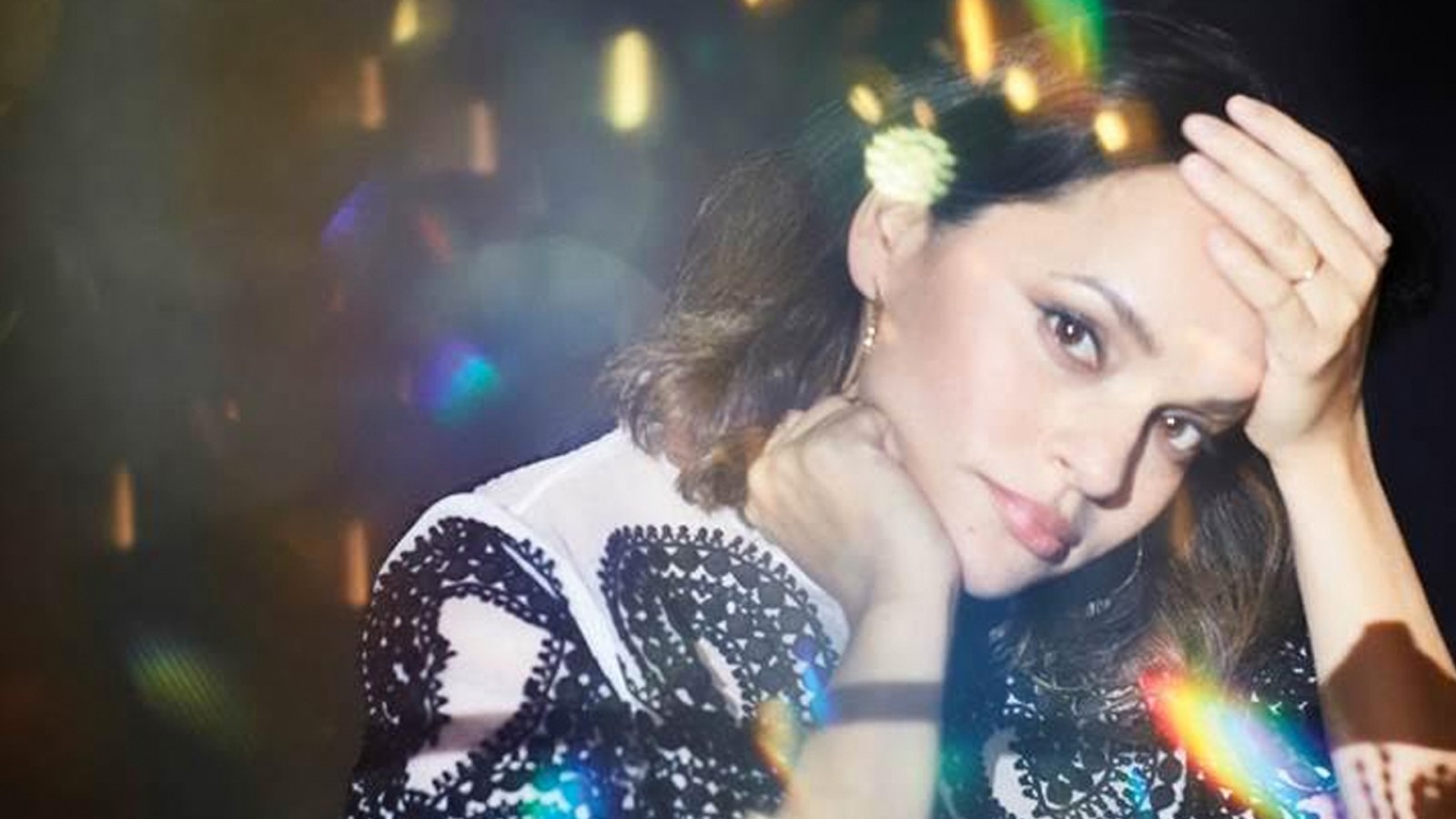 Definitely [the 2007 film] My Blueberry Nights because I was so involved. That was a really great experience, super life changing. I also met a lot of good people and made some girlfriends in the crew that I’m still really good friends with. The whole crew and cast really welcomed me with open arms as a newbie. I had never acted before and here I was playing the main part in the movie. They were all super kind and loving and helpful without being condescending. They could see how terrified I was. But they helped me blossom, which gave me more confidence.

Is there more acting in your future?

Not at the moment. Acting is something I would totally do again if it made a lot of sense, if it was a part I was interested in and if I had time to do it.

A lot of people go a little crazy with success, but you’ve always seemed to stay incredibly grounded.

I’ve always been surrounded by a lot of people, whether it was my family or my band, who didn’t buy into the bullshit and wouldn’t let me go too far in that direction without saying something. That’s really helped me.

That’s what is fun about it. If I couldn’t do that, I’d be depressed and I probably wouldn’t make music. If I had to be tied to one thing, chasing hits, that would be hard for me. I can’t make music that way. So I just follow what’s inspired me over the years, which is totally random things.