It’s a chilly March night in Toronto during a brutal winter seemingly without end. But inside the Lula Lounge, the city’s home of Latin, jazz and world music, it’s a tropical heat wave as Mexican roots star QuiQue Escamilla is performing his fiery blend of ranchera, mariachi, huapango, blues rock and reggae.

For the folky number with Cadman, Escamilla sported a sombrero, Mexico’s traditional wide-brimmed hat. On “Máscara de Esperanza (Mask of Hope),” a punky-reggae song of protest, he donned a black balaclava to show his support for the Zapatista Army of National Liberation, the revolutionary group from his native Chiapas, Mexico’s southernmost state.

The headgear, like the musical styles, reflects the cultural and political influences Escamilla absorbed before moving to Canada in 2007. “I listened to as much rock and reggae as I did Mexican music growing up,” explains Escamilla. “I sometimes get compared to Manu Chao, which I understand because it’s danceable and political. But it doesn’t really represent our particular music. I’m more interested in introducing people to Jose Alfredo Jimenez (mariachi composer of “Canción Mixteca” and “El Jinete,” also on 500 Years of Night). He’s like Mexico’s Johnny Cash.”

Escamilla has previously shown his affinity for the original Man in Black, having performed a spiced-up Mexican version of “I Walk the Line” with Jim Cuddy, during Blue Rodeo’s Interstellar Rodeo music festival. “We gave that a sort of polka feel,” he recalls. “And I put the hat (sombrero) on for that one, because I wanted to show people where I’m coming from. People loved it.”

Growing numbers have been falling for Escamilla’s fusion. This summer, he and his band will tour Canada’s music festival circuit, building on the buzz he generated at many of those same events last year. Although only one of the songs on his new album is in English (the sultry title track), Escamilla conveys plenty of emotion through his music and Spanish vocals—much of it decrying the political situation in Mexico. 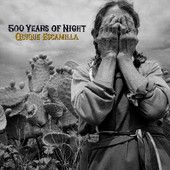 “I can’t think of doing art without purpose, making music for social change,” he states. “People might not understand my lyrics, but if I get their attention maybe they’ll go home and research the Chiapas movement or the struggle of indigenous people for equal rights and justice. That’s my hope.”

Escamilla points out he’s also drawn to songs of unrequited love, like those made famous by his hero, Jimenez. Alongside the political songs on 500 Years of Night is Escamilla’s own “Fruita de Amor.” “It’s a love song,” he explains, “but it’s about the power of love. And that,” he adds with a smile, “is the strongest thing of all.”