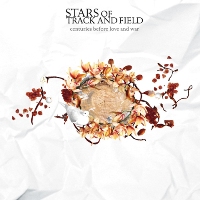 Is this Portland trio really the new Coldplay? Listening to Kevin Calaba’s dreamy voice and the group’s soaring songs, it’s easy to think so. The band’s “Movies of Antarctica” is a giddy slice of guitars and electronic programming that aims for arena-rock greatness. And Calaba’s and guitarist Jason Bell’s harmonies on “Arithmatik” are undeniably cool. But as emotionally rich as “With You” is, it never climaxes as powerfully as Coldplay’s “Fix You.” Ultimately, the new kids on the alt-pop block can’t quite win the foot race.