The Silver Dollar is one of Toronto’s most historically significant music venues. Along with its important role as a blues bar for 16 years (1994-2010), it provided a regular showcase room for rock, jazz and bluegrass music.

The earliest known band to play there was Tommy Danton & the Echoes, a gold-lame-suited group fronted by a Sinatra-style crooner that performed a popular mix of jazz and rhythm 'n' blues. Danton and the Echoes (pictured below at right) had a long residency at the club, after it opened in 1958.

In the ’70s, when the Dollar was a strip club, the house band included notable jazz players John T. Davis (B3 organ) and Tommy Okie (drums) who brought in sax great Jim Heineman. That group defined the Dollar during the ’70s and served as an influential workshop from many of the city's other jazz musicians.

With rock music, under influential promoter Dan Burke, the Dollar has become associated with important local bands such as the Deadly Snakes and Death from Above 1979. The club figured prominently in the Snakes’ history, from its formation in 1996 to it disbanding in 2006, when it played its last concert there.

The importance of the Dollar as a premier blues venue in Toronto cannot be overstated. Just as the Horseshoe Tavern was Toronto's home of country music during the 1950s and '60s, the Dollar played that role for blues during the 1990s, when Gary Kendall was the booking agent.

Blues authorities such as Richard Flohil and the Globe & Mail’s Brad Wheeler both cite the legendary Bobby “Blue” Bland’s appearance there on August 20, 1999 as memorable and a continuing sign that the club regularly carried the standard for blues in Toronto.

Veteran Canadian blues band Fathead held a residency at the club, as did Downchild, and recorded its album Livelier Than Ever there. The great keyboardist Curly Bridges, who once played with Yonge Street r&b legend Frank Motley, also recorded an album at the Dollar.

Bluegrass has also enjoyed a regular home at the club, with the weekly High Lonesome Wednesdays showcase becoming a popular local event, featuring groups like Crazy Strings and the Foggy Hogtown Boys.

The allure of the Silver Dollar as part of Toronto’s nightlife was once cited by celebrated writer Elmore Leonard. In his novel Killshot he wrote: “Try to come along Spadina Avenue, see that goddammed Silver Dollar sign, hundreds of light bulbs in your face and not be drawn in there.”

Now the historic club and its landmark sign have received official status as a heritage site. 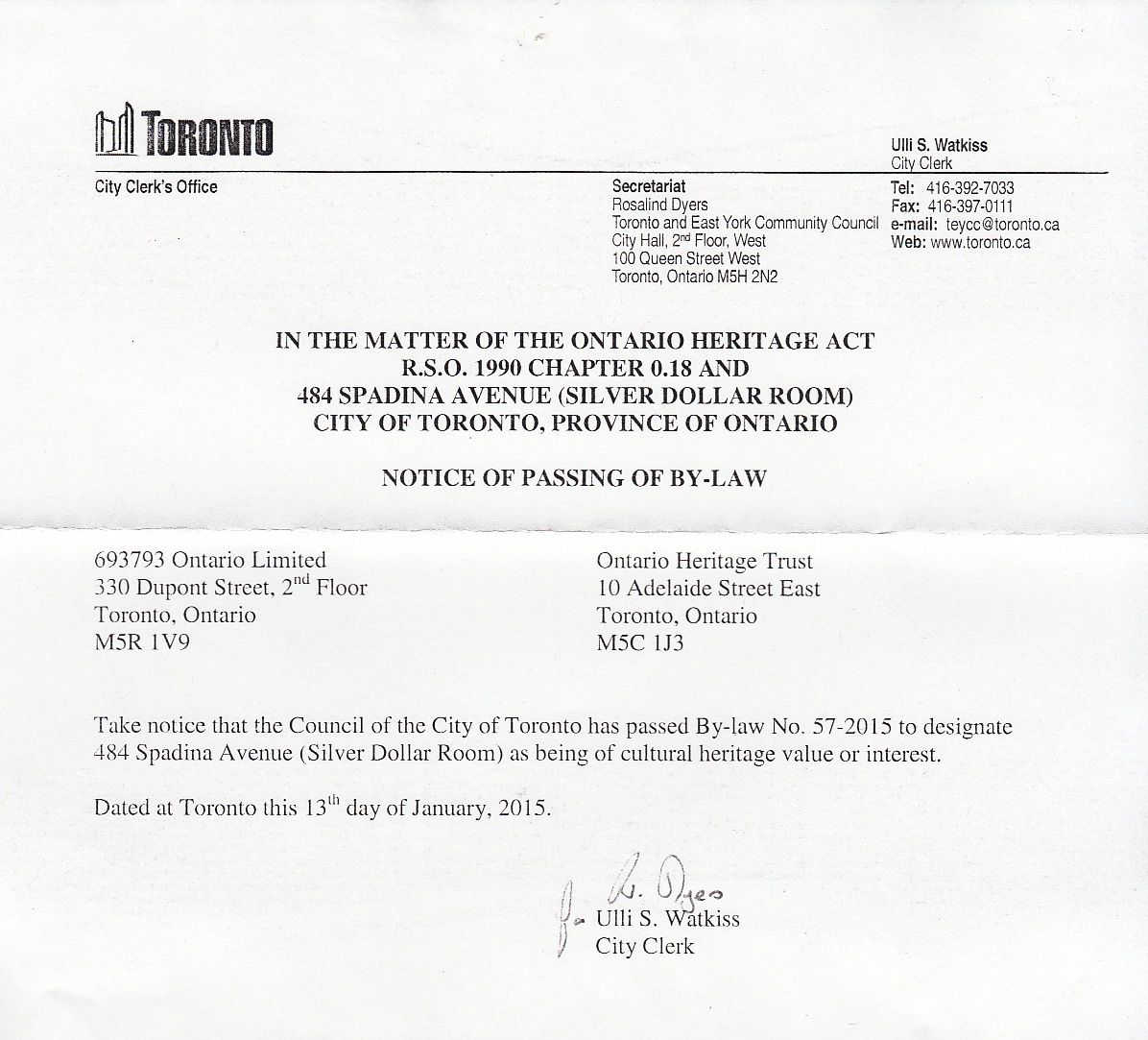