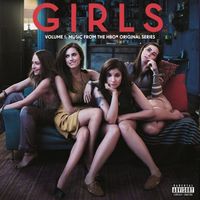 When TV’s Girls debuted last year, its creator insisted that although her series also dealt with New York women, it wasn’t another Gossip Girl or Sex and the City. “Gossip Girl was teens duking it out on the Upper East Side and Sex and the City was women who figured out work and friends and now want to nail family life,” said Lena Dunham, also a star of the series. “There was this whole in between space that hasn’t really been addressed.”

Focusing on the lives of four women in their early 20s, Girls became a runaway hit. Its soundtrack is equally refreshing, offering infectious indie-rock from Fleet Foxes, melodic pop from Fun and retro-cool from Canada’s Tegan & Sara, who cover the Rolling Stones’ “Fool to Cry.” But best of all are the raw dance-pop numbers from Robyn and Santigold, who provides the series with its dynamic title track.