Various artists - The Music of Nashville: Season One, Volume One 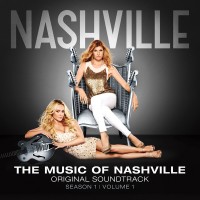 One of the best new shows on television, Nashville is set in the country music capital about musicians struggling to make it or stay afloat in the industry. Connie Britton (Friday Night Lights) stars as Rayna James, an aging superstar competing with younger, sexier Juliette Barnes, played by Hayden Panettiere. The actors can really sing and the songs, woven seamlessly into each episode, have an appealing authenticity.

Produced by Grammy and Oscar winner T-Bone Burnett, Nashville’s soundtrack offers fans a tasty, twangy souvenir. Some of the best tunes are those by Elvis Costello and the Civil Wars’ John Paul White, whose “No One Will Ever Love You” provides a bittersweet duet for Connie Britton and Charles Esten, who plays her musical soulmate. Other highlights include the sultry “If I Didn’t Know Better,” by Clare Bowen and Sam Palladio, an aspiring duo in the series, and Hayden Panettiere’s performance of the sassy “Telescope,” already a hit on country radio.