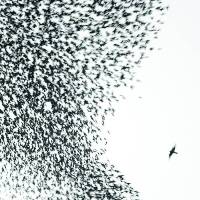 The Chicago rock legends have released some inspired albums, from 1996’s classic Being There to 2004’s Grammy winning A Ghost is Born. Fueled by leader Jeff Tweedy’s fertile imagination, the group’s latest features the folky opening gem “Either Way,” the funky “Walken” and the Band-like “You Are My Face.” “Impossible Germany,” with its clever rejoinder “unlikely Japan,” is a clever observational road song, while the moving “Hate it Here” is Tweedy’s spirited tale of heartache and housework.