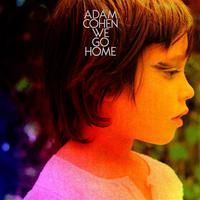 Adam Cohen is the first to admit that being the son of Leonard Cohen is a blessing. But he also confesses that he once struggled to step out of his father’s considerable shadow and establish himself as a musician. Adam’s breakthrough came with his 2012 album, Like a Man, a collection of acoustic, lovelorn songs in which he says he finally found his own voice. His new album, We Go Home, deepens his role in the singer-songwriter tradition and what he calls “the family business.” Recorded in two of his childhood haunts, his father’s homes in Montreal and on the Greek island of Hydra, it connects Adam, 41, to Leonard and to Adam’s own son, seven-year-old Cassius. 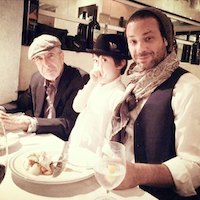 What drew you to record in Montreal and Hydra? A lot of poets, including one I know quite well, have said that you have to go where the juice is. My muse was the idea of connectivity, honoring legacy while staying true to my own voice.

What kinds of things did you learn from your dad? Humor, hard work and dedication to one’s vocation. Also that working at a craft is a privilege and requires arduous self-discipline and tenacity to balance that with things like parenting.

Can you give an example of his humor? The guy is regarded as the prince of darkness, but he’s actually one of the funniest and most light-hearted people you could ever meet.

What kind of father do you aspire to be? Someone like my old man, who ensures that love and affection ultimately triumphs over everything.