Art of Time Ensemble with Steven Page - A Singer Must Die 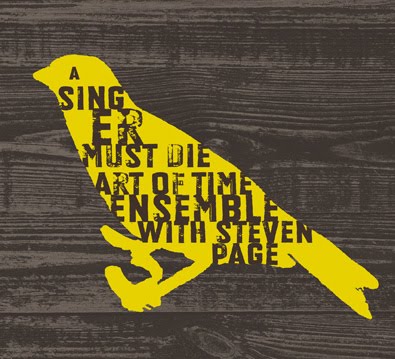 Steven Page has always been blessed with what he calls a “Big Voice.” Before he formed Barenaked Ladies with classmate Ed Robertson, the Toronto native was a shy youngster who found that singing enabled him to come out of his shell. After belting it out in choirs and at summer music camps, Steven’s voice became one of the signature sounds of Canadian pop, as the Ladies conquered the music world.

Steven’s story took on more grown-up dimensions in recent years with his separation from his wife, arrest for drug possession and subsequent split with his group. The break has proven fortuitous. Says Steven: “Liberated from the self-imposed image of Canada’s Good Time Band, I was able to explore other styles of music, and other modes of expression.” Last summer, he wrote the score for a theatrical production at the Stratford Festival and toured music festivals accompanied only by a cellist. Now, Steven has put his Big Voice to the test with A Singer Must Die.

Working with the Art of Time Ensemble, a group of jazz and classical instrumentalists, the former Lady tackles songs by composers such as Leonard Cohen and Elvis Costello and gives them a daring new spin. A Singer Must Die’s best moments come with Steven’s heartfelt interpretation of Rufus Wainwright’s “Foolish Love” and his tortured take on Jane Siberry’s “The Taxi Ride.” He even offers an exuberant pop-operatic version of the Ladies’ “Running Out of Ink.” On those and other tracks, Steven’s soaring tenor shines through.