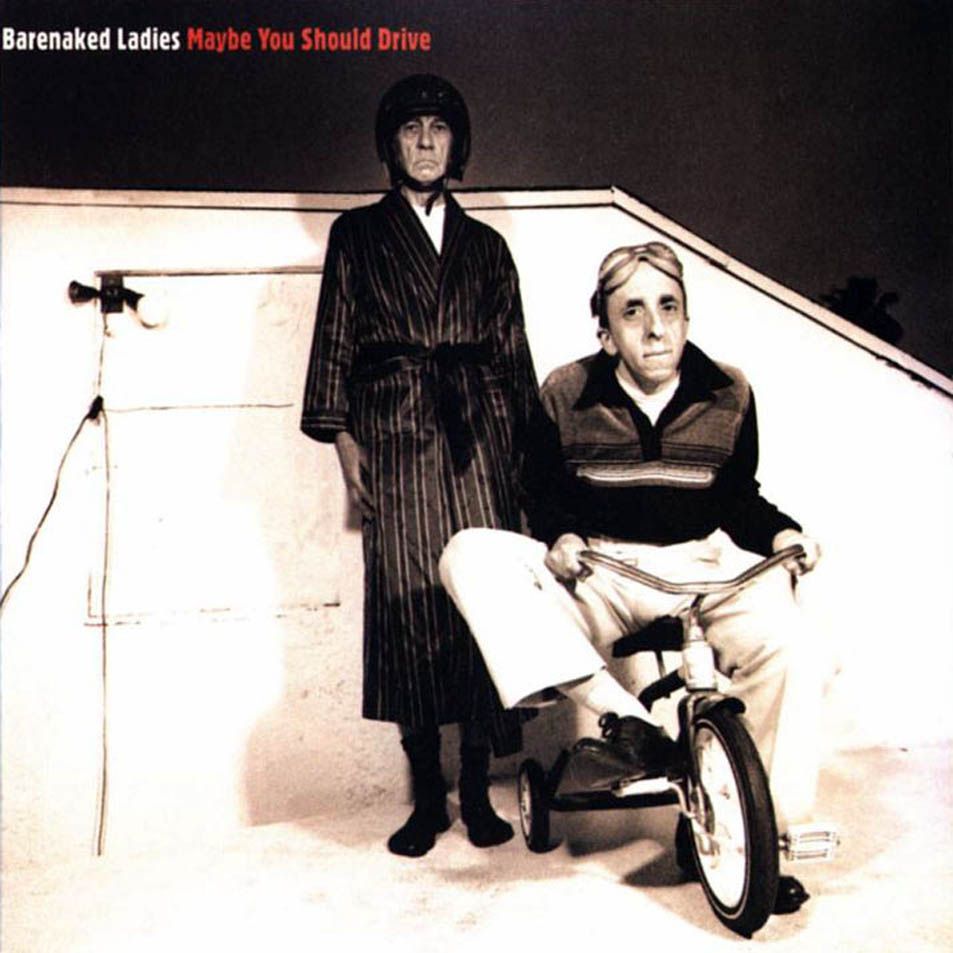 In a run-down warehouse in Toronto's west end, a film production company has spent the day trying to create a wet look for Jane, the latest video by the Barenaked Ladies. A giant screen provides a blue backdrop, and a machine spewing out clouds of smoke creates a murky underwater effect. Several large reflectors, meanwhile, give the impression of sunlight flickering beneath the water's surface. Ironically, a sudden downpour outside is making everything inside wetter than planned: rain is pouring through holes in the building's roof, forcing crew members to quickly cover equipment. Still, the filming proceeds, and each of the five band members takes his turn being shot in the aquatic setting, lip-syncing the words to the song, a sober ballad that has nothing to do with water. "In the past, our videos have been straightforward narratives," explains guitarist Steven Page during a break from the recent taping. "This time, we wanted something a little more atmospheric."

Like the rest of the recording from which it is drawn, Jane is bound to surprise the Barenaked Ladies' many fans. The Toronto-based group, which sold in Canada an extraordinary 800,000 copies of its 1992 debut album, Gordon, is best known for wacky, satiric songs about high school and pop culture. But with the release this week of its follow-up, Maybe You Should Drive (Sire/Warner), the band is boldly staking out more mature territory. Although the Ladies have retained their fresh acoustic sound, the 12-song collection--produced by k.d. lang collaborator Ben Mink--features bittersweet ballads and witty, complex tales about relationships. In stark contrast to the band's image as cute and cuddly singers of funny, politically correct pop, the new material is more introspective, with an ironic edge that seems likely to win them older listeners. And several songs, including Everything Old is New Again, are anthems tailored to the Generation X crowd. Now, with a 23-date U.S. tour beginning on Sept. 12 (a Canadian tour follows), the Barenaked Ladies have their sights set on the American market, where success has so far eluded them.

Over lunch in the warehouse where the video shoot is taking place, four members of the band--Page, 24, guitarist Ed Robertson, 23, drummer Tyler Stewart, 25, and bassist Jim Creeggan, 24 (keyboardist Andrew Creeggan, 23, Jim's brother, is still on the set)--discuss their newfound challenges. Although there is plenty of humor, the discussion turns serious at the mention of a recent Billboard article in which a Toronto record retailer called the Ladies a "novelty act" and "Barney for teenagers." Says Page angrily: "The guy used an interview with an international publication to launch a personal attack. It was a real cheap shot."

Clearly, with Maybe You Should Drive the group hopes to prove itself more than a flash in the pan. Yet Page is quick to deny that there is any conscious plan at work. "None of us sat down and said, Time to make a serious record,' " he insists. Adds Stewart: "We're older now and so is our audience." Robertson notes that, since the runaway success of Gordon, the musicians' lives have changed. Both he and Page have married and bought houses. Stewart has acquired a new car and a cottage. The Creeggan brothers, meanwhile, have invested in numerous instruments, including a grand piano. "We're far from wealthy," says Robertson, "but we're doing fine."

Products of Scarborough, a Toronto suburb, Robertson and Page formed the Barenaked Ladies in 1988, after they both worked as counsellors at a summer music camp on Georgian Bay. The two went on to write glib songs about their shopping-mall world and such pop-music icons as Yoko Ono. Their first release, a self-titled cassette, made Canadian music history as the first independent recording to sell more than 80,000 copies. Then, in July, 1992, the group released Gordon on New York City-based Sire Records, and it yielded four hit singles--Enid, Brian Wilson, What a Good Boy and If I Had $1,000,000.

With success has come a measure of fame. Some fans even showed up at the remote warehouse to ask for autographs--on everything from a Gordon CD booklet to a foam cup. "It's nice to have this recognition in Canada," says Page, "but people are always asking me, Are you a millionaire yet?' And I have to say, I may be a pop star, but I'm a Canadian pop star.' " As for why the group has yet to crack the U.S. market, band members cite a variety of reasons. "In Canada," says Stewart, "you can travel and play and people hear about you. In the States, it doesn't happen." Adds Robertson: "It's just too huge."

This week, as they head south of the border (on Aug. 24, the band appears on Late Night with Conan O'Brien), the Ladies are armed with new resolve. But, despite that ambition, they seem to have retained the playfulness that was the hallmark of Gordon. "We love touring," says Page, heading back to the video set. "That's where we have the most fun." Then, grinning at a wisecracking Robertson, he adds, "We've always said that the day we stop making each other laugh is the day this band is finished."