Billy Bryans was best known as the drummer and founding member of the Parachute Club, the Juno Award-winning political rock group famous for its anthemic hit “Rise Up.” But his credits and contributions ran much deeper and he may ultimately be remembered as a cultural bridge builder who changed the sound of Canadian music.

As a musician, Bryans performed and recorded with bands across the musical spectrum, from rock and blues to punk and African styles. At the height of the new wave era, playing in several groups at once, he was often seen pushing his drum kit on a trolley from club to club along Toronto’s Queen Street.

His work as a record producer was equally eclectic, working with everyone from rockabilly groups and reggae artists to South Asian bhangra bands. A constant trailblazer, Bryans produced the first Canadian compilation of culturally diverse pop music, which won the inaugural Juno for Best World Beat Recording—a category that he helped to usher in.

In recent years, Bryans introduced Latin music to a wider audience, producing and promoting artists while spinning the latest salsa tracks as a DJ in dance clubs. A frequent visitor to Cuba, he brought some of the island’s top acts to Canada and managed others. “He was never a tourist,” says Jose Ortega, artistic director of Toronto’s Lula Lounge. “He learned the culture and absorbed the rhythms until they were part of him. He became our man in Havana.” 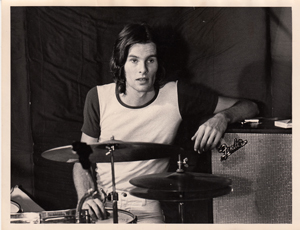 Born in Montreal, Bryans learned to play drums playing along to discs borrowed from his father’s store, Ted’s Records and Hobbies, in the west island community of Pointe Claire. As a member of MG & the Escorts, a Beatles-style band, he made his first recordings, performed at Expo 67 and opened for the Beach Boys at Maurice Richard Arena. But he soon grew restless for more sophisticated sounds.

After graduating from Sir George Williams University with a degree in English literature, Bryans moved to Toronto in 1970 and wound up at Rochdale College, Canada’s experimental university and the city’s notorious hippie hangout. There he was part of Horn, a free jazz and political rock band, and ran the college’s underground recording studio. One of its earliest clients was Downchild Blues Band, which Bryans later joined. His first taste of commercial success came co-producing Downchild’s single “Flip, Flop and Fly,” a Top 10 hit on the national RPM charts in 1973.

With his combined skills as drummer and producer, Bryans soon found himself in constant demand. His productions of the avant-garde pop duo the Time Twins caught the attention of England’s Brian Eno, who traced the otherworldly sounds to Daniel Lanois’ Grant Avenue Studios in Hamilton. Lanois credits Bryans’ sonic experiments as the catalyst for his relationship with Eno, producing U2 and others. Says Lanois: “Billy is the very man who set the tone for me to pursue adventurous work.”

One of Bryans’ most adventurous projects was joining the radical feminist rock band Mama Quilla II in the late 1970s. As the only man in the group—and at most of its performances, he added his distinctive backbeat to Mama Quilla’s edgy, angry sound. His bandmates gave him a T-shirt that read “Token Male.” 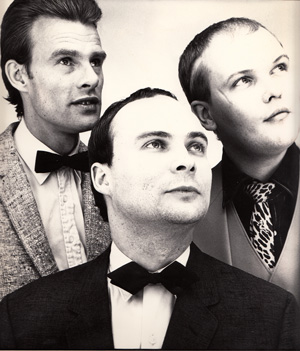 “I was very open to new ideas and got off on playing with musicians who approached things the way I did,” Bryans, nicknamed “Beans” for his string bean frame, once told an interviewer. “The Time Twins, Mama Quilla and the Government all came from different backgrounds, but they all had something fresh, a new way of putting things.”

Together with Mama Quilla’s Lorraine Segato, Truths & Rights’ Mojah and Rough Trade’s Terry Wilkins, Bryans formed V, a soca/reggae/rock group that cut across gender and race lines. Fronted by Segato, a white feminist, and Mojah, a black Rastafarian, it was a short-lived but popular band whose very makeup reflected Bryans’ vision of “an attitude with no borders, no restrictions, which includes everybody.”

Inspired by V’s cultural cross-fertilization, Bryans and Segato co-founded the Parachute Club in the summer of 1982. The band 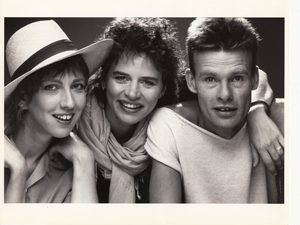 gave Bryans free reign to incorporate all his favorite funky Third World rhythms, while expressing Segato’s strong female point of view. Along with the chart-topping, Lanois-produced “Rise Up,” which Bryans’ co-wrote, the group scored hits with “Alienation,” “Boys Club,” “At the Feet of the Moon,” “Sexual Intelligence” and “Love and Compassion.”

Although the Parachute Club won four Junos, toured England, Germany and the U.S. and worked with producer John Oates, of Hall & Oates, the band began to lose its focus and called it quits in 1988. By then, Bryans had already earned another Juno for producing dub poet Lillian Allen’s album Revolutionary Tea Party. His next production for her, Conditions Critical, also won a Juno in the Best Reggae/Calypso category. “Billy was my bridge to the mainstream,” recalls Allen. “He opened the door to diversity in music, not just in Toronto but all across Canada.” 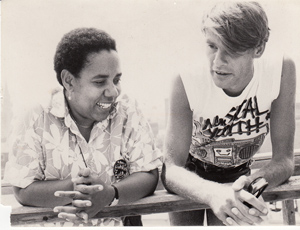 In the last decade, Bryans produced a CD for Latin singer Laura Fernandez and used his media savvy to launch publicity campaigns for performers such as the Puentes Brothers, featuring future world-music star Alex Cuba, Brazilian singer Aline Morales and folk-soul songwriter Amai Kuda. His passion for music and generosity with young artists earned him respect throughout the music world.

An early advocate of social media, Bryans had a constant presence on Facebook and used his MisterBryans blog as a portal to explore his wide-ranging interests, from politics and sports to the deep reservoir of Cuban beats. His online absence earlier this year signaled that something was amiss. The lung cancer that had stricken Bryans initially in 2006 had returned and proved terminal. The man who took the Parachute Club into the world, and brought the world into Canadian music, was gone.

William Taylor Bryans was born in Montreal on Sept. 15, 1947. He died in Toronto’s Kensington Hospice on April 23, 2012. He was 64. He leaves his brother Michael, son Jesse, daughter Leia and a large family of friends in the music community.