By the summer of ’67, Yorkvilleʼs hippies found themselves choking on exhaust fumes from bumper-to-bumper traffic. Reduced to curiosities for the passing, pointing motorists, many resented the way their community was being taken over by tourists gawking at the longhairs. Kids started demanding that Yorkvilleʼs streets be closed to cars. The Diggers seized on this and the issue became the hippiesʼ new mantra. 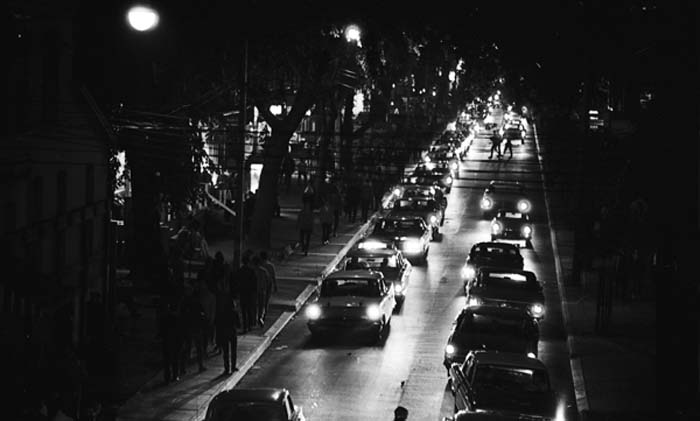 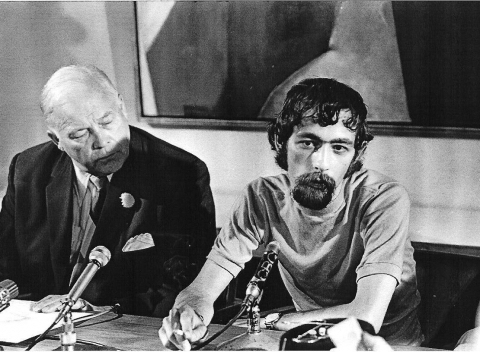 Yorkville had been a thorn in the side of Toronto the Good for some time. But in the heat of that summer, the problems came to a head. Cops in the village started hassling kids with a “move-along, move-along” attitude. Politicians, meanwhile, railed against the presence of runaway youths, calling for curfews and stricter by-law enforcement. In August, city controller and former mayor Allan Lamport invited Yorkvilleʼs hippies down to city hall to discuss the situation. David DePoe, for one, took him up on it.

A charismatic twenty-five-year-old with long dark hair, wide-brimmed black hat and a Fu Manchu mustache, DePoe told the older, balding Lamport that the heavy traffic on the one-way street was creating pollution and safety problems for pedestrians. The patronizing politician suggested that maybe this was a good reason for the kids to leave. When confronted, Lamportʼs agenda for Yorkville became clear. “Frankly, Iʼd like to see it become a shopping centre,” he told DePoe. “But itʼll have to be cleaned up first.” 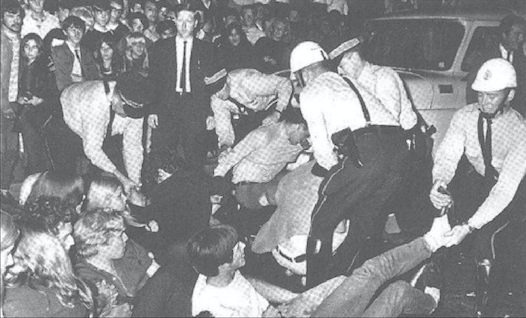 News about the standoff brought even larger numbers into Yorkville that weekend. Needing a break from the crowds, a large group of hippies split to a “happening” in a downtown warehouse. When cops arrived to bust up the party, the hippies headed back to Yorkville and spontaneously sat down on the street, preventing any cars from entering the village. “Close our street,” they chanted, “close our street.” As their numbers swelled, the police sent in the paddy wagons.

The August 20th sit-in was dealt with swiftly and aggressively by Metro Torontoʼs finest. Police, many in plain clothes, struck girls in the face, kneed guys and kicked fallen and limp kids. The clashes went on for three nights before the Diggers called off the sit-in. By the end of the skirmish, sixty-one had been arrested including Pops, a sixty-seven-year-old eccentric known as Yorkvilleʼs oldest hippie, June Callwood, then a young freelance journalist, and DePoe himself. So much for the Summer of Love.