Obituary: Wray Downes - The Grand Man of the Piano Wray Downes was a gifted pianist, an Oscar Peterson protégé blessed with perfect pitch and impeccable timing and a be-bop man who possessed one of the most expressive right hands in all of jazz. Mr. Peterson – and many others in the field – recognized Mr. Downes as a formidable talent.

In 1980, Mr. Peterson told author and former Globe and Mail jazz critic Mark Miller of his deep respect, in competitive terms, for his shy, unassuming former student. “Wray’s the kind of guy – you look up and all of a sudden, you’re bleeding. If you go up onstage in a group, and he’s in the other group, quietly he’ll take his lumps out on you.”

When Mr. Downes died on March 19, at 89 from lung cancer, fellow jazz pianist Oliver Jones was among those most willing to pay tribute. “Wray always played well,” he told The Globe and Mail. “Like me, he was a disciple of Oscar Peterson and could play note-for-note everything that Oscar had ever done. But Wray also had the unique ability to play anything he wanted to. We have certainly lost a great musician.”

Canadian bassist Dave Young, who toured and recorded with Mr. Downes during the 1970s, put his former partner in the highest category of players. “Wray’s will to swing and his emotional expression was second to none,” Mr. Young said. “When he played, you really paid attention.” Added U.S. born, Geneva-based drummer Alvin Queen, who has performed with everyone from Horace Silver to George Benson, as well as both Mr. Peterson and Mr. Downes: “Wray was an elder and a mentor to me and many others. He truly was the ‘Grand Man of the Piano.’”

Before he embraced jazz, Mr. Downes was a classical music prodigy who was told he had the potential to become “the first black concert pianist.” He won his initial piano competition at the age of nine and went on to receive more than 75 awards, medals and scholarships. In 1946, one Toronto newspaper reported that he earned the highest marks in a competition where he was “the only Negro contestant.” 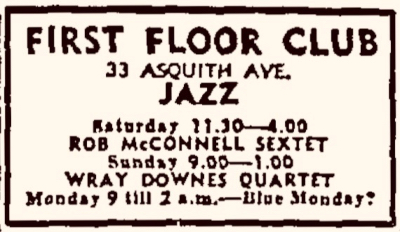 Confronting racism made Mr. Downes as adept with his fists as he was with his fingers on the keyboard. During the 1940s, he was expelled from Toronto’s Riverdale Collegiate for punching out a racially abusive student. Transferred to Malvern Collegiate in the city’s east end, Mr. Downes soon found himself defending another new student, also a talented pianist, who was being bullied and called “weird” for wearing woolen gloves and a scarf in the middle of spring. “I was his protector,” Mr. Downes once recalled. “I told the other kids: He’s a genius!” The student who needed defending? Glenn Gould. Years later, in 1982, Mr. Downes visited a Toronto funeral home to pay his respects to Mr. Gould after the world-renowned musician suffered a fatal stroke.

Rupert Arnold (Wray) Downes was born in Toronto on January 14, 1931, the only child of a hard-working West Indian couple: Rupert Downes, originally from Barbados, and Sara Downes, an occasional cook from St. Kitts. Like Mr. Peterson’s father, Rupert Sr. was a Canadian Pacific Railway porter. Although money was tight, the Downes took in two older boys who came to live with them. One was Lincoln Alexander, who grew up to become Canada’s first black member of Parliament and Ontario’s lieutenant-governor. The other, Hughton (Hughie) Conrad, later started a construction business in Los Angeles.

When Mr. Alexander lost interest in the piano lessons arranged for him by his adoptive parents, four-year-old Wray happily took his place. By the age of 12, the young Mr. Downes had become the first Canadian recipient of a scholarship from Trinity College of Music in England, providing further study in London. But, with the war underway, his dad wouldn’t allow him to go. So, Wray kept entering and winning competitions, some with cash prizes. Slacking off from practicing brought stern rebukes from his strict father. “‘But I just won 700 bucks, man,’” he once recalled replying to his dad. “I was mouthy and cheeky,” he admitted. 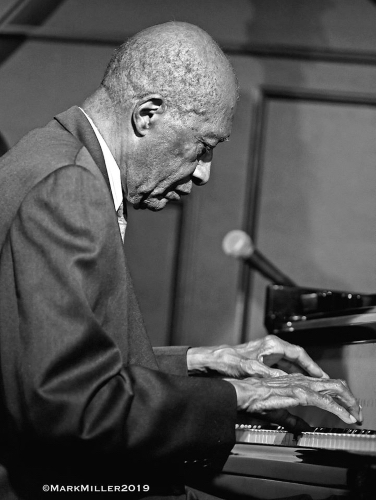 In 1949, when he was 18, Mr. Downes finally traveled to London to study at Trinity, this time having won the prestigious British Empire (Overseas) Scholarship. He studied there for two years under Kinloch Anderson before winning another competition to study in Paris at the Conservatoire nationale de musique with Lazare Lévy, whose previous students had included John Cage. But Mr. Downes, who had already fallen under the spell of jazz back in Toronto from secretly listening to Oscar Peterson on the radio, was soon finding work around Europe with expatriate U.S. musicians like Sidney Bechet and Blossom Dearie and studying with Mary Lou Williams and Dizzy Gillespie.

Returning to Canada, Mr. Downes lived and performed in Montreal before resettling in Toronto and becoming student at Mr. Peterson’s Advanced School of Contemporary Music. Then came a steady gig with vibraphonist Peter Appleyard at the Park Plaza Hotel, where he first met and played with Mr. Young, and occasional work at the Town Tavern, where he substituted for Norm Amadio and joined his childhood friend Archie Alleyne, the club’s house drummer. At the Town, Mr. Downs found himself backing stars like Lester Young. Soon Mr. Downes was leading his own trios and quartets at the First Floor Club, a Yorkville area jazz venue.

During the 1960s, Mr. Downes landed work as music director for CBC TV programs such as Music Hop and Show of Shows. Although he’d appeared on several recordings by others, it wasn’t until 1979 that he finally got to make one under his own name together with Mr. Young, the acclaimed Au Privave album, which featured guitarist Ed Bickert on some tracks. By this time, Mr. Downes and Mr. Young had toured western Canada several times, flying to Winnipeg, borrowing a car and driving to gigs across the Prairies and sometimes all the way to Vancouver. “We didn’t get paid much,” Mr. Young recalled, “but the audiences seemed to enjoy us. Wray and I generated enough rhythmic swing that it never felt like we were just a duo. People were amazed we sounded so good without a drummer.” 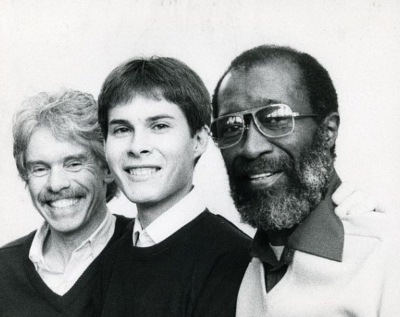 Mr. Downes’ next album under his own name didn’t come until 17 years later, with 1996’s excellent For You...E, an album named enigmatically for a woman with whom he’d had a brief liaison. By then he had relocated to Montreal and begun teaching jazz piano at Concordia and McGill universities. In 2007, he recorded Eclipse with singer and educator Madeleine Thériault and the couple’s relationship produced identical twin sons—the last two of six children Mr. Downes had with various women (his first child, his daughter Carey, came from his brief marriage to British actress Diana Maddox, a friend of Dylan Thomas who cast her in his radio play Under Milkwood; his third, his daughter Wraylene, came from his marriage to Marguerite Brown, the highest ranking black female officer in the Ontario Canadian Army Reserves).

His sporadic recording career mirrors the frequent breaks Mr. Downes took from music altogether, working variously as a short-order chef, a taxi driver and a drapery installer, and perhaps explains why a musician so revered by his peers didn’t achieve greater recognition. “The sabbaticals probably didn’t help,” Mr. Downes admitted to Mr. Miller in his 1982 book Jazz in Canada: Fourteen Lives. “They did help me—they were definitely for a reason, they were very much needed.” Mr. Miller noted that Mr. Downes was an intensely private man, hinted that his series of failed marriages may have contributed to the departures and concluded that, ultimately, Mr. Downes “lives in his own key.” 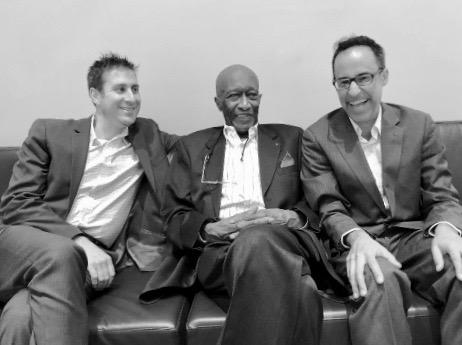 Still, late in his life, Mr. Downes, a proud man of “quiet elegance,” according to his manager, Jean-Pierre Leduc, found happiness and stability in Montreal with his partner, Ms. Thériault, their sons and a life balanced between teaching and performing. Added Mr. Leduc, who was working with his client on his autobiography: “Wray never stopped growing and refining his artistry, with daily practice part of an inescapable routine that kept him grounded.” Last year, the Montreal International Jazz Festival presented Mr. Downes with the Oscar Peterson Prize. And he continued performing with his trio of bassist Adrian Vedady and drummer Jim Doxas, most recently on Jan. 25, eight weeks before he died.

“Wray was always pushing, striving to improve and make others around him better,” recalled Mr. Vedady. “Right to the end, he never took his foot off the gas. He remained a real force on his instrument and was always willing to take a younger musician like me under his wing and demand that I really dig in and go for it.”

Mr. Downes leaves his partner, Madeleine Thériault, their sons Gabriel and Zachary Downes, and four daughters from previous relationships: Carey Keeny, Leslie Heydon, Wraylene Downes and Lindsay “Lazer” Kid-Kotowich, a New Orleans trombonist and the only one of his children to follow him into music.

Originally published in The Globe and Mail 4 April 2020