In his illuminating memoir, also called Rumours of Glory, Bruce Cockburn writes: “My songs are influenced by what I read, where I travel and what I witness.” He adds: They’re not just about spirituality or “war, injustice and exploitation,” but “derive from life itself.”

If life is his inspiration, then Cockburn’s has certainly been rich, judging by the 130 songs in this box set. Written over nearly 50 years, with the earliest recording being 1966’s “Bird Without Wings,” they range from spiritual quests and romantic ballads to prickly protests and engaging travelogues drawn from first-hand experiences on five continents. Together, they form an enlightening audio companion to the memoir.

It’s fitting that the collection should open with “The Charity of Night,” the title track from Cockburn’s 19th studio album. Although written in 1994, the song is one of his most reflective compositions, looking back over three different incidents in his life beginning with a disturbing encounter in Stockholm some 30 years earlier. “Haunting hands of memory,” Cockburn sings in the chorus, “pluck silver strands of soul.” Few songwriters have plucked from their pasts so fearlessly, and with such “clarity of light.”

Having set the stage for a look back on Cockburn’s life in music, the collection—which was curated by the memoir and includes a bonus disc of rarities and a concert DVD of his 2008 Slice of Life tour—then presents the songs in the same order as they are mentioned or quoted in the book. Many of the tracks on the first disc reflect that period when Cockburn saw himself as “a spiritual loner who sought truth in nature.” There is plenty of searching in “Shining Mountain” and “Man of a Thousand Faces,” while both “Creation Dream” and “Hills of Morning” are expressions of the spirituality he had embraced by the late 1970s.

The turning point for Cockburn, as far as becoming a practicing Christian, is reflected in two key songs on the second disc. The first of them is the hymn-like “All the Diamonds,” which Cockburn composed one night in 1973 after making his commitment to Christ. The other is the stirring “Lord of the Starfields,” on which he sings “Universe Maker, here’s a song in your praise.” Both compositions rank among Cockburn’s best and the singer-songwriter himself admits that “Diamonds” has “stood the test of time” and may be “as good as I get.”

Cockburn’s songs of praise have always been accessible to non-Christian listeners because they expressed his personal faith, which favored an open spirituality over blind adherence to religion. Never one to pull his punches, Cockburn delivered a stinging indictment to fundamentalist Christians on “Gospel of Bondage,” targeting their heavy-handed tactics at home and abroad. “God must be on the side of the side that’s right,” he sings, “and not the right that justifies itself in terms of might.” 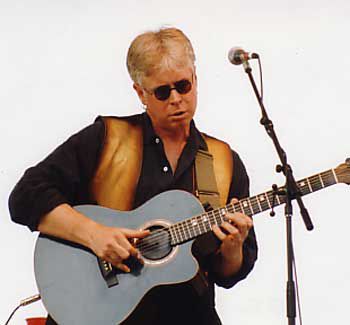 Many of Cockburn’s strongest compositions have been those written after witnessing the conditions in the world’s most troubled countries. Those angry songs dealing with war, repression and environmental degradation, such as “If I Had a Rocket Launcher,” “Call it Democracy” and “If a Tree Falls,” are all included here. So, too, are hard-hitting but lesser-known numbers like “Radium Rain,” his bluesy response to the Chernobyl disaster, and “Where the Death Squad Lives,” an edgy rocker with the Honduran military in its sights.

“Music is my diary,” Cockburn explains in the memoir. His transcontinental travels led to a documentary style of writing, first employed in his swirling 1976 composition “Silver Wheels.” Like a foreign correspondent reporting from the front lines, Cockburn sent out journal-style entries in song about what he witnessed, either sung or spoken. These are heard in stark numbers such as “The Mines of Mozambique,” “Postcards from Cambodia” and “This is Baghdad.”

But anger doesn’t fuel all of his travel songs. “Dust and Diesel” and “Waiting for a Miracle,” based on visits Cockburn made to Nicaragua, are gentle expressions of hope for a people struggling to chart a new course. And “Tibetan Side of Town” offers striking observations about the cultural sights of Kathmandu during a night of drinking Nepalese tungba ale.

Love, along with spirituality and travel, also transformed Cockburn and has often figured in his songwriting. His relationships with women, he has admitted, helped to pry him loose from the “fascist architecture” he’d erected around himself that had made him a loner. Among the collection’s most romantic songs are the joyous “Great Big Love” and the sultry “Don’t Have to Tell You Why,” while “Mango” and “All the Ways I Want You” are both ripe with desire.

When Cockburn was inducted into the Canadian Music Hall of Fame, he summed up his role as a songwriter with one succinct, eloquent sentence. “My job,” he said, “is to try and trap the spirit of things in the scratches of pen on paper, in the pulling of notes out of metal.” Just how well he has trapped the spirit can be heard in songs like the emotional “Cry of a Tiny Babe,” his modern re-telling of the Christmas story, and “The Whole Night Sky,” a sweeping ballad in which Cockburn’s voice and Bonnie Raitt’s slide guitar exquisitely plumb the depths of heartbreak. Each has the power to trigger tears.

A starker version of “The Whole Night Sky,” featuring Cockburn alone on guitar and vocals, is one of the highlights of the collection’s bonus disc of rare and previously unreleased recordings. Among the other gems is Cockburn’s own version of “Bird Without Wings,” the song he wrote long before embarking on a solo career that the Canadian folk-rock group 3’s a Crowd recorded. The plaintive lyrics offer a telling confession: “I couldn’t find the key that would unlock these chains of mine/And my songs were not complete enough to sing.” It wouldn’t be long before all that changed.

Some of the songs on the bonus disc sound as relevant today as the day they were written. “Wise Users,” originally recorded for The Charity of Night and previously only available on a 1996 earth benefit album, takes to task those who would plunder the planet’s resources without regard for consequences. Cockburn’s rage is palpable as he sings, “Go on, reap your harvest…’til everything is gone.” And “Come Down Healing,” recorded in 1995 but never released, is a call for salvation in the face of such destruction. “Sometimes the road leads to dark places,” Cockburn warns, before adding, “sometimes the darkness is your friend” (that insightful lyric found its eventual home in his highly popular song “Pacing the Cage”).

Throughout his career, Cockburn’s songs have often featured the elements of light and dark to represent the forces of good and evil. “Tried and Tested,” like other material from 2003’s You’ve Never Seen Everything, made good use of that imagery. So, too, does “The Light Goes On Forever,” the 1980 song that closes the sixth disc. “Let me rest in the place of light,” Cockburn sings of his unwavering belief in the spirit. As he concludes in his memoir: “Whether that spirit gets discussed in Islamic, Jewish, Christian, or any other religious terms is not really material. It’s being awake to its presence that counts.” As this collection shows, few artists have been as open to the spirit—or able to convey it so well in song—as Cockburn.