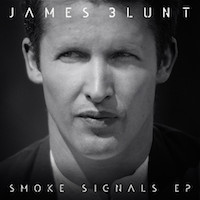 The ex-British Army officer has personified romantic pop ever since topping the charts worldwide with his 2005 song “You’re Personified.” He’s also been linked to several supermodels and was living la vida loca on the Spanish island of Ibiza, the party capital of the world, where he owns a nightclub called Blunty’s. That all changed in September, when the five-time Grammy nominee married British socialite Sofia Wellesley. Now Blunt has released this EP taken from the deluxe Apollo Edition of his fourth studio album, Moon Landing. There’s a confessional quality to the five featured songs, especially “Working It Out” and “Trail of Broken Hearts.” And when Blunt sings “I’ll be much better than the man I used to be” on the buoyant “When I Find Love Again,” with its repeated title phrase, it sounds like a promise—and a mantra—fulfilled.