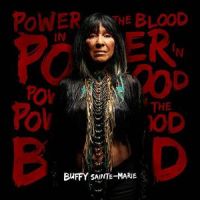 She may be best known for the love songs “Until It’s Time for You to Go” and “Up Where We Belong.” But Buffy Sainte-Marie has a long history of protest music, dating back to her 1964 anti-war anthem “Universal Soldier.” The Canadian-born First Nations legend pulls no punches on her new album. Covers include songs by two British bands: the title track by Alabama 3 and UB40’s “Sing Our Own Song.” Saint-Marie sings the former as a techno-laced call to arms and puts her own powwow spin on the latter, complete with a reference to the aboriginal-rights movement Idle No More. “Not the Lovin’ Kind” is a fiery reworking of her breakup song from her 1972 album Moonshot. Of her new material, standouts include “Carry It On” and “We Are Circling,” which celebrate the sanctity of life and the beauty of Mother Nature respectively. Long an outspoken activist, Sainte-Marie remains—even at 74—refreshingly forthright.