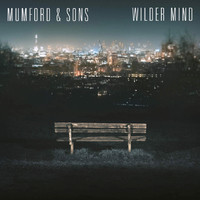 Wilder is right. Britain’s folk-rockers forsake banjos in a favor of synthesized pop-rock on their third album. Working with producer James Ford (Arctic Monkeys, Florence & the Machine), Marcus Mumford and his mates aim for something closer to the National and Coldplay on stirring breakup anthems like “Tompkins Square Park” and “Ditmas.”