Country music has its roots in the southern United States. But just as the blues came up the Mississippi on trains and steamboats, country music traveled north on the airwaves to find a welcome home above the 49th parallel. Country has a long and vibrant history in Canada, from the honky-tonk classics of Hank Snow in the 1950s to the chart-topping country-pop hits of Shania Twain, the biggest-selling female artist of all time, in the ’90s. And Canadian artists continue to make their mark, both in Nashville and their native land, where country music appeals to an ever-growing demographic—from diehards in cowboy boots driving pickup trucks to closet fans wearing business suits on Bay Street.

But who laid the groundwork in Canada for today’s thriving country music scene? Who were the pioneers and what are their stories? 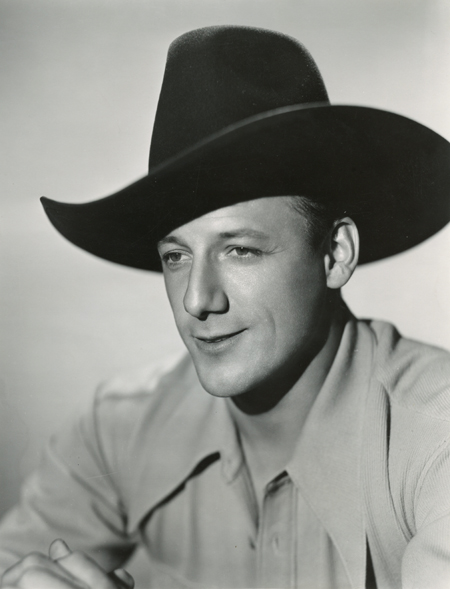 As a founding member of the Sons of the Pioneers, Bob Nolan played a key role in the popularization of western music, writing and singing numerous standards while appearing in over 80 western movies. His songs imaginatively portrayed the cowboy spirit and proud isolation of life in the West. 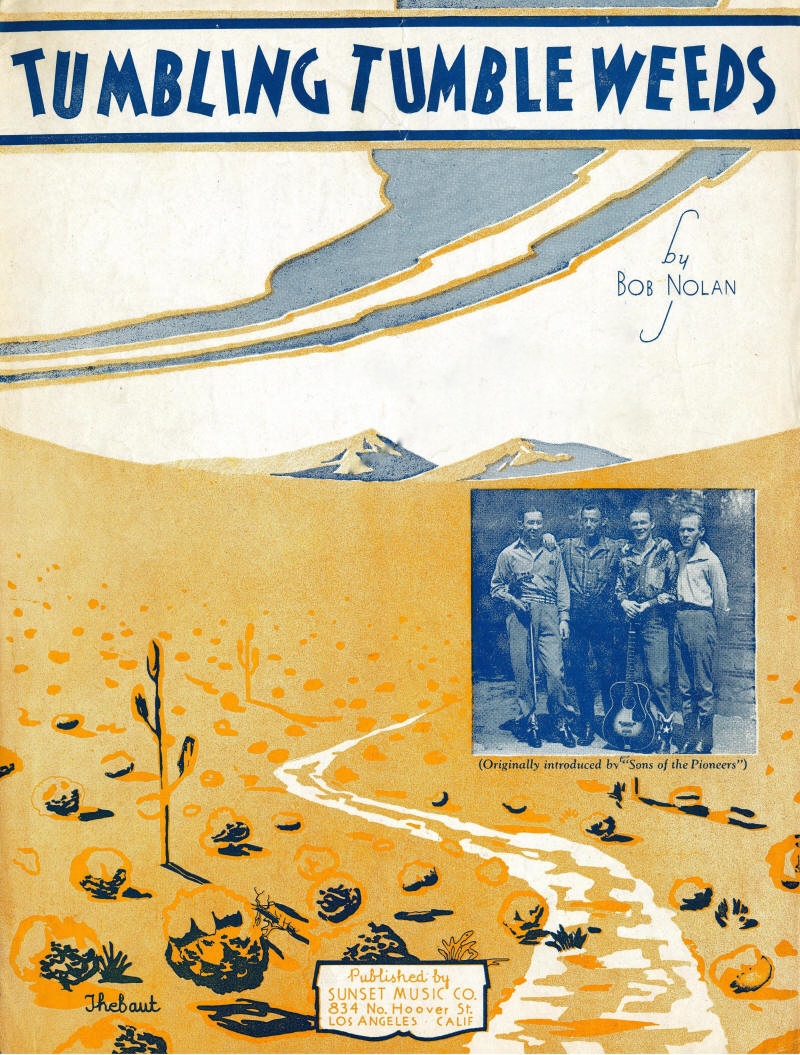 A native of Winnipeg, Nolan moved with his father to Arizona, where he joined the high school glee club and developed a love of harmony singing. After graduating as a top athlete, he drifted around the country and found work as a lifeguard in California. But the turning point came when he saw a classified ad calling for a “yodeler, tenor preferred.” Nolan got the job and began working with fellow singer Roy Rogers in a group that became the Sons of the Pioneers.

In 1934, the Sons of the Pioneers recorded Nolan’s “Tumbling Tumbleweeds” for the newly formed Decca label. It became the title song of a film starring Gene Autry, who enjoyed his own million-selling rendition, and laid the groundwork for the singing cowboy genre. The song also established Nolan as a notable and prolific songwriter. When Rogers left the Sons of the Pioneers to focus on his own career, Nolan became its leader and he and the group went on to appear in nearly 100 song-filled western movies.

Along with his classic “Cool Water,” Nolan wrote more than 1,000 songs, including “One More Ride” and “A Touch of God’s Hand.” Artists from Bing Crosby to Willie Nelson have sung his sweeping odes to the West. “I’ll keep rolling along, here on the range I belong,” he wrote in “Tumbling Tumbleweeds,” enshrining the image of the stoic cowboy. As country star Marty Robbins put it: “That’s what Bob was—a dreamer and a drifter. He had to be a dreamer to do the songs that he did.” 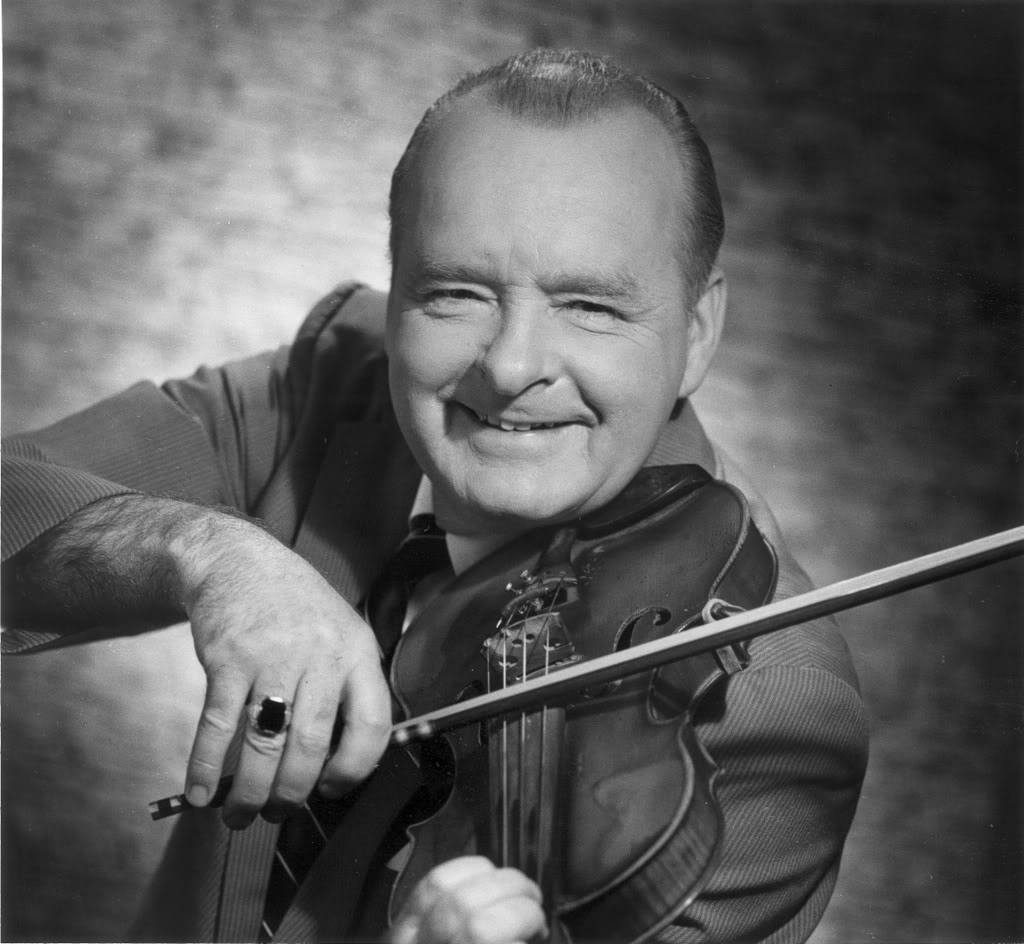 Long before there were pop-star fiddlers like Ashley MacIsaac and Natalie MacMaster, there was Don Messer. A shy, unassuming man, Messer became a Canadian cultural icon with a weekly TV show that outdrew Ed Sullivan and Hockey Night in Canada. Playing old-time fiddle tunes, Don Messer and his Islanders took community entertainment—as it had been performed since pioneer days—into living rooms from coast to coast.

A native of New Brunswick, Messer learned to play the violin at the age of five and by seven was fiddling at local square dances. Amassing a huge repertoire of reels, jigs and breakdowns, he launched his first CBC radio show in 1934. By 1939, Messer had relocated to Prince Edward Island and his show became the network’s most popular from the post-war period until the 1960s. His early recordings, including “Big John MacNeil,” a centuries-old Scottish tune, were the biggest-selling Canadian records of the 1940s. 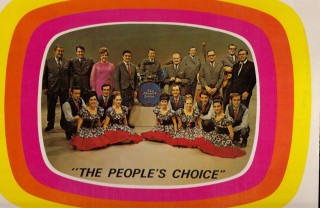 While his radio appearances enabled Messer to tour Canada, his CBC TV show, Don Messer’s Jubilee, made him a household name. Running from 1957 to 1969, and featuring singers Marg Osburne and Charlie Chamberlain, it opened every week with “Going to the Barndance Tonight” and closed with “Till We Meet Again.” In between, it introduced artists like Catherine McKinnon and Stompin’ Tom Connors and served as Canada’s weekly kitchen party. It also spawned Singalong Jubilee, which gave the world Anne Murray.

One of his fiddles now resides in the Country Music Hall of Fame in Nashville. Another was entrusted to Canadian fiddling champion Frank Leahy, who says: “Don Messer succeeded in bringing fiddle virtuosity to mainstream audiences.” There could be no better epitaph for Canada’s King of the Fiddle. 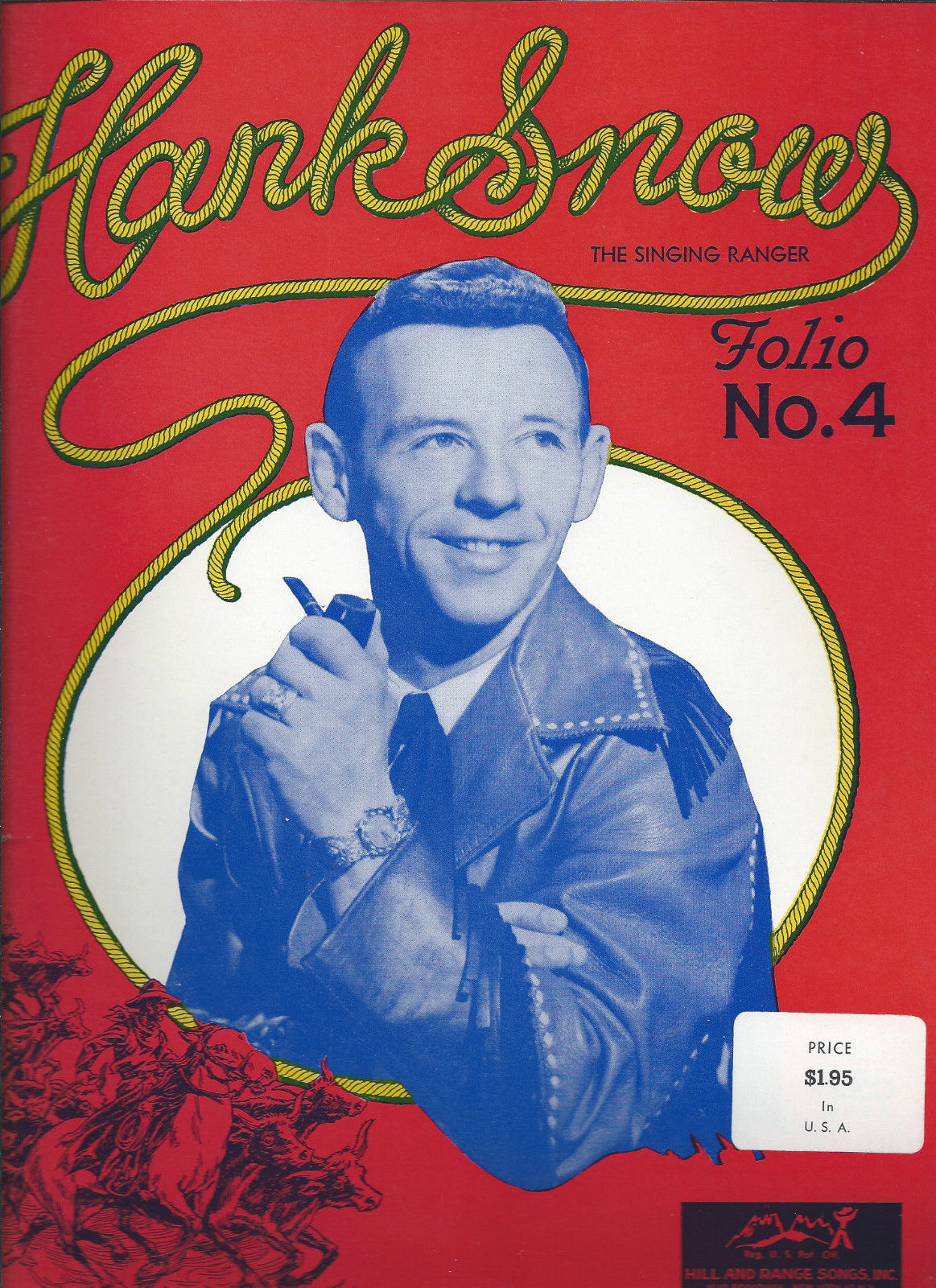 Hank Snow was Canada’s first global country star, a gifted singer, guitarist and lyricist famous for his traveling songs. Originally from Nova Scotia, he ventured to America after appearing on local radio and establishing himself as a Canadian recording artist. In Nashville, he became a regular on the Grand Ol’ Opry and helped to transform country music from a localized rural musical style to an internationally popular form. 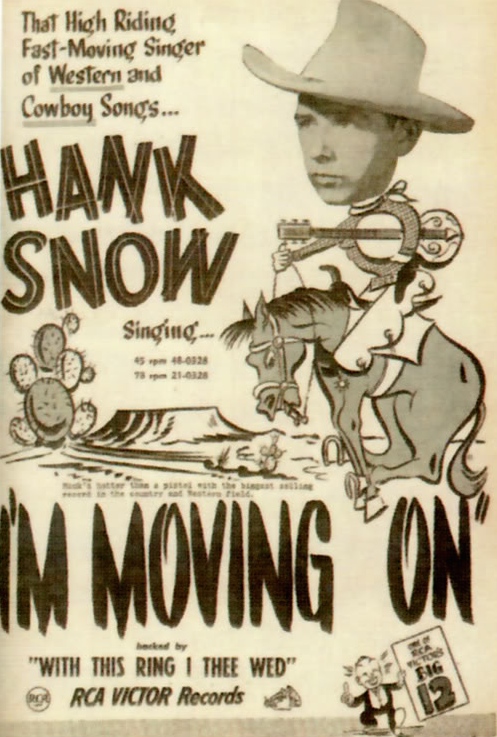 Snow’s taste for travel began at an early age. At 12, he ran away from home and became a cabin boy for the Merchant Marine. Influenced by American country star Jimmie Rodgers, Snow recorded his first two sides, “Lonesome Blue Yodel” and “The Prisoned Cowboy” in 1936 and quickly proved himself a prolific songwriter and recording artist, cutting more than 140 albums for RCA.

After several attempts to establish himself in the U.S. market, Snow’s big break came in 1950, when his song “I’m Moving On,” the first of his popular train-themed songs, topped the charts for 21 weeks. Sung in his distinctive baritone, the song, later covered by Ray Charles and The Rolling Stones, opens with the line, “That big eight-wheeler rollin' down the track/Means your true-lovin' daddy ain't comin' back.” His followup, another train song called “The Golden Rocket,” also went to number one. Soon after, Snow became a Grand Ol’ Opry regular.

Not content with one sound, Snow experimented with styles from jazz and blues to Hawaiian hula songs and Latin rhythms, the latter best heard on his hit “The Rhumba Boogie,” and recorded a series of guitar duets with Chet Atkins. During his 45-year recording career, he sold 70 million albums and influenced performers from Elvis Presley to Bob Dylan. In 1979, Snow was inducted into the Country Music Hall of Fame in Nashville, where he is still fondly remembered as Canada’s greatest contribution to early country music. 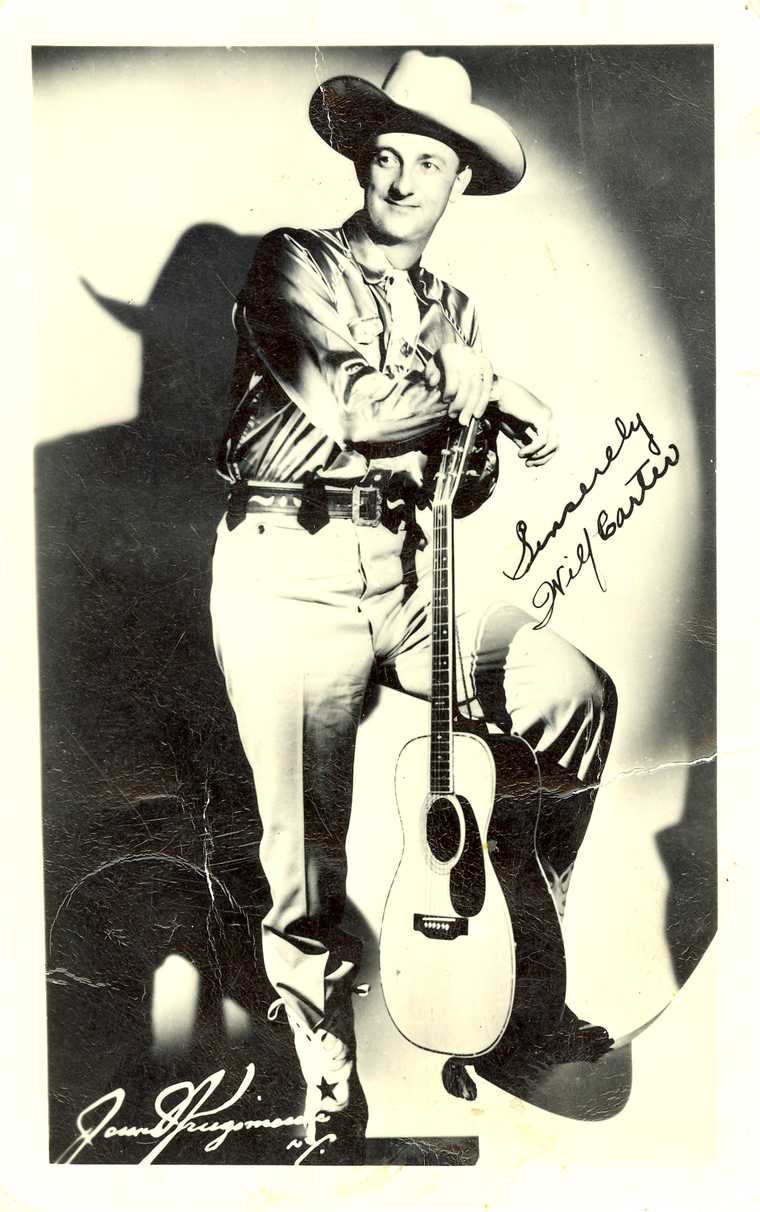 The father of Canadian country music, Wilf Carter is best known for his distinctive yodeling and honest songs about Canada and its people. Although he hailed from a tiny fishing village in Nova Scotia, Carter personified the dusty trails of the Rockies after moving to Calgary and embracing the cowboy life, finding work at 19 punching cows and breaking horses and singing songs about the Canadian West.

Carter’s music career soared just as the Great Depression took hold, getting hired by the Canadian Pacific Railway as its entertainer on trail rides in the Rockies. With his growing popularity, Carter 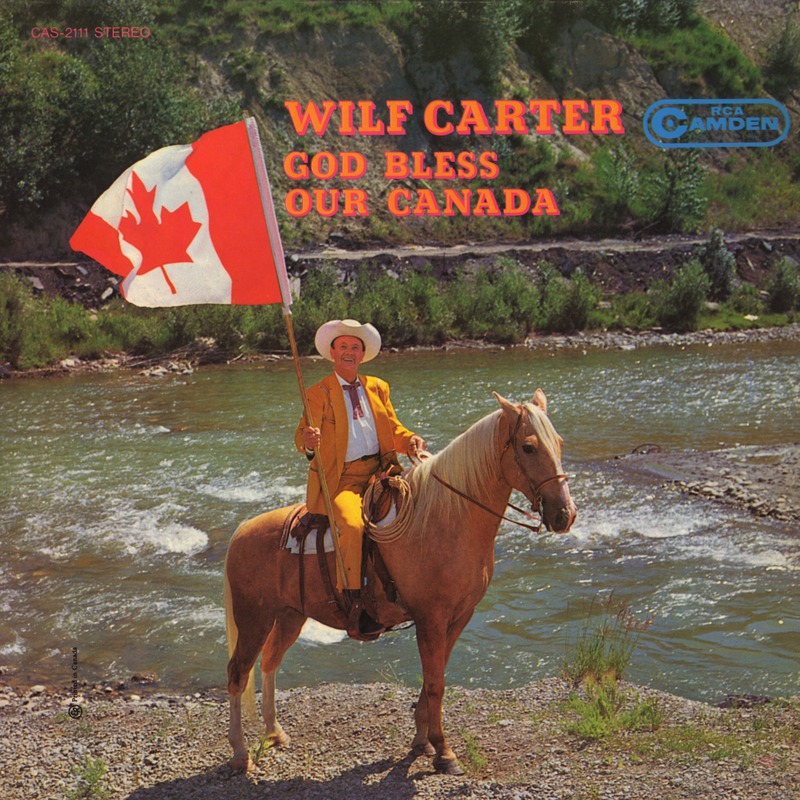 was invited to sing on the maiden voyage of the S.S. Empress of Britain. Stopping in Montreal on his way to the ship in 1933, he recorded what became one of his signature songs, “My Swiss Moonlight Lullaby,” featuring his “echo” or “three-in-one” yodeling style.

By the late 1930s, Carter, nicknamed “Montana Slim,” was receiving 10,000 weekly fan letters due to the success of his U.S. radio show, syndicated to more than 250 stations across North America. On a cross-Canada tour in 1950, he attracted over 50,000 people during a week of concerts at Toronto’s Canadian National Exhibition. His most popular songs, including “When It’s Springtime in the Rockies” and “There’s a Bluebird on My Windowsill,” were featured on more than 40 albums he recorded between 1958 and 1988.