Creative versatility came naturally to Don Cullen. Writer, actor, comedian, producer and impresario, he could apparently do it all. His talents first surfaced at high school, where Mr. Cullen’s flexible physical features and talent for vocal impersonations made him popular with his classmates. “I became the funny kid,” he once recalled, “by capitalizing on the angularity of my frame and the rubbery quality of my face.”

Mr. Cullen took those attributes onto the stage and across the airwaves, voicing more than 1,500 radio programs and appearing in nearly as many theatrical reviews and television shows. He starred in a production of Beyond the Fringe which was performed more than 800 times in Canada and the United States, including at the Ethel Barrymore Theater on Broadway. 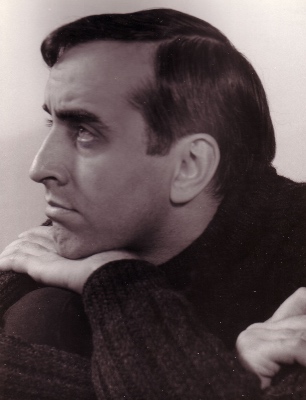 He co-directed the Leacock Festival of Humor for seven years and co-hosted the Winnipeg Folk Festival with Peter Gzowski, also for seven years, as well as being head writer of the Spring Thaw revue. And, for 25 years, he was a regular on CBC-TV’s Wayne and Shuster Show, where his distinctive gaze and mastery of dialects made him a specialist in comic characters, from butlers and morticians to gangsters and aristocrats.

But Mr. Cullen spent most of his illustrious career creating space for others. His Bohemian Embassy coffeehouse, which operated in four different locations in Toronto between 1960 and 1992, featured musicians, poets, comedians and actors and offered the first stages to such figures as Margaret Atwood, Gordon Lightfoot and Sylvia Tyson. Meanwhile, working with Mr. Cullen provided vital training for future showbiz moguls like Saturday Night Live’s Lorne Michaels.

When Mr. Cullen passed away on June 26, artists of all artistic persuasions mourned the passing of a witty, generous-hearted man who spent much of his life encouraging the talents of others. “I would not be anywhere with any kind of success without Don’s influence,” said Mark Breslin, founder of Yuk Yuks comedy clubs. “He was fearless in his approach to comedy with acts like La Troupe Grotesque and taught me to take risks and always put the artist first.”

While at Harbourfront, Mr. Cullen’s Bohemian Embassy also spawned the Harbourfront Reading Series, which became the Toronto International Festival of Authors. In a nod to its roots, the prestigious literary festival is now offering a series called The New Embassy, ​​which it calls “a celebration of Canadian voices in the 21st century, presented in the spontaneous and innovative spirit of the ‘iconic Bohemian Embassy in Toronto’.

Singer-songwriter Nancy White, who got her musical start at the Bohemian Embassy in the mid-1970s, visited Mr. Cullen at his home just two weeks before his death and says he never never spoke of his failing health. “He was really bright and we talked for over two hours, mostly about religion, even though he was an atheist and a humanist,” Ms. White said. “People loved Don because he was so nice and never tooted his own horn, which made him the perfect Canadian hero.

Emmy-winning comedian and actress Rosie Shuster, daughter of Frank Shuster of Wayne and Shuster fame, has fond memories of Mr. Cullen’s days as a satirical revue performer. “He was so collaborative, always happy to share the spotlight,” she recalled. “Some actors elbow others out of the way, but Don was all about everybody getting their moment.” Added Ms. Shuster, writer and producer for The Carol Burnett Show and The Larry Sanders Show: “Don was one of our quiet national treasures, a lovely, talented man and hilariously funny man in that very self-effacing way.”

Donald Austin Cullen was born in London, Ontario. on January 18, 1933. He was the youngest of three children born to Elsie Cullen (née Smythe) and Austin Cullen, who moved his family to the High Park area of ​​Toronto in 1936 after eventually landing a job as the city’s chief accountant. Young Donald’s parents were fundamentalist Christians who “went through moral contortions buying a radio,” he once recalled. Despite, or perhaps because of this, he developed a love of radio, listening to classical music programs and dreaming of a career in broadcasting. At Humberside Collegiate, he joined the Drama Club, performed in school plays and performed with the Young Canada Players. His yearbook called him the school’s “Jerry Lewis.”

After graduating from the Radio and Television Arts program at what was then Ryerson Polytechnical Institute (now Metropolitan University of Toronto), Mr. Cullen briefly attended Toronto Teachers’ College, “to please my fundamentalist parents, but gave it up as a bad job,” as he once explained. Eventually, he talked his way into work at CBC radio as a copyboy in the news department and began pitching ideas for shows. He wrote and performed on the satirical Show that Dares to Be Known By Bad Taste Alone which ran for two years, and eventually contributed writing to CBC-TV’s Music Hop. 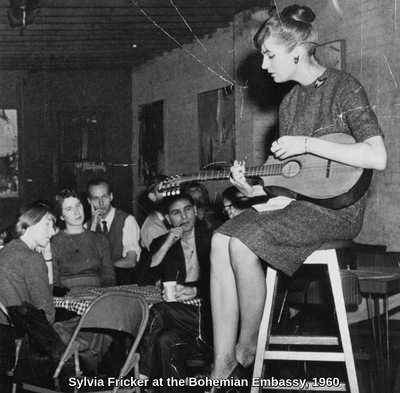 A conversation with CBC colleagues, lamenting Toronto’s lack of adventurous culture, led to the creation of the Bohemian Embassy. With Mr. Cullen and four others each investing $100, it opened on June 1, 1960, in the hayloft of a former horse stable in a lane near Yonge and Wellesley. While it was not the city’s first coffeehouse, it was, with the erudite Mr. Cullen at its helm, the most eclectic, with a multidisciplinary programming that surprised and delighted visitors. Poetry nights mixed with theatrical performances, film screenings, and jazz and folk music evenings proved popular. One night a magician and a female fire-eater entertained, while on another visiting U.S. stripper Libby Jones lectured on the “defeatist dogma associated with beatnik clubs” before Milton Acorn and a just-out-of-her-teens Margaret Atwood read poetry and Sylvia Fricker (not yet Tyson) sang Celtic ballads. Other poets who appeared include Al Purdy and a still-teenaged Gwendolyn MacEwen.

The Bohemian Embassy gained notoriety and media attention after getting itself listed in the Yellow Pages phone book under “Consulates and Other Representatives of Foreign Governments.” “It provided Toronto with something that didn’t exist back then,” poet Dennis Lee noted in the 2010 documentary Behind the Bohemian Embassy. “If you hung out there, it was like a membership to a clan of outsiders.” Added Ms. Atwood: “Just having a place like that in Toronto in 1960 was a subversive act.”

Folk music was always the Embassy’s bread and butter and the third-floor walk-up featured popular Sunday hootenannies. One snowy hoot night in February, 1963, included appearances by Mr. Lightfoot, Bram Morrison, who went on to form Sharon, Lois & Bram, and the Halifax Three Plus One, a band which included both Denny Doherty and Zal Yanovsky, later of Mamas and Papas and Lovin’ Spoonful fame, respectively. Others, including a young Joni Mitchell, performed on the Embassy stage, but not Bob Dylan. The Greenwich Village star showed up and offered to sing, but according to Embassy music programmer Mitch Podolak, later founder of the Winnipeg Folk Festival, “the guy who ran the poetry nights didn’t know who the hell he was.” 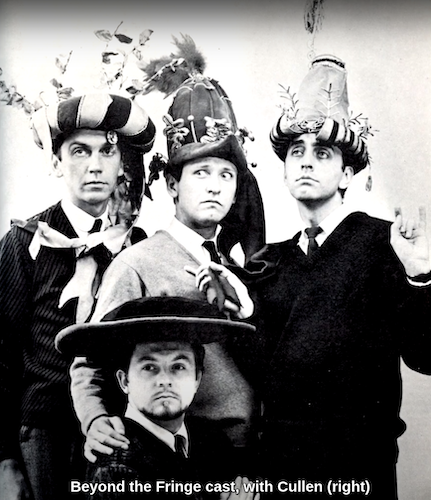 Mr. Cullen’s own interests became increasingly focused on his Village Revue, the popular satirical comedy show that he co-wrote and co-starred with Barry Baldaro. For the next few decades, the Revue followed the peripatetic path of the Embassy itself, getting remounted in various locations around town.

For a decade beginning in 1981, Mr. Cullen owned Toronto’s Le Strip nightclub on Yonge Street. In an interview with his friend Pierre Berton, Mr. Cullen bemoaned burlesque’s change from striptease performances to “a gynecological show”.

For all his humor and image as a bon vivant, Mr. Cullen suffered from bouts of melancholy. While working for him at the Bohemian Embassy’s Harbourfront Center, Mr. Breslin noted an “ineffable sadness” about his boss and added, “I don’t know if he was as lucky in love as he wanted to be.” In fact, Mr. Cullen has only had two significant romantic relationships with women. One was Jan Tennant, the future CBC on-air personality he met at Humberside. The other was Janet Inksetter, whom he encountered at CBC. He and Ms. Inksetter, who later ran Annex Books, were married for five years in the 1970s. 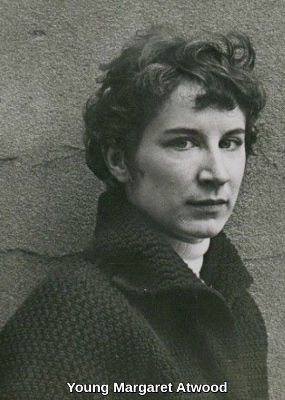 The Bohemian Embassy and Mr. Cullen, the club’s “ambassador,” made their final appearance in the early 1990s on Queen Street West, where audiences heard readings by Daniel Richler, Rosemary Sullivan, Robert Priest and Ms. Atwood, who drew 400 people to the launch of her short-story collection Wilderness Tips. Ms. Atwood continued her friendship with Mr. Cullen and always credited her onstage experience at his coffeehouse with giving her a lifetime’s worth of confidence. “Once you’d read at the Bohemian Embassy,” she said, “you could do anything.”

Mr. Cullen published his memoir The Bohemian Embassy: Memories and Poems in 2007. Another memoir, based on his years at CBC, was under way at the time of his death. His friend and caregiver Dan O’Reilly said that Mr. Cullen died of complications following prostate surgery. Mr. Cullen, 89, was predeceased by his sisters, Betty Trewin and Barbara Roberts, and leaves numerous nieces, nephews and a wide circle of friends.

Originally published in The Globe and Mail 5 July 2022.