He was such a good ol’ boy, a teller of such tall tales and the master of so many self-deprecating one-liners it was often easy not to take Ronnie Hawkins too seriously. “I’m a legend in my spare time,” he liked to quip. Calling himself the “Geritol Gypsy,” he claimed to have been playing rockabilly “since the Dead Sea was only sick.”

But when the veteran singer-bandleader – for whom the “big time” was always “just around the corner” – died on Sunday, the entertainment world mourned the loss of a bona fide legend whose greatest legacy was his mentoring of some of Canada’s finest musical stars.

Mr. Hawkins was born in Huntsville, Ark., on Jan. 10, 1935 and studied physical education at the state university, where he excelled as a promising athlete. But Mr. Hawkins, whose father was a barber and his mother a schoolteacher, was already hooked on music. While performing with his first bands, doing gymnastic splits, backflips and even double backflips, he soon earned the nickname “Jumpin’” Ronnie Hawkins, and later “Rompin’” Ronnie.

After a stint in the army and a brush with Sun Records, the Memphis label behind Elvis Presley and Jerry Lee Lewis, Mr. Hawkins ventured north to Canada with his band, the Hawks, and in 1958 first toured Southern Ontario’s bar circuit.

Mr. Hawkins called Canada “the promised land” because he found its bars safer and more lucrative than those in the American South. After some success with his singles “Mary Lou” and “40 Days” on the U.S. Roulette label and an appearance on Dick Clark’s American Bandstand TV program, Mr. Hawkins returned to Canada often, and by 1961 he had settled in Toronto. 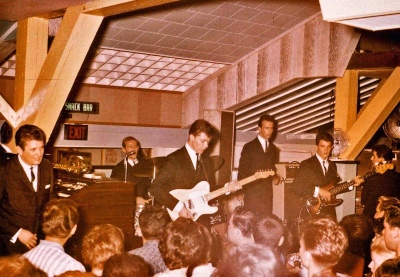 By that time, he and his Hawks, including Arkansas drummer Levon Helm, had become a big draw on the city’s Yonge Street Strip and recruited a young Robbie Robertson, who described the band’s sound as “the fastest, most violent rock n’ roll” he’d ever heard, to play guitar.

A keen talent spotter, Mr. Hawkins soon assembled other talented local musicians to become his Hawks, including pianist Richard Manuel, organist Garth Hudson and bassist Rick Danko. “Ronnie always took great pride in having a crackerjack group of musicians playing with him,” said Mr. Robertson who, along with the others, broke away from Mr. Hawkins and backed Bob Dylan before becoming the Band.

Musicians in later versions of the Hawks credit Mr. Hawkins’s work ethic with helping them develop into seasoned players. “We would work until 1 in the morning, wait for the club to clear out and then practice from about 2 to 6 in the morning,” recalled guitarist Domenic Troiano. Rehearsal sessions were run like army drills, with Sergeant Hawkins often levying fines for lateness and other misdemeanours. 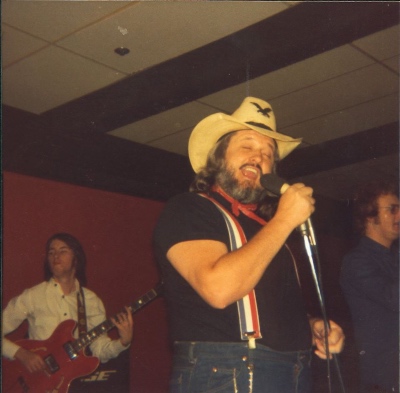 Ms. D’Angelo, later a Hollywood actress, said the Hawk’s approach to nightclub work paid off for all who worked with him. “On a professional level, he gave everyone a sense of showbiz,” she told Peter Goddard, who co-authored Mr. Hawkins’s autobiography, Last of the Good Ol’ Boys. “He had rules. You couldn’t bring your girlfriend or boyfriend to a gig. You had to talk to everybody between sets. He was all about professionalism.”

Meanwhile, Robbie Lane and the Disciples were direct beneficiaries of the excess. One Saturday afternoon at Toronto’s Concord Tavern, Mr. Hawkins suddenly announced that Mr. Lane and his young group, who were in attendance, would be coming on stage. “Of course, we were scared to death and thought what an honour it was,” Mr. Lane recalled. “But the truth was Ronnie and his band were all hungover and just looking for someone to fill in for the next set.”

Then there was the Rolls-Royce Silver Ghost saga, which has now become urban legend. One version has Mr. Hawkins trying to buy the luxury car, only to be rebuffed by a salesman who doubted his ability to pay for such an automobile, leaving Mr. Hawkins to return with a paper bag containing $18,500 in crisp hundred-dollar bills. Whatever the truth of the story, the episode was spun into a song called “Talkin’ Silver Cloud Blues” by Mr. Hawkins’s buddy, Gordon Lightfoot. 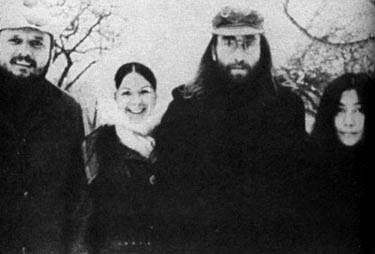 Mr. Hawkins’s mythology was further enhanced by his association with John Lennon and Yoko Ono, during the couple’s 1969 peace crusade. Mr. Lennon and Ms. Ono conducted much of their campaign from the Hawkins farm in Mississauga, where they flooded the bathroom and left behind an unpaid $16,000 phone bill.

But Mr. Hawkins was repaid in kind. After Mr. Hawkins returned with journalist Ritchie Yorke from China, where they had carried Mr. Lennon’s “War is Over” message, the former Beatle helped promote Mr. Hawkins’s, single “Down in the Alley.”

Mr. Dylan was another professed fan, showing up at Mr. Hawkins’s club gigs, including one at Toronto’s Nickelodeon tavern and even having the Hawk appear as him in his surrealist 1978 movie Renaldo and Clara. In a film released the same year, Mr. Hawkins almost stole the star-studded show in The Last Waltz, performing a devilish rendition of his signature song “Who Do You Love” with his former protégés in The Band. 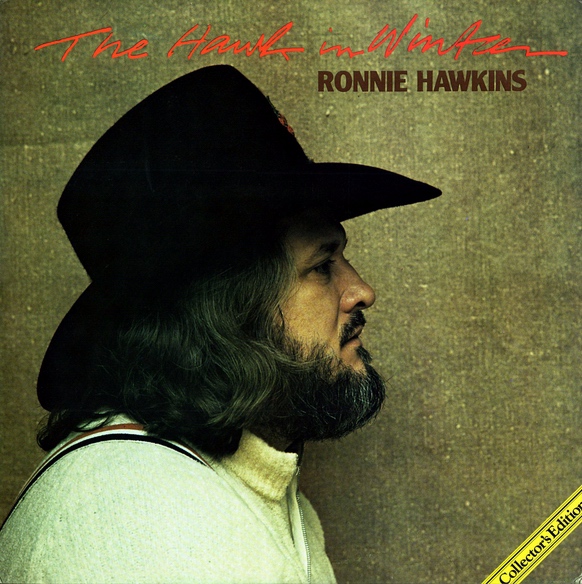 After hosting his own TV series, Honky Tonk, in the early 1980s and appearing in such films as the troubled epic
Heaven’s Gate, with his friend Kris Kristofferson, and the campy slasher movie Hello, Mary Lou: Prom Night II, Mr. Hawkins concentrated again on his stage appearances. He toured in Britain, where his rockabilly music enjoyed a late-career revival, and around the world at Canadian embassies.

Fellow Arkansas native Bill Clinton had the singer perform at his 1993 presidential inauguration and later declared Mr. Hawkins an “endangered species” and “a unique natural resource.” A 1995 concert with fellow rock pioneers Carl Perkins and Jerry Lee Lewis yielded the Let it Rock recording and documentary.

By the middle of the decade, the awards and honours for“Mr. Dynamo,” as he was originally billed, started coming fast and furious. In 1996, the Juno Awards gave Mr. Hawkins the Walt Grealis Special Lifetime Achievement Award as an “industry builder.” In 2002, his star was placed on Canada’s Walk of Fame, and a tribute concert took place at Toronto’s Massey Hall. 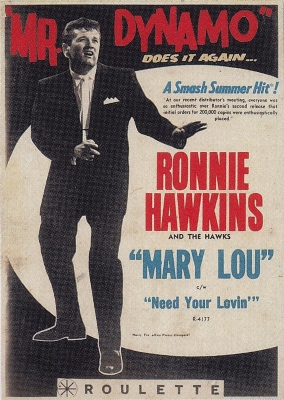 Two years later, Mr. Hawkins’s status as a legend in Canadian rock history was secured with his induction into the Canadian Music Industry Hall of Fame. In 2014, he was made an Officer of the Order of Canada for “his contributions to the development of the music industry in Canada, as a rock ‘n’ roll musician, and for his support of charitable causes.”

Folk music icon Sylvia Tyson summed up his contribution best: “There isn’t a Canadian musician or performer anywhere who doesn’t owe a debt of gratitude to Ronnie Hawkins,” she said, “because without him being who he was at the time, without his talent and effort and dedication to the cause of developing Canadians for stardom of their own, we probably wouldn’t be where we are today.”

Mr. Hawkins often said that he chose family over stardom. Despite all the sexual posturing, including an X-rated recording made with Xaviera (The Happy Hooker) Hollander, he lived out his days on a rural estate on Stoney Lake, near Peterborough, Ont., with his devoted wife, Wanda, whom he married in 1962 and had three children, two of whom followed him into music.

Indomitable until the end, Mr. Hawkins had previously survived quadruple bypass heart surgery and beat pancreatic cancer, reportedly, with the help of a teenage healer. Now, with his death, he joins “the Big Rocker up there” in a place that might be called musical heaven.

Originally published in The Globe and Mail on 31 May 2022