Donny Osmond - The Soundtrack of My Life 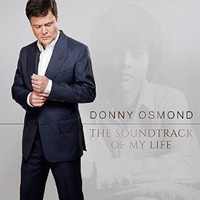 It’s been quite a ride for Osmond, from making his TV debut at age five to his current Las Vegas residency with sister Marie. To celebrate 50 years in show business, Osmond has recorded a series of personally meaningful songs. It opens with Stevie Wonder’s “My Cherie Amour,” the first record he ever bought, on which Stevie plays harmonica. He then performs a tender rendition of Elton John’s “Your Song,” which he heard Elton perform when he realized he was going marry his wife. The album closes with the Beatles’ “The Long and Winding Road,” which neatly summarizes the talented artist’s personal and professional journey.