It was the summer of 1963 and Doug Chappell was riding high. His Toronto band Richie Knight & the Mid-Knights had just hit No. 1 on the charts with Charlena, bringing the group local fame and enabling members, each barely out of their teens, to buy a car. Most purchased sensible sedans. But Mr. Chappell splurged on a brand new Pontiac Parisienne convertible – and painted it an eye-popping shade of pink. Then he cooked up a bold plan: to drive his new set of wheels to Detroit, stopping at every radio station along the way to talk up the band.

Mr. Chappell’s taste for crazy promotion schemes and flashy sports cars never waned. Nor did his passion for music – especially by Canadian artists. After his group disbanded, he moved into the record business and became known as a fabulously coiffured executive with a knack for not only hearing hits, but knowing how to market them. For the next quarter of a century, he presided over four different record companies and helped shape the careers of some of Canada’s biggest stars, from Gino Vannelli and Bryan Adams to Rita MacNeil and Shania Twain. 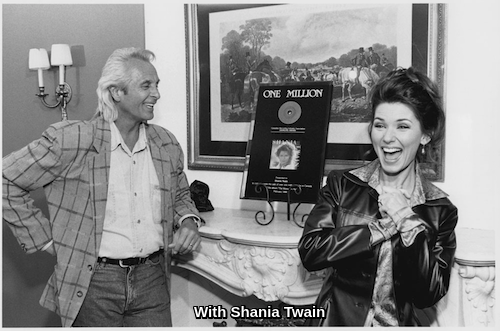 Mr. Chappell retired in 1997 and afterwards devoted himself to lobbying for the inductions of early legendary artists into the Canadian Music Hall of Fame. When he died suddenly at his home in Niagara Falls, Ont., on Dec. 3 at 77 from a massive heart attack, social media was flooded with tributes from dozens of former music colleagues, remembering a fun-loving boss and sports fanatic who ran his record companies like teams – with him as their competitive captain.

“Doug lived for music,” wrote Warner Music Canada’s president Steve Kane, who worked under Mr. Chappell’s presidency at Virgin Music Canada, “and he derived so much joy from sharing what he loved.”

Allan Reid, head of the Juno Awards and the Canadian Academy of Recording Arts and Sciences, agreed. In 1992 Mr. Chappell gave Mr. Reid, then scouting talent for A&M Records, a demo tape of a young Calgary singer-songwriter. “Doug explained he wasn’t able to sign her at Virgin at the time,” Mr. Reid recalled, “but said she’s got great songs and a beautiful voice and told me, ‘You should check her out.’ That was Jann Arden and I wound up signing her myself.” Added Mr. Reid: “That was Doug – always passionate and a consummate record man with a wicked sense of humour.”

Douglas John Chappell was born in Toronto on Jan. 16, 1943, the only child of life insurance salesman Gus and his fashion buyer wife, Edna. As a 14-year-old, Mr. Chappell caught the rock ‘n’ roll bug after seeing Elvis Presley at Maple Leaf Gardens and joined his first band, the Galaxies, which included future Metro Toronto chairman and member of Parliament Alan Tonks. Within a couple of years, Mr. Chappell was recruited to play bass for Richie Knight & the Mid-Knights by guitarist George Semkiw, a fellow student at York Memorial Collegiate who became his lifelong friend, and met Ann Neely, his future wife, at the same school. 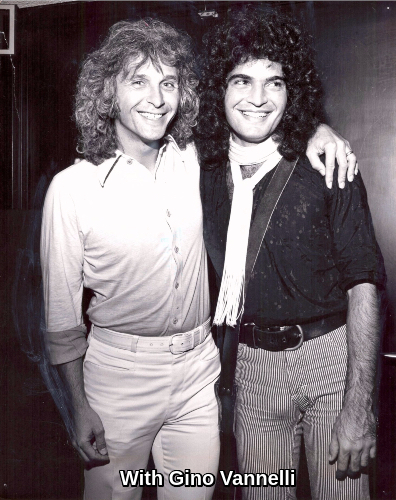 The Mid-Knights’ success ran out by the late ’60s and Mr. Chappell landed his first industry job in 1971, doing local promotion for the newly created Canadian division of A&M. His own background as a musician gave him instant rapport with artists such as ex-folkie cowboy singer Ian Tyson, whom he drove to various radio stations around Southern Ontario in his latest sports car, a cream-coloured Citroën, and later Mr. Adams, whom Mr. Chappell helped to groom for airplay success several years before his big breakthrough.

Although his hair turned prematurely grey when he was in his 20s, Mr. Chappell took great pride in maintaining a full mane. Lorna Richards, another A&M colleague, remembers bumping into Mr. Chappell at the Toronto salon House of Lords when she was there with the group Pablo Cruise doing an impromptu autograph session. Recalled Ms. Richards: “Out of the corner of my eye I see Doug, sitting in a chair with his hair in perm rollers under the hair dryer. Doug, being Doug, wasn’t embarrassed at all and jumped up to greet the band. We all laughed until we cried.”

Mr. Chappell left A&M in 1984 to become head of Island Records Canada, home of Bob Marley, U2 and Robert Palmer. During his tenure there, he oversaw one particularly extravagant stunt, approving promotion man Peter Diemer’s rental of a military tank and long-nosed cannon to “go to war with” Vancouver’s CFOX in a campaign to persuade the radio station to play Two Tribes by Frankie Goes to Hollywood. The playful intimidation tactics worked: The station succumbed and the song went Top 10 in Canada. But Mr. Chappell left just two years later over a disagreement with Island chief Chris Blackwell, who refused to allow any Canadian artists on the label.

When he joined Virgin as president, Mr. Chappell negotiated directly with owner Richard Branson and made having a budget for domestic talent a condition of his signing. He also moved the label into Rundle House, a supposedly haunted heritage mansion on Toronto’s Jarvis Street. “That place was like a fun house,” Mr. Kane recalled, “and a lot like what I imagined working at a pirate radio station would be. Doug was the ringleader, but very paternal toward his small staff and he gave us a lot of encouragement and freedom to go out and score No. 1 albums or singles and outdo the bigger labels.”

Mr. Chappell’s eclectic music tastes were reflected in Virgin’s artist roster, which included Colin James, Mary Margaret O’Hara, Handsome Ned and Lori Yates. He was especially passionate about Saskatoon rockers the Northern Pikes and got everyone on board in helping to make hits out of songs such as Teenland and She Ain’t Pretty. So strong was Mr. Chappell’s belief in the Pikes that when he eventually moved over to Mercury/Polydor, he hired the band’s Bryan Potvin to join his A&R department.

One of Mr. Chappell’s zanier sides caught Mr. Kane off guard. “I’d been at Virgin about a month,” he recalled, “and noticed that every Friday at the end of the day Doug would lock the doors and say over the intercom system, ‘All involved in the Bob Marley marketing meeting, come upstairs in five.’ I was new there but I thought, ‘Wait a minute, Marley’s not on Virgin.’ Turned out, that was Doug’s code for ‘Everyone upstairs to smoke joints and celebrate the end of the week.’” 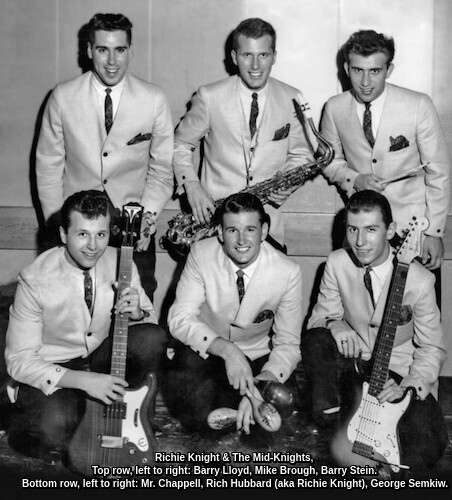 The hits and sports cars – including a gold Datsun 280ZX and a red Alpha Romeo Spider – kept coming at Mercury/Polydor, where Mr. Chappell served as president starting in 1994. By far his biggest success came with Shania Twain. Although she was signed to the label’s Nashville office and rooted in the country music market, Mr. Chappell was directly involved in expanding Ms. Twain’s market reach. Said Bill Ott, his vice-president of sales: “Doug really believed in Shania’s pop crossover potential and leaned on our team to get as much airplay for her as possible.” In particular, Mr. Chappell ordered a dance remix of her song (If You’re Not In it For Love) I’m Outta Here, which helped propel The Woman in Me album from 300,000 to one million copies in Canada.

A colourful character and prickly contrarian who loved a good argument, Mr. Chappell held surprisingly strong right-wing views that were at odds with many in the music world. But when he died, friends and colleagues paying tribute said Mr. Chappell never allowed his political beliefs to overshadow his musical passions. “Doug and I butted heads a few times,” admitted Alexander Mair, former owner of Attic Records, “but he always apologized afterwards when he settled down. Ultimately, Doug was a good guy who will be missed.”