Denise Jones - A vital force for reggae music in Canada Denise Jones wore many hats: actress, dancer, artist manager, concert presenter, festival producer, event planner and mother of two. A pillar, along with her husband, Allan, of the Jamaican-Canadian community, she worked tirelessly throughout her career to promote Caribbean culture – first through plays and pantomimes and then through reggae concerts and arts festivals – to increasingly larger audiences.

The multifaceted businesswoman was also a strong activist, championing diversity long before “Black Lives Matter” became a popular movement. In 1989, in the wake of the police shooting death of Mississauga Black teenager Wade Lawson, Ms. Jones spoke to a task force on race relations and criticized the lack of police training in dealing with ethnic minorities. “We believe that if there is one racist officer that is too much,” she told the task force.

Ms. Jones, 64, died on Dec. 3 at home in Brampton, Ont., surrounded by her family, after an 18-month long battle with glioblastoma, an aggressive form of brain cancer. Her death prompted an outpouring of tributes from politicians, artists and music industry colleagues whom she mentored. Former MuchMusic veejay Tony (Master T) Young tweeted about Ms. Jones’s “passion to move the music and culture forward,” while Toronto booking agent Jonathan Ramos cited her “wisdom and willingness to share her knowledge and experience.” Five-time Juno Award-winning reggae artist Exco Levi, whom Ms. Jones managed for nearly a decade, called her a “warrior” and cited her willingness to travel with him and his band from Toronto to New Brunswick and the United States –“by bus, no complaints, she was there.”

Prime Minister Justin Trudeau, on Twitter, called Ms. Jones “an incredible advocate for Black and Caribbean arts and culture,” while Olivia (Babsy) Grange, Jamaica’s Minister of Culture, Gender, Entertainment and Sport, who worked in Toronto managing reggae artists during the 1970s, wrote that Ms. Jones’s death “will leave a void, not only in the area of entertainment and events, but also community involvement.” 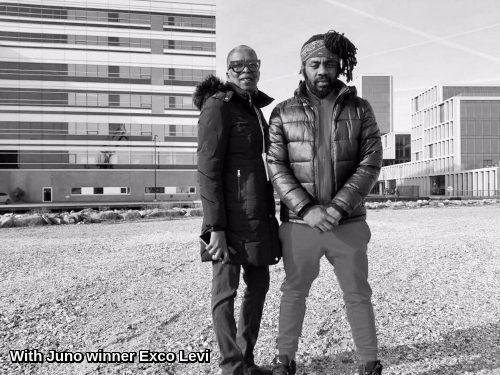 Juno-winning dub poet Lillian Allen was one of a number of female artists who paid tribute to Ms. Jones’s dedication to Jamaican culture and her efforts to elevate its status within Canada, citing her role in founding a separate reggae category at the Junos and mentoring Black women within the entertainment industry. “Denise loved the culture and made sure there was a space for us all within the broader Canadian context,” Ms. Allen told The Globe and Mail. “It became like a mission for her.”

Michelle McCullock, better known as Canada’s pioneering female hip-hop artist Michie Mee, recalls her first performance at a 1988 Toronto talent show produced by Jones & Jones, the production team Ms. Jones formed with her husband. “From the moment I met Denise, she encouraged me to hold my head up,” Ms. McCullock said. “For urban musicians, Black musicians and female artists specifically, she had a shoulder so broad you could go to her for anything and she’d point the way.”

Ms. Jones’s encouragement directly led another Jamaican-Canadian woman to become head of one of the country’s largest music publishers. “I wouldn’t be where I am today if it wasn’t for Denise,” says Warner Chappell’s Vivian Barclay. “And Black music in Canada would not be where it is if not for her either. She never stopped mothering, mentoring and pushing me and others forward. Her work ethic was extraordinary.”

Ms. Jones was born Claudia Denise Oates on April 23, 1956, near Port Antonio, Jamaica, the eldest of four children of Claudius Oates, a school principal, and his wife, Louise, a teacher. While attending Hope Bay All-Age School and later Titchfield High School, Ms. Jones was drawn to acting and dancing, studying with Jamaican choreographer Neville Black and performing for tourists. She won a scholarship to the Harlem Dance Theatre, but her parents insisted she choose a different path, leading her to Canada and a broadcasting and communications degree at the University of Windsor. 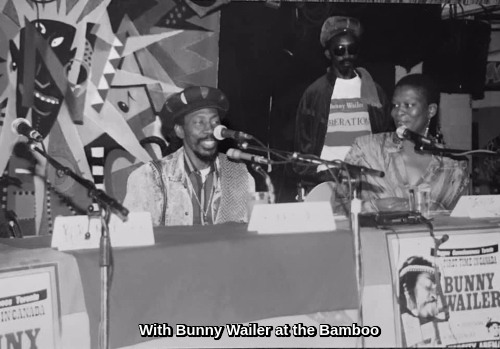 When she returned to Jamaica, Ms. Jones, a tall, striking woman, auditioned for a pantomime production in Kingston called Johnny Reggae and won the part. So, too, did a recent graduate of the University of West Indies. “We were the perfect match,” recalls Allan Jones, who married his leading actress in May, 1980. The following January, the couple moved to Canada, settling in Sudbury, where Mr. Jones worked for the pulp and paper industry and Ms. Jones landed a job as an arts reporter at CBC Radio’s Sudbury station. It wasn’t long before the pair had formed Sudbury’s Afro-Caribbean Association and launched a day celebrating Caribbean culture.

With two sons in tow, the Joneses moved to Toronto in 1987 and immersed themselves in its large Jamaican community. Having already staged one successful theatrical production called Dukunu at the city’s Jamaican-Canadian Association on Dupont Street, the pair formed Jones & Jones Productions and began putting on regular comedy skits, some in which Ms. Jones appeared opposite Jamaican actors Oliver Samuels and Carl Bradshaw, film star of The Harder They Come. They also presented their first reggae concerts, with Frankie Paul at the Diamond club and the series Reggae on Yah at the Great Hall.

Throughout the 1990s, Jones & Jones were responsible for bringing Jamaican rhythms and flavours to Toronto’s annual Caribana festivities, staging the Reggaebana festival at venues such as the El Mocambo, the Opera House and Ontario Place. The first festival featured legendary artists such as Leroy Sibbles, Willie Williams and Culture featuring Joseph Hill, who became a long-time friend of the presenters. Ms. Jones also began managing reggae artists such as Carla Marshall and Nana McLean during this period and staged an annual Bob Marley tribute as part of Black History Month, with major stars performing alongside emerging artists. Jones & Jones events were always marked by what Ms. Allen called “admirable professionalism, with shows starting on time and everyone getting paid.”

When asked about the need to celebrate Black accomplishments, Ms. Jones told one newspaper: “It’s vitally important for the young people, who aren’t getting much Black history in the usual curriculum. For a month, it puts the focus squarely on the Black community [which] contributes greatly to the self-esteem of Black youth.” She added: “It’s made an impact on Toronto by highlighting the positive contributions of the community to the quality of life in the city in general.” 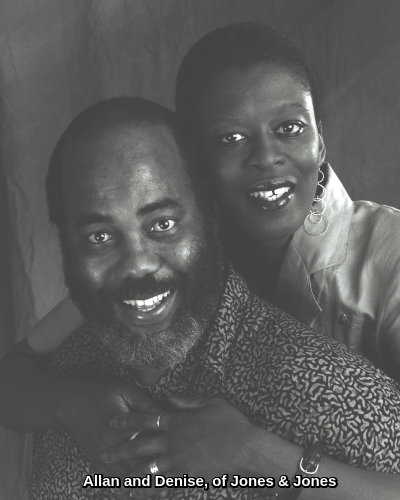 Mr. Jones recalled how his wife responded after witnessing a group of Black individuals picketing outside the Junos in Toronto. “When Denise realized they were protesting the lack of a separate reggae category at the awards, she set about finding out how she could meet with the Juno executives and advocate for change,” he said. “As with all of her activism, she believed in working from the inside out and finding a gentle but aggressive way to push for change. That served her well.”

After the family relocated from Scarborough to Brampton, Ont., Jones & Jones began staging increasingly larger community events such as Air Jamaica Day and Jambana, which in 2009 drew 45,000 people to Downsview Park. The Jambana One World Festival, representing Canada’s growing diversity, last year marked its 11th staging with Jamaican rising star Koffee as headliner. Jesse Jones, Mr. and Ms. Jones’s eldest son, recalled how his mother, her head wrapped after surgery, showed up to the festival and cried at the sight of Brampton’s packed Garden Square and her son, who had taken over the reins of the family business: “She asked me, ‘Are you standing up proud?’ and I said, ‘Yeah, Mom, I am.’ I’m glad she was able to see that.”

While she passed her love of music to Jesse, Ms. Jones, a deeply religious woman, influenced her other son, Jerimi, in spirituality; he has earned his master’s degree in divinity and can now become a pastor. During her career, Ms. Jones sat on the board of Helping Hands Jamaica Foundation of Canada, leading fundraising efforts to build schools in Jamaica’s most vulnerable communities, and received the Lifetime Achievement Award from the Urban Music Association of Canada, and a Harry Jerome Award for Excellence in Entertainment.

Originally published in The Globe and Mail 17 December 2020