When Wayne Gretzky was inducted into the Hockey Hall of Fame at a gala ceremony last November, only two artists were asked to perform: Stompin’ Tom Connors and Blue Rodeo’s Jim Cuddy. For Cuddy, who plays pickup hockey throughout the winter with a group of musicians, including members of the Rheostatics and the Tragically Hip, the invitation stands as a career highlight. But the 44-year-old singer-guitarist says he’s still a bit embarrassed about how he actually got to meet the Great One. “I inflicted myself on him at the end of the night,” recalls Cuddy, still shaking his head in disgust. “Everyone was getting their picture taken with him and I just jumped right in. He was very gracious about it, but I’d trapped him between a guy in a wheelchair and the wall. What was he going to do?”

Cuddy had a better encounter with Connors, who paid him and Blue Rodeo the highest compliment. “He told me, ‘You guys have done well and stayed Canadian.’ That really means something coming from a staunchly Canadian guy like Tom, who’s absolutely revered by people from coast to coast.” So, too, is Blue Rodeo. Aside from the Hip, no other working Canadian band can boast as large and loyal a following. Over the course of 15 years, the Toronto-based, country-rock group—led by Cuddy and singer-guitarist Greg Keelor—has garnered five Juno Awards and sold more than 2.7 million albums, while headlining popular national tours such as last year’s Stardust Picnic. At the same time, Blue Rodeo has weathered the storms of personnel changes, health problems and solo albums by Keelor and Cuddy that seemed to threaten the band’s future. Now, after the success of last year’s double live album, Just Like a Vacation, which enjoyed platinum-level sales of 100,000 copies, Blue Rodeo is back stronger than ever. The group— which includes founding member Bazil Donovan on bass, drummer Glenn Milchem, keyboardist James Gray and pedal-steel player Bob Egan, who recently replaced Kim Deschamps—is currently in the midst of a 42-city national tour (international dates will follow). Blue Rodeo has just released its eighth studio album, The Days in Between (Warner). Confident, cohesive and full of concise, pop-oriented tunes, it is easily the band’s best work to date. 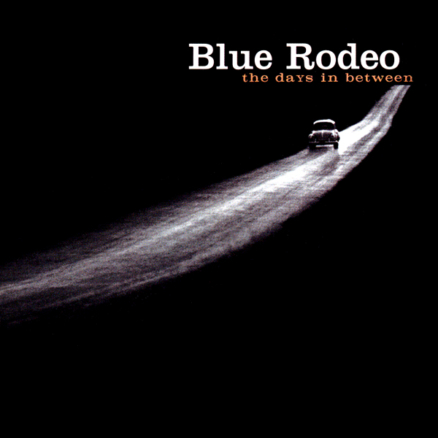 Blue Rodeo’s longevity and creative evolution can be traced to its leaders’ songwriting partnership, in which Cuddy plays yin to Keelor’s yang, tempering his partners dark, rough edges with a smooth and sunny sweetness. Those contrasting styles have never been more apparent than on The Days in Between. Produced by Trina Shoemaker (Sheryl Crow, Emmylou Harris) at Daniel Lanois’s Kingsway Studio in New Orleans, it features the driving, Beatles-esque pop of “Begging You to Let Me In” and the brooding, Dylan-like country flavour of “The Seeker.” Meanwhile, “Sad Nights” is a perfectly etched, bittersweet ballad that is every bit as good as “Try,” the group’s best-known, Juno-winning single.

At a recent taping for a TV special on the band, which CBC will broadcast on Feb. 27, Blue Rodeo performed many of the new songs, as well as a few of its classics, with energy and a sense of fun. The audience included Cuddy’s three children with his wife, actress Rena Polley— Devin, 13, Emma, 11, and Sam, 7. They are clearly among the band’s most ardent fans. During the over three-hour taping, they frequently sang along and pretended to be playing instruments themselves. “I love the fact that my kids are so comfortable in that setting,” says Cuddy. “They like the music and like to be around me at work. I take them with me whenever I can.” 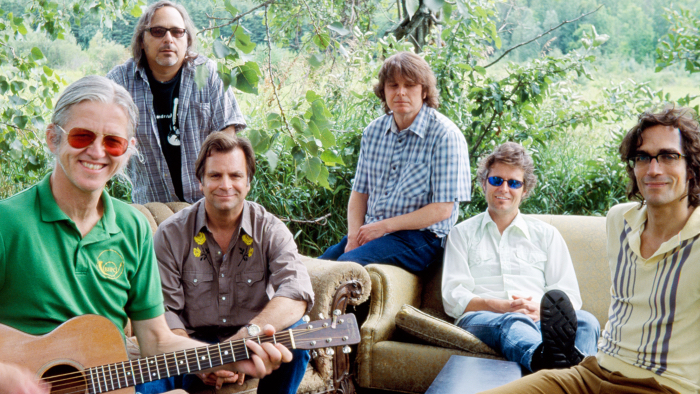 Cuddy and Keelor both credit Just Like a Vacation with bringing about a renewed focus for the band. “The live album was a laborious act of scrutinizing ourselves,” Cuddy says over lunch in Toronto’s Yorkville district, “of listening to hundreds of hours of our recordings, all the long, drawn-out solos and endings. After that, there was no way we were going to make an unfocused record.” Keelor adds in a separate interview that drummer Milchem played a crucial role in deciding the album’s content. “Glenn did everything from editing lyrics to choosing the songs, which was great because Jim and I, being two singers with two different points of view, often reach an impasse.”

Cuddy has another theory about Blue Rodeo’s rejuvenation. When Keelor released his solo album, 1997 s ominously tided Gone, Cuddy feared that his partner was contemplating leaving the band. In response, he recorded his own solo album, 1998’s All in Time, which, he says, boosted his confidence in his ability to write songs for the band. Keelor, 45, who lives alone on a farm near Peterborough, Ont., admits that he once considered quitting—but on account of illness, not unhappiness with Blue Rodeo. In 1995, he fell out of a loft in his farm and suffered head and back injuries as well as several cracked ribs. Some time later, he experienced complications from diabetes. Physical and emotional distress led him to visit a spiritual adviser named Papaji in India. “I had always wanted to go to India and had always been fascinated with the whole gum trip,” says Keelor. “I’ve now been three years in a row. It’s sort of like Club Med for the head.” Keelor says he is now healthy and fully committed to the band. “We’ve always concentrated on writing songs and playing music,” he says. “After all these years, that still means something to us.”