The concert began and ended badly. Minutes before the members of Blue Rodeo were due onstage at the student lounge of Erindale College in suburban Toronto, the band’s manager, John Caton, had been refused admittance. A student security guard with a penchant for protocol insisted that because Caton had no photo identification proving he was old enough to drink, the manager—who is 39—could not go in. Undeterred, Blue Rodeo gave a spirited two-hour performance. Yet some people in the audience of 300 failed to give the show their full attention: it had been exam week, and several students were more interested in consuming large quantities of beer than in listening to the band’s thoughtful brand of country-pop. As the concert drew to a close, a fight broke out between two inebriated young men who had been ejected from the lounge. In a fit of pique, the more boisterous of the two kicked in a door beside the stage, spraying the band’s equipment with long shards of glass. That sort of night is all too familiar to bands still establishing themselves. But Blue Rodeo is poised to leave such experiences behind.

The Erindale College appearance was a warm-up for an international tour that will take the group to large concert halls across Canada and to major engagements in the United States and Europe. The tour opens officially this week in Winnipeg, moving on to three nearly sold-out nights at Toronto’s 2,500-seat Convocation Hall on April 28 and to big engagements in Vancouver, Ottawa, Montreal and other centres in May.

Blue Rodeo has already proven itself in Canada as a top recording act. It earned a double-platinum award for sales of 200,000 of its 1987 debut album, Outskirts, hit the Top 10 with the now-classic ballad Try and swept all the top Canadian country and rock music awards. Last month, the band won three Juno Awards, including group of the year. With its second album, Diamond Mine, just released in Canada, Blue Rodeo plans to conquer the European and American markets as well. Last week, the group’s U.S. label, Atlantic Records, set up special Blue Rodeo appearances in Los Angeles and New York City in order to prepare critics for next month’s American release of Diamond Mine. And this summer, the band will tour Europe after performing similar showcase concerts in England. Said Mark Shulman, Atlantic’s general manager: “We have extremely high hopes for the group and see no reason why they can’t have the same success around the world as they’ve had in Canada.” 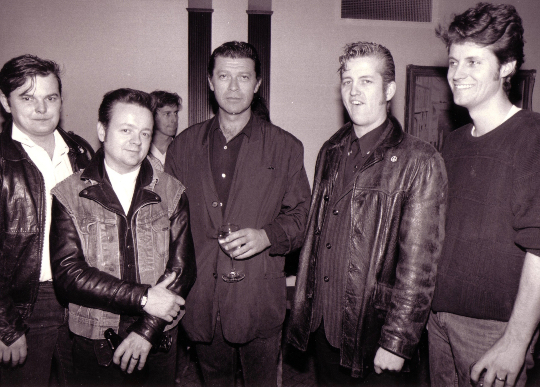 Riding a new wave of Canadian music, Blue Rodeo is one of a number of bands to emerge from Toronto’s fertile music scene and score international success with a distinctly country flavor. But like many of its peers, the group picks from a grab bag of styles in addition to country in order to reach a broader audience. Hardworking and well-seasoned performers on the Canadian bar circuit, Blue Rodeo was one of the first of the new breed to win a recording contract, and it has a depth of skill lacking in most young bands. Indeed, when it performed at last month’s Junos with Canadian rock veterans Robbie Robertson, Garth Hudson and Rick Danko, Robertson credited Blue Rodeo with “continuing the legacy” of his now-defunct group, The Band, which was being inducted into the Canadian music hall of fame.

Like The Band, Blue Rodeo draws strength from the diverse talents of all its members. Along with Jim Cuddy, 33, and his singing, songwriting and guitar-playing partner, Greg Keelor, 34, the group is made up of bassist Bazil Donovan and drummer Cleave Anderson—who have country and punk-rock experience respectively—and the exuberant keyboardist Bob Wiseman, who is about to release a solo album of political songs set to blues and country music. Together on the new album, the musicians provide an inspired musical setting for Cuddy and Keelor’s intriguing lyrics. On Diamond Mine’s title track, a darkly sinister organ contrasts with soaring vocal harmonies to convey the mixed emotions of spumed love. And “Love and Understanding,” which suggests that the human race and planet Earth are incompatible, opens with a jazz-flavored piano introduction, while the drum-laden “Fuse” conveys the oppressive world of South African work camps. 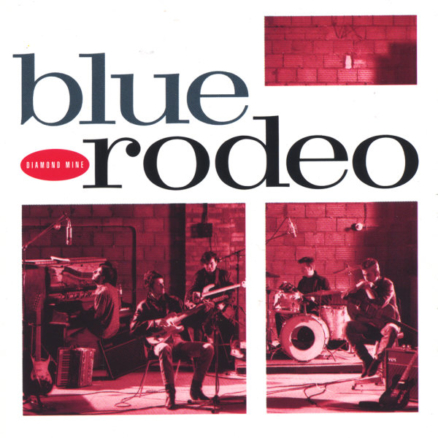 The new album is a dazzling follow-up to Outskirts. Like its predecessor, Diamond Mine contains an engaging mix of Keelor’s rough-hewn rock songs and Cuddy’s finely polished country ballads. And the two composers continue to explore the darker side of American culture. Two songs on the debut album use the deaths of two American celebrities as metaphors for U.S. alienation and despair: one depicts actor William Holden lying drunk in a pool of his own blood, while another deals with David Kennedy, the drug-addicted son of former attorney general Robert Kennedy, assassinated in 1968. On the latest album, “Florida” takes a jaundiced look at one of Canada’s favorite vacation spots, while “God and Country,” with its references to “denial” and a “patriotic smile,” contains a scathing portrait of Lt.-Col. Oliver North of Irangate fame.

Like the best songwriting teams, Cuddy and Keelor complement each other. And their looks match their musical styles—balladeer Cuddy has fine, chiselled features, while rocker Keelor has a more rugged appearance. Last week, over coffee in a restaurant on Toronto’s Queen Street—where the band got its start— the two men spoke about their perspectives on America. Keelor explained his frustration as a child watching television’s Captain Kangaroo, a program filled with American references. Said Keelor: “I’d ask my mother why I didn’t know the pledge of allegiance, and she’d say, ‘Because you’re a Canadian.’” “What’s that?” asked Keelor, in a child’s voice. “We’re not sure,” replied Cuddy, imitating Keelor’s mother. “Let’s phone Pierre Berton and find out,” said the mock-child Keelor. “It has something to do with railroads,” offered Cuddy, now impersonating Berton. “I’ll get back to you on that.” 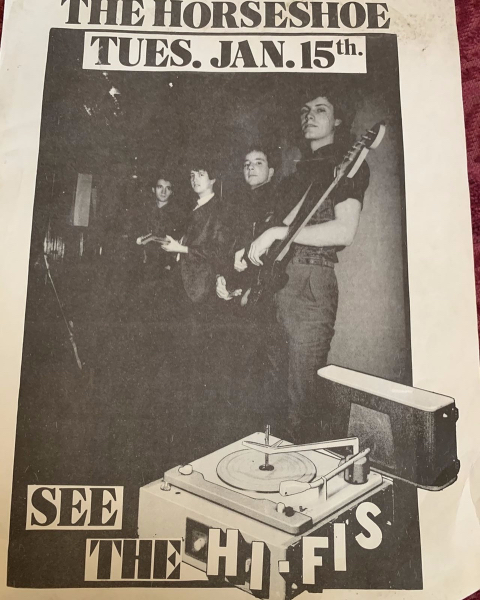 That banter is the mark of a friendship that has endured 16 years. Cuddy, one of three children born to a teacher-mother and engineer-father, and Keelor, the only child of a salesman and his wife, met while attending high school in North Toronto. Keelor took up the guitar after watching Cuddy, who comes from a musical family, performing at parties with friends. By the late 1970s, the two men formed a pop group called the Hi-Fis and played in downtown bars. Then, they moved to New York City—where they rented rehearsal space from their Toronto friends and fellow country-music lovers, Cowboy Junkies—but returned three years later with a $5,000 debt.

Cuddy and Keelor went back to Toronto with a newfound interest in country styles. Forming Blue Rodeo in 1984, they became part of a growing movement of musicians who were, according to Cuddy, “updating country music, mixing it and crossbreeding it.” Within a year, their band became one of the hottest live acts in Toronto, and manager Caton formed an independent record label, Risqué Disc, and then obtained a major record deal with WEA Music. Recalls Bob Roper, WEA’s director of artists and repertoire, who signed the band: “I was attracted by their attitude, their songs and their performance. There was some sort of magic in their music, and they had a vision of exactly what they wanted—without any pop-star pretensions.”

Blue Rodeo’s down-to-earth approach on Diamond Mine has taken the group to new artistic heights. Recorded initially in a gutted Toronto movie theatre and completed in a New Orleans apartment-studio, Diamond Mineallowed the band more breathing space and room to stretch their talents. According to Keelor and Cuddy, the concept for the recording began with a conversation with celebrated Canadian producer Daniel Lanois, best known for his award-winning work with Irish superstars U2. Lanois suggested his own informal, live-performance approach to recording and introduced the band to his assistant, Malcolm Bum, who eventually produced Diamond Mine. Said Keelor: “We could have got the big-shot producer and made the big radio record. But we wanted to make a record that was truer to our sound and our perspective.” Added Cuddy: “We were more afraid of coming up with an insubstantial record than one without hit singles.”

Songs remain Blue Rodeo’s abiding strength, and numbers such as the tough, rock-oriented “Diamond Mine” or the sweet country ballad “House of Dreams” appear destined to become as popular as earlier singles like “Try.” Now, as a wider audience awaits them, the members of Blue Rodeo can demonstrate the secret of their success to the world: by staying true to their own sound, they have found that the hits eventually follow.