Feature Interview: The Soul of Seal Seal has made a name for himself by baring his heart in song. The English-born singer topped the charts in 1995 with “Kiss From a Rose,” which earned him three Grammys. Since then, Seal has sold over 30 million albums, recorded with artists like Joni Mitchell and appeared as a coach on TV’s The Voice. Now the “Love’s Divine” singer has a new album, 7, that reflects the different dynamics of romance. One of its most soulful songs, “The Big Love Has Died,” appears to be about the breakdown of his marriage to Heidi Klum, with whom he shares four children. We spoke with Seal about the complexities of love and the challenges of parenthood. 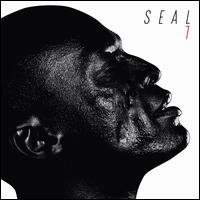 How autobiographical is your new album? There’s a little bit of me in all of the songs. But it’s not my intention for people to hear a song and think, ‘oh, that’s about his marriage.’ I don’t write like that. I try to make my songs relatable for everyone.

So “The Big Love Has Died” isn’t specifically about your experience? It’s something everyone goes through. What people do when they’ve been through emotional turmoil is they try and be adult about it and remain friends with their former partner. But it’s often more complicated than that and the feelings we have initially are very damning, very final, and it gets to the point where you just want to stop the bleeding.

Are you quite involved as a father? I try to be. But you can never be involved enough. I don’t like to talk about my personal life or my kids. I’m quite a private person. I was in a situation over the last 10 years where it wasn’t very private. But I’m a team player so I went along with it. If I wanted to promote my personal life, I’d go on a TV show like I did when I was married. I’d do things like Oprah. If people want to know about my life or my philosophy, they just have to listen to my music.

What do you want people to get from your new songs? We live in a world where we have to desensitize ourselves from a lot of horrible things around us. But doing that disconnects us from our souls. My music tends to be quite emotional, so if I had one wish it’s that people simply feeling something after hearing my songs.