Smooth, slow and seductive, Glenn Lewis’ debut album, World Outside My Window, was the musical equivalent of a candlelight dinner. Packed with power ballads and laced with Lewis’ soulful, Stevie Wonder-like vocals, it was also a commercial smash, reaching # 4 on Billboard’s Top 200 and featuring the Top 10 hit “Don’t You Forget It.” The Toronto-born singer suddenly found himself in the vanguard of the neo-soul revolution, alongside the likes of Macy Gray and Alicia Keys. So why has Lewis opted for a rougher, more uptempo and decidedly sexier sound on his second album, Back for More?

"I’m in a good place right now and the album reflects that,” says the coolly confident Lewis, who earned a Grammy nomination last month in the Best R&B Performance by a Duo or Group with Vocals for his collaboration with Stanley Clarke and Amel Larrieux. “I’ve been enjoying the success that came with the first album and getting out to the clubs a bit more. Plus, I really wanted to be able to dig in on some more uptempo things that are a bit more driving and energetic.” 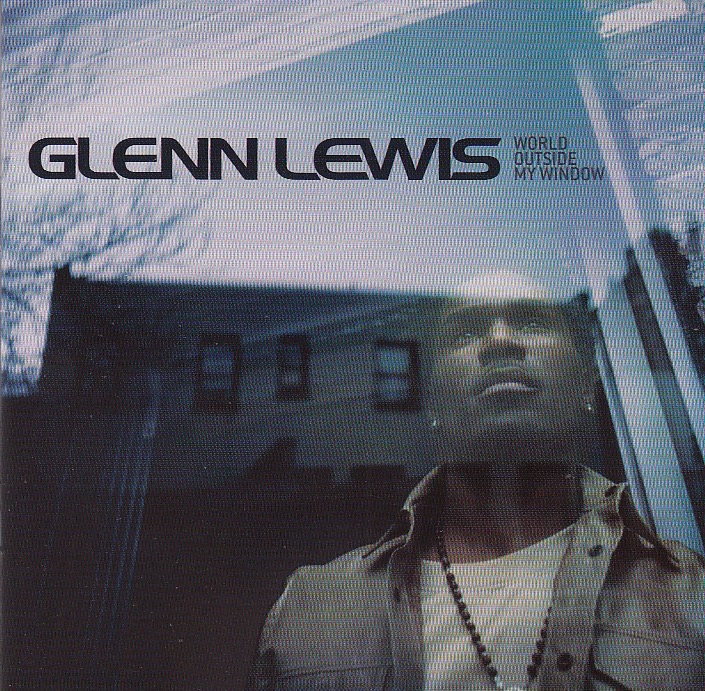 Recorded in Philadelphia and Toronto (Lewis maintains homes in both cities), Back for More still features relaxed, late-night ballads like “Selfishly” and “Tore Down,” a duet with Claudette Ortiz, of the hip-hop/r&b trio City High. But the album bristles with a more forceful edge on numbers like “Smile,” which borrows from the Temptations’ psychedelic-funk hit “Smiling Faces,” and the title track, which also serves as the first single. The latter, featuring a guest appearance by Toronto rapper Kardinal Offishall, is a throbbing, reggae-tinged scorcher that seems destined to fill hot ’n’ sweaty dance floors. It marks the first time since signing with Sony’s Epic Records that Lewis has drawn from his West Indian roots.

“My mother is Trinidadian and my father is Jamaican, so the island vibe comes naturally to me,” explains Lewis, whose father, Glenn Ricketts, played keyboards and sang in the ’70s Canadian-Caribbean funk outfit Crack of Dawn (which, coincidentally, was on Sony via its Columbia label). “For anyone who knows me, it won’t be too much of a shock. But I’ve always liked messing around with different sounds and vibes.” Lewis’ father and mother, Betty, who sang background vocals for his father, introduced him to the soul and funk sounds of the Gap Band, Earth, Wind & Fire, Donny Hathaway and, most significantly, Stevie Wonder. “Stevie’s a genius,” says Lewis, who got to meet his hero in 2001. “I just don’t understand where he gets his ideas for his melodies and harmonic structures—he’s just incredible.”

To honor Wonder, Lewis covered “Superstition” on last year’s Conception tribute album. And while vocal comparisons to the legend abound in any talk about the young soul singer, Lewis has developed his own, fluttering emotional style. Tracks from his latest album like “This Time,” in which his voice shifts from joyful ache to ecstatic moan, are proof of a strong individual talent. Lewis explains that the feeling in his vocals often comes through right in the recording studio while working with his Philly-based producers Andre Harris and Vidal Davis. Harris and Davis, who have produced the likes of Jill Scott, Musiq and Michael Jackson, will start playing something on the keyboards and Lewis steps into the booth and starts singing. “It all gels together,” says Lewis, “and ’Dre and Vi’ somehow manage to capture the emotion of the moment.”

One of the most prominent emotions on Back for More is lust. While not exactly booty-fixated, songs like the title track and “Fly Away” are far more suited to bedroom encounters than candlelit dinners. On the former, Lewis sings about a “sexual conversation” to get his lover in the mood while she wraps her “trembling legs” around him. The latter is essentially Lewis’ version of the Kamasutra, with flying and the spreading of wings serving as a not-too-subtle series of sexual double entendres. “You don’t have to know how to break Morse Code to figure it out,” chuckles Lewis. “It’s just a play-by-play description of how it can go down.”

Clearly, Lewis is shifting his image from romantic nice guy to one devilish dude. “I’m just trying to have a bit more fun and show the ladies how I feel about them and what they do to me,” he admits. “I’m paying tribute to all the beautiful women. Whether they’re Hispanic, Mediterranean, black or white, I adore them all.” Forget “Superstition.” At this rate, Lewis may soon be crooning “To All the Girls I've Loved Before,” Willie Nelson’s and Julio Iglesias’ reverential ode to the fairer sex.

Originally published in Inside Entertainment March 2004