k-os and the changing sound of hip-hop Pigeonholing is an act of laziness, while stereotyping stems from ignorance and prejudice. Either way, for those targeted, it’s a cultural straitjacket—something that Kevin Brereton knows all too well. Growing up black in middle-class Whitby, Ontario, Brereton discovered that corner-store owners only suspected him of shoplifting, never his white friends. As k-os, Brereton learned that narrow musical definitions would restrict him from singing as well as rapping, and from adding acoustic guitar and piano to hip-hop’s usual soundscape. But he did it anyway. “It’s just how I express myself,” says Brereton modestly. “It doesn’t make me a revolutionary.”

Modesty aside, k-os is in the vanguard of a movement that is changing the sound of hip-hop. Like his American counterparts Outkast, the 32-year-old Canadian MC and singer is stretching the music’s boundaries and bringing fresh ideas to a form that has grown increasingly clichéd and moribund. On his 2002 debut album, Exit, k-os mixed elements of rap, rock, r&b and reggae and introduced classical strings, East Indian tabla and Spanish flamenco guitar, now a signature part of his sound. With his followup, Joyful Rebellion, k-os adds jazz, pop and even shades of gospel to his musical palette and features guest appearances by Montreal pop-rocker Sam Roberts, Toronto singer-pianist Sarah Slean and the Vancouver String Orchestra. “Hip hop is still viewed as a juvenile musical form,” says Brereton, “but it’s actually grown up a lot. I’m just pushing the envelope and trying to help take it to the next level.”

Along with broadening hip-hop’s sound, k-os is bringing much-needed consciousness and progressive ideas to the music—a task he’s taken on with almost missionary zeal. On Exit, the mission came in the form of a telephone call. “Picked up the phone, ‘Yeah, who the hell is this,’” rapped k-os, on “Fantastique.” “Somebody said, ‘This is serious business. Hip-hop is dying, it’s all dark radar, so pick up your light and swing your light sabre.” In interviews, Brereton never misses an opportunity to denounce the misogyny and violence that pervades mainstream hip-hop. Of particular concern are the escapist values and materialism glorified in so much gangsta-rap, something k-os takes aim on in the Latin-tinged “Commandante,” on Joyful Rebellion. “We cut and slice irrelevance to the bone,” he raps, “and decapitate rappers who idolize Al Capone.” 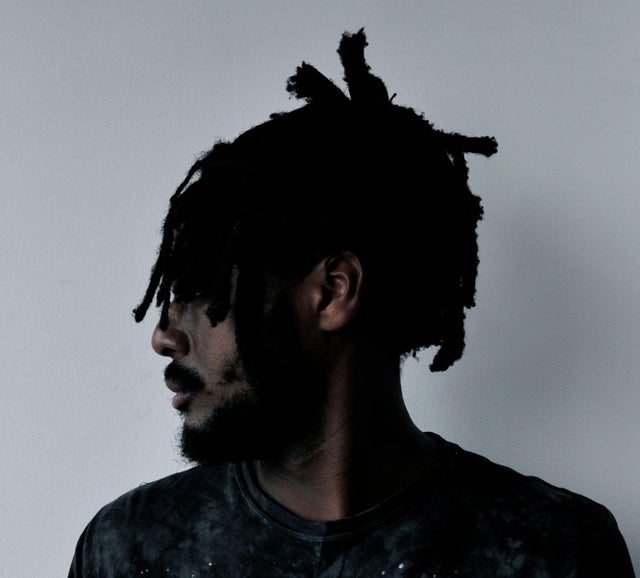 Like The Roots, the Philadelphia soul-rappers with whom he’s toured, k-os preaches positivity and a return to the social awareness of rap’s golden era in the 1980s, when acts like Public Enemy and KRS-One ruled the day. It’s a theme he introduces on “B-Boy Stance,” the new album’s first single. “It’s so hard to remain authentic, everything around me is changing,” raps k-os. “I think I’ll remain, I think I’ll just stay a b-boy standing in my b-boy stance.” The song’s video similarly celebrates old-school values, featuring breakdancers and graffiti artists. As Brereton writes in the liner notes to Joyful Rebellion: “Hip hop has four elements—the Emcee, the DJ, the Graff writer and the Breakdancer. These four elements working together create an ecosystem, a culture. What we are witnessing today is not hip hop at its apex.” He continues: “If the style of a music becomes more important than its substance then that music becomes trendy. When the music becomes trendy its parameters then are much too narrow, too limited to express simple Universal Truths. And since the truth is not a trend, we lose depth of perception.”

Admirable thinking. No wonder Brereton chose the stage name k-os, meaning “knowledge of self.” He’s that rare breed of rapper who promotes spirituality, and studied world religion at Ottawa’s Carleton University. “I had a strict upbringing,” explains Brereton, whose family emigrated from Trinidad. “My parents are Jehovah Witnesses and my father was an elder in the church. I wasn’t allowed to go out to parties until I was 21. When I got into music, I was attracted to groups like A Tribe Called Quest because it was fun, cool and powerful—but also because they talked about things I could play in my house that my father didn’t object to.” He added: “When I borrowed my dad’s car, if I left any kind of music that had swearing in it, my dad threw it out the window. He wanted to make sure I followed a certain moral path, but I lost like half my CD collection.”

Michael Jackson was an early influence. The self-proclaimed King of Pop, at least the Thriller-era version, inspired the r&b-flavored “Man I Used to Be” on Joyful Rebellion. Over a pulsing, Quincy Jones-style production, k-os whoops, squeals and sings in a voice that sounds uncannily like Jackson on “Man in the Mirror.” “He’s the one who sparked my whole career,” says Brereton. “The song started as a joke. I did all these cool little vocal inflections that I lifted from him when I was a kid. Then the song got more serious. It’s about a guy who realizes that he strayed far from his original world and he wants to get back to that.” The collaboration with Sam Roberts, the rock-oriented “Dirty Water,” also came naturally. “We share the same publisher (Universal Music),” says Brereton. “I love Sam’s music. When I first caught his “Hard Road,” I heard Beatles influences and immediately respected his songwriting.” 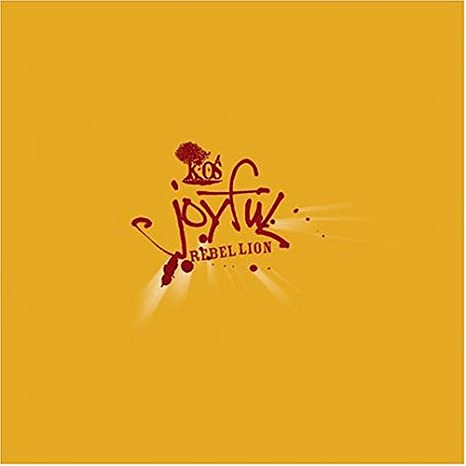 In fact, growing up in Whitby, rock music made almost as much of an impact on Brereton as rap. Late, coming up from Toronto’s hip-hop scene in the 1990s with artists like Saukrates, Solitair, Choclair and Kardinal Offishall, k-os made an impact with distinctive soul-inflected songs like “Musical Essence” and “Rise Like the Sun.” A turning point in his career was an incendiary performance, backed by a live band, in front of a roomful of music industry types at Toronto’s Reverb during 1999’s North by Northeast music festival. Brereton then took his songs to record labels’ A&R offices accompanied by acoustic guitarist Russell Klyne, who remains a key collaborator to this day. It underscored the fact that, regardless of production, Brereton is a songwriter before all else. Ultimately, he signed a recording contract with EMI and a publishing deal with Universal’s Linda Bush, who had caught his NXNE showcase.

As a performer, k-os is not averse to displaying his influences with a series of wide-ranging cover versions. At last year’s Downtown Jazz Festival, at Toronto’s legendary El Mocambo, he delivered a thrilling remake of The Beatles’ “Yesterday” and then offered a reggae medley that included Black Uhuru’s “Guess Who’s Coming to Dinner,” Bob Marley’s “Crazy Baldheads” and a reggae-fied version of Avril Lavigne’s pop-punk hit “Complicated.” That eclecticism was evident on Exit, which featured the Peter Tosh-inspired reggae track “Superstarr Part 1” and the rock number “Superstarr Part 2,” which Brereton described as being “in that Oasis-Radiohead-John Lennon language.” As he told one reporter: “People assume that black people don’t speak that rock language, that it’s just for white kids. The song just proves that we can.”

One of Joyful Rebellion’s catchiest songs is “Crabbuckit,” a bass-slapping, hand-clapping romp that recalls both “Ludi,” the playful 1991 track by pioneering Canadian rappers The Dream Warriors, and “Mushaboom,” the infectious, recently released number by Toronto singer-songwriter Leslie Feist. Actually, says Brereton, “it was inspired by Ray Charles and him doing ‘Hit the Road, Jack.’ I love the happy and spooky qualities that come through in that. You get that in gospel, which means you’re getting the spiritual aspect. If it’s happy, it’s spiritual. If it’s spooky, it’s spirit-filled, like in Baptist music when you have the tambourine. Anytime you have handclaps and a tambourine, it’s like you’re in church.”

Another song on the album, the epic “Papercutz,” features both mariachi horns and a guest rap by spoken word artist Kamau. But perhaps the highlight of the track is the extended, jazz-like jam between k-os on piano, Maury Lafoy’s upright bass, Sarah McElcheran’s trumpet and Christopher Plock’s saxophone. Says Brereton: “It came together really spontaneously, like an instinctive collective thing. I’m not a jazz guy—I have no formal training, but piano was the first instrument that I used to fool around with.” He added: “With that track, I decided to let the vibe dictate the length of the song and not be concerned with the fact that it runs over eight minutes. I made a conscious effort with Joyful Rebellion to make a Thriller type of record. Every song was sculpted with a unique arrangement in mind.”

Defying stereotypes and rejecting pigeonholes has made Brereton a formidable, original, hard-to-classify artist. As a writer, rapper, singer and producer, he’s a quadruple threat, a thinking person’s MC who is willing to break conventions and challenge the status quo to get his point across. “I grew up with privileges,” admits Brereton. “I had the opportunity to think about what I wanted to do and to develop musically. That gave me a sense of who I am. Hopefully, by the will of god, I’ll never be afraid to express what I think and feel.”