One of the most beguiling albums of the summer of 1994 is Sheila Chandra's The Zen Kiss (Real World/Virgin). Like Chandra’s previous Weaving My Ancestors' Voices, it's a recording of solo voice with simple drone-note accompaniment. But the songs are so rich and the vocal techniques so entrancing that the album comes across as a deep, full-bodied work.

The Zen Kiss draws on influences as diverse as Islamic, Andalusian, Bulgarian and Celtic musics. And, of course, being of East Indian heritage, Chandra also employs ragas and classical Indian musical ornamentations—always anchored by the incessant drone.

As she writes in the liner notes: "The concept of drone has been important in bringing these many influences together. I think that life has a drone, like your blood singing in your ears or the sound of a stream. Where there is a constant drone, it's not difficult to bring musics together as I do. I am often unaware of the precise joining point between two styles; it seems so natural to slip from one style to another."

Indeed, the opening track "La Sagesse" weaves a gospel vocal technique together with an Arabic vocal. "En Mireal del Penal" combines Andalusian and Arabic vocals, while "Abbess Hildegard" is a 12th-century plain chant. And Chandra's Celtic-East Indian fusion hints at where Loreena McKennitt might have gotten ideas for her Mask and Mirror experimentations. 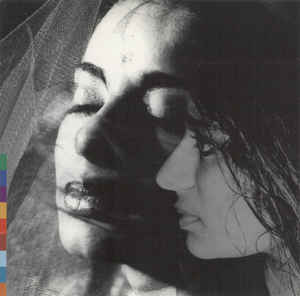 Speaking in a Toronto restaurant recently, Chandra explained her approach to music. "Singing is the closest I get to spirituality," she confessed, "because it's a practical form of meditation for me."

She added: "The whole thing about solo voice and drone-based music is that it's very empowering. The emphasis is back on the singer to produce emotional color. That's the challenge. But it also creates a tension because an audience will wonder: is this woman going to deliver?'"

Two of the most thrilling tracks on the album are the "Speaking in Tongues" pieces, which continue a series started on Weaving. On them, Chandra uses her voice to duplicate the complicated rhythms of the mrdingam and tabla drums. But the pieces are becoming increasingly complex, adding, as she puts it, "other percussive elements like elocution exercises and silly tongue twisters, snippets from advertising jingles, or an ancient Celtic imitation of bird song."

When it's suggested that a collaboration between her and Toronto's mrdingam master Trichy Sankaran -- a kind of mystical voice and drum summit -- might produce fascinating results, Chandra demurs: "He'd have to be willing to forgo the strict time cycles that drummers use. But if he was, it might be very interesting."