Gil Scott-Heron - The Revolution Will Not Be Televised He has been called the godfather of rap, but Gil Scott-Heron steadfastly refuses to bask in any hip-hop glory.

It isn’t that the writer of such classics as “The Revolution Will Not Be Televised” doesn’t see any relationship between his jazz-poetry and today’s rap music. Nor is it that the 44-year-old artist isn’t flattered by all the attention from the hip-hop generation.

It’s just that Scott-Heron—who performs at the Phoenix Concert Theatre with local rappers Nu Black Nation opening—wants people to make other connections. With his music, for one thing.

“I was a pianist before I was a poet,” says Scott-Heron, “and music is as much a part of what I do as poetry.

“Rappers seem to be more rhythmically inspired, and set their poems to rhythms more so than tunes. That’s the difference between my stuff and what they’re doing.”

Maybe so. But anyone who remembers “B-Movie,” his scathing indictment of Ronald Reagan’s America, can recalled how it challenged Grandmaster Flash’s “The Message” for early rap supremacy in 1981.

“Okay,” Scott-Heron finally concedes,” there is a connection. But I don’t think I’m the origin of this whole rap thing. I myself was influenced by people like Leroi Jones, Oscar Brown Jr. and the Last Poets. And I think people should become aware of them.”

The son of a librarian mother and a Jamaican-born father who was a professional soccer player, Scott-Heron has long combined a love of literature with music.

He wrote two novels, The Vulture and The Nigger Factory, while still in his teens and, after getting his master’s degree, taught creative writing.

Over the years, he has recorded an astonishing 18 albums and regularly tours the circuit of jazz clubs and festivals.

All of which makes him something of a renaissance man—a description with which he’s not altogether uncomfortable.

“People like Langston Hughes have been referred to as renaissance men because of their ability to communicate in various media,” Scott-Heron says. “If you’ve been blessed, as I believe I have been, then you have an opportunity to do a couple of things you enjoy.”

Throughout his career, the Brooklyn-based artist has provided a sharp critique of his country and its foreign affairs. And often, his songs have dramatically foreshadowed political events and social issues.

His 1975 song, “Johannesburg,” for instance, came a full year before the Soweto uprising brought international attention to the horrors of apartheid. 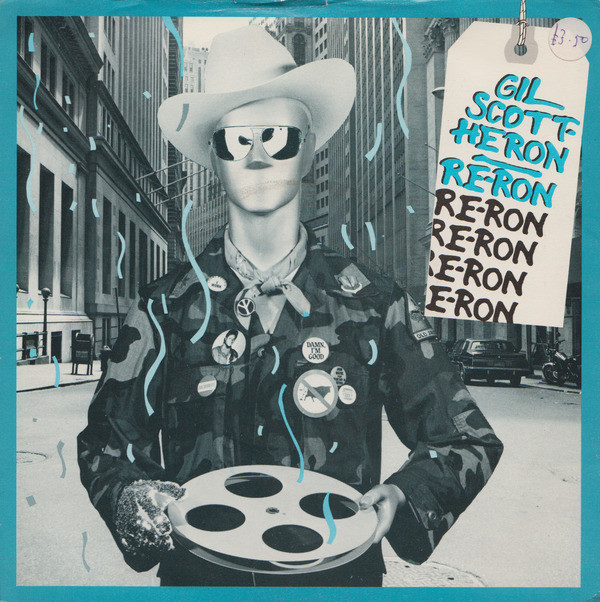 But it was his attacks on Reagan—both “B-Movie” and the hilarious “Re-Ron”—that did the most to raise Scott-Heron’s stature to that of political satirist.

So it’s not surprising that he continues to pen issue-oriented songs, some of which he’ll be performing Tuesday with his band, the Amnesia Express.

One of his latest is “Space Shuttle,” a tongue-in-cheek look at the supposed relationship between orbiting capsules and weather patterns.

Then there’s “Between Iraq and a Hard Place,” which he wrote during the Gulf War. A sample of the lyrics goes: “The military and the monetary/Get together whenever they think it’s necessary/They’re turning some of our brothers and sisters into mercenaries/They’re turning parts of the planet into cemeteries.”

Young rappers like Chuck D. of Public Enemy often point to Scott-Heron as a major influence, but don’t expect any musical collaborations.

“I did a TV show with Chuck D. a while ago,” says Scott-Heron, “and I enjoy some of their work. But I don’t think rap is aimed at people like me. It’s more for kids, like my own three teenagers. They’re the ones who really appreciate it.”

As for the pairing of him with rap group Nu Black Nation for Tuesday’s show, Scott-Heron is diplomatic.

“Whatever,” he says tactfully. “If the crowd’s going to enjoy it, we’ll enjoy it.”