Reggae artists seem to have a knack for taking well-known pop songs, transforming them with reggae’s distinctive, loping rhythm—what Bob Marley called “the one drop”—and creating new, sure-fire hits for themselves.

Think of Toots and the Maytals’ reggae-fied remake of John Denver’s “Take Me Home, Country Roads,” Peter Tosh’s Rasta variation on Chuck Berry’s “Johnny B. Goode” or UB40’s version of Sonny and Cher’s “I Got You Babe.” 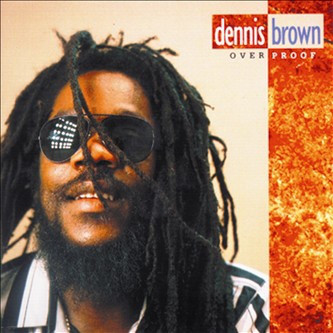 Reggae crooner Dennis Brown is no exception. Brown’s two current albums, Victory is Mine (on RAS Records) and Over Proof (Shanachie), each takes a North American hit and puts an unmistakable Jamaican spin on it.

The former features a bubbly version of the 1959 classic “Sea of Love,” while the latter has a honey-voiced Brown covering “Poison,” the hip-hop chart-topper by rap group Bev Biv Devoe.

Giving pop, soul and even rap tunes the reggae treatment is something Brown is an old hand at. “That’s how I started out,” says the Jamaican-born singer, referring to his first single, a remake of Curtis Mayfield’s “No Man is an Island,” which he recorded at the tender age of 12.

In fact Brown, who headlines tonight’s Reggae Superfest at the Phoenix Concert Theatre, 410 Sherbourne St., with Freddie McGregor, Beres Hammond and Andrew Tosh, finds himself, at 35, a veteran of the reggae scene.

Highly respected by his peers, as much for his consistent track record as for his vocal talent, Brown was once referred to by Marley as the reggae king’s favourite singer.

Speaking during a tour break from his home in London, where he has lived for the past 16 years, Brown acknowledges his seniority on the reggae circuit. But he denied that any rivalry exists between singers, even between him and McGregor, who are often neck-and-neck in popularity on the annual Sunsplash tours.

“The business is cut-throat, but the music is not,” Brown said. “As soon as it (rivalry) enters into it you know that you are doomed,” he added, warming up to the subject, “because the race is not for the swift, not the battle for the strong, but for he who can endure it.”

A dreadlocked Rastafarian who rarely brings Jah, Ethiopia or other Rasta references into his songs, Brown has been dubbed the “King of Lovers Rock” for his satiny, romantic approach to reggae. But he eschews labels and is annoyed by purists who believe reggae should be either religiously devout or politically militant.

“Only fools think the music should be categorized in one particular bag,” he says, a bit testily. “Reggae is just like pop or soul or jazz—it has many styles and many vibrations.”

A tireless promoter of the reggae cause, Brown is quick to site the crossover success of Maxi Priest, a fellow English-based reggae performer, as a sign of the music’s growth. “It’s good for both Maxi and the music, yuh know? And for all of us,” he says.

And he dismisses the accusations that reggae stars such as UB40 and Priest, who successfully covered Cat Stevens’ “Wild World,” have only broken through by watering down reggae’s roots. “We hear that talk so many times,” says Brown. “It’s rubbish. These guys are truly successful at what they are doing, but they still have people criticizing them.”

Although Priest is one of the few reggae artists, along with Ziggy Marley and dancehall sensation Shabba Ranks, who is currently signed to a major record label, Brown is convinced that the music has a strong future. “It’s getting bigger and bigger, spreading globally, and is being accepted by more and more people from all walks of life.”

Brown is the first to admit that covering pop songs in a rub-a-dub style has helped the music reach a wider audience. So don’t be surprised if at the Phoenix, McGregor offers his popular version of the Cuban folk tune “Guantánamera” or Brown launched into his hit rendition of “Poison.” It’s all part of reggae’s crossover plan.

Says Brown: “If the music is good, it will be accepted.”