Rosalie Trombley - 'The most powerful woman in popdom' In the world of Top 40 radio, Rosalie Trombley was a trailblazer – one of the few women to hold a broadcast executive position in an industry that was essentially a boys-only club. Blessed with an innate sense of music, she could pick out a good song from a pile of duds and help to make it a hit, earning her the nickname “the girl with the golden ear.”

Ms. Trombley made her mark as music director at Windsor, Ont.’s powerful CKLW, known as “the Big 8,” whose 50,000-watt signal could be heard widely in the United States as well as across southwestern Ontario. Her influence in choosing what music to play was equally far-reaching: when she put a song into rotation, other stations followed suit. The long list of artists who have credited Ms. Trombley for their early success include Alice Cooper, Bob Seger, Gordon Lightfoot, Kiss and the Guess Who. Mr. Seger even paid tribute to her with his 1973 song “Rosalie,” in which he sang “She’s got the power, she’s got the tower, Rosalie.” 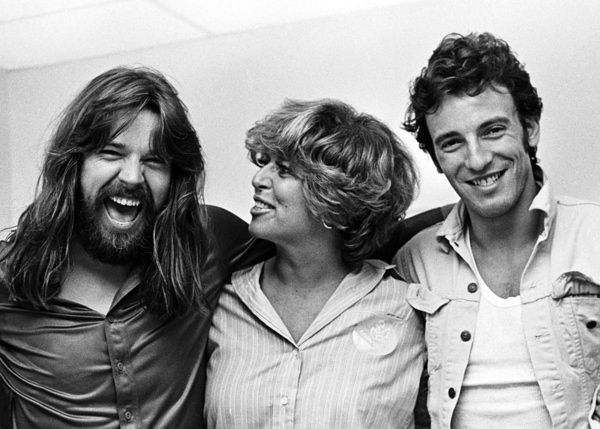 “The most powerful woman in popdom,” as the Detroit Free Press described her in 1971, Ms. Trombley was a frank-talking, bouffant-sporting single mother of three who stood out for her modesty and professional integrity, refusing payola at a time when bribing radio staffers for airplay was rampant. She also famously refused to ever play Mr. Seger’s song – and threatening to quit if anyone at CKLW did – because she thought it would be seen as self-serving and egotistical.

Ms. Trombley was often credited with assisting Black artists such as the O’Jays, Martha Reeves and Earth, Wind and Fire to cross over to white audiences by selecting their songs for CKLW’s influential playlist. But she also helped Elton John cross over to the black market by playing his “Bennie and the Jets,” leading Detroit stations to follow suit. The song became a hit and Mr. John wound up on TV’s Soul Train. 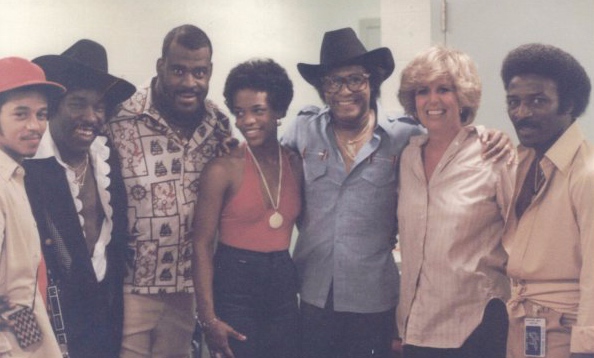 In 1979, Ms. Trombley was honoured by an invitation to attend the White House dinner for the Black Music Association, at which she met U.S. President Jimmy Carter. In 2005, Canadian Music Week honoured her with its first female “trailblazer” award, now simply known as the Rosalie Award, and 11 years later, the Canadian Academy of Recording Arts and Sciences chose her as the first woman to receive the Walt Grealis Special Achievement Award.

On a personal level, Ms. Trombley earned the respect and admiration of friends and colleagues for her perseverance and dedication to her family. “At no point did we ever feel we weren’t being nurtured, loved or made a priority by her,” said her eldest son, Tim, former vice-president at EMI Music Canada and now director of entertainment at Caesars Windsor. “For all her professional accomplishments, she was proudest of having raised three kids as a single mother.”

When Ms. Trombley died on Nov. 23, due to complications from Alzheimer’s disease, many remembered a woman who changed the musical landscape. Burton Cummings cited her embrace of the Guess Who’s song “These Eyes” as game changing for his band. “My life would probably have been much different without Rosalie’s support and CKLW getting behind the record,” Mr. Cummings wrote on Facebook.

Denise Donlon, former MuchMusic vice-president, Sony Music president, CBC English Radio head and a recipient of the Rosalie Award in 2010, called Ms. Trombley “a true pioneer and one of the most powerful programmers ever.” But, she added, “women were so rarely recognized for all they had to do in order to succeed – like Ginger Rogers, who had to do everything Fred Astaire did, expect backwards and in high heels. That only makes Rosalie’s achievements all the more impressive.”

Rosalie Helen Gillan was born in Leamington, Ont. on Sept. 18, 1939, the first of four children born to Shell, a general foreman for Ford Motor Co., and Katherine, a switchboard operator for Bell Canada. Rosalie grew up with rock ‘n’ roll, listening to CKLW deejay Bud Davies in nearby Windsor spin Frankie Lymon and Bo Diddley records while doing her homework, and attending sock hops at the Kingsville bandshell with her girlfriends.

After graduating from Leamington District Secondary School, Rosalie joined her mother working at Bell until she met and married insurance adjuster Clayton Trombley. The couple moved to Windsor and started a family. In 1962, after a second son, Todd, was born, Ms. Trombley took on part-time work as receptionist and switchboard operator at CKLW. Her boss noticed her interest in the hits of the day and soon promoted her to the music library, where her job was to keep track of CKLW’s request lines and what was selling at record stores in the station’s biggest market: Detroit. 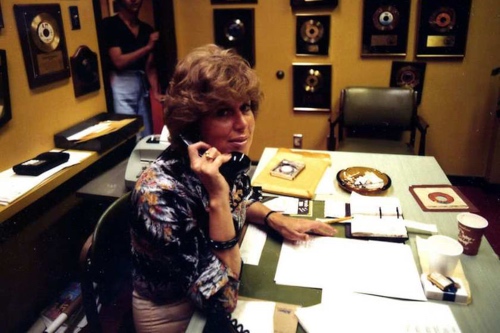 Ms. Trombley and her husband separated in 1967 – the same week she was promoted to become CKLW’s music director. From then on, she took a direct role in choosing what songs got played. “CKLW had a signal that bounced off Lake Erie at night and could be heard up and down the eastern seaboard of the U.S., from Manhattan to Miami, reaching an estimated 40 million listeners every night,” explains Michael McNamara, director of the award-winning documentary Radio Revolution: The Rise and Fall of the Big 8. “So, if a song got played on CKLW, it was pretty sure to become a hit and get picked up by hundreds of other radio stations for airplay – that became the Rosalie ‘power’ that Seger sang about.”

Along with impeccable record research, Ms. Trombley also relied on her own instincts for what songs had hit potential, listening to 150 releases each week and selecting as many as five new tracks to play on air. Just a few of her now-famous choices include Mr. Lightfoot’s “If You Could Read My Mind,” Stevie Wonder’s “Superstition,” Paul McCartney and Wings’ “Jet,” Chicago’s “Does Anybody Really Know What Time It Is?” and the Main Ingredient’s “Everybody Plays the Fool.” 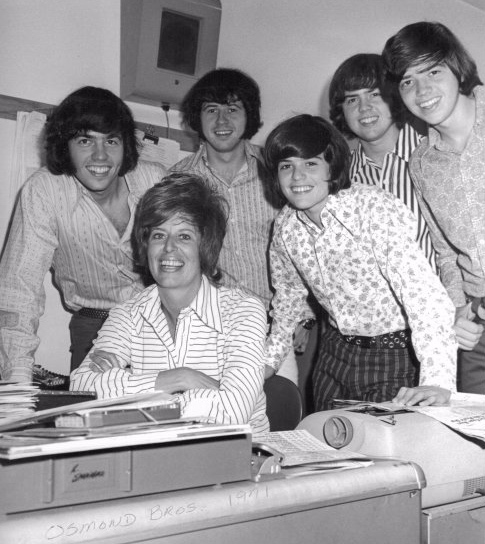 Her son Tim recalls how he used to play Alice Cooper’s “I’m 18” over and over in his bedroom. His mother took notice and added the song into CKLW’s playlist. Bob Ezrin, Mr. Cooper’s producer, credits Ms. Trombley with playing the song before anyone else, leading to it becoming his client’s breakthrough hit. Says Mr. Cooper simply: “We owe her everything.”

Part of Ms. Trombley’s work involved holding weekly meetings with artists and record promotion people who hoped to get their newest songs on the radio. “It is in these sessions that the other part of the Rosalie Trombley legend emerges,” wrote Windsor Star columnist Ron Base in 1973, “that of a tough, no-nonsense broad who has, on occasion, told important recording artists that their latest recording is so much crap.” Ms. Trombley couldn’t be bought. “The promoters and record companies know better than to offer me payola,” she once said. “They also know not to offer me a joint – I’m too square, too straight for that sort of thing.”

Ms. Trombley supported Canadian artists but wasn’t shy about being brutally honest with them about their songs. She once told Randy Bachman that Bachman Turner Overdrive’s “Takin’ Care of Business” was too long and needed more piano and less guitar. Mr. Bachman went away and made the suggested changes. Ms. Trombley added the revised song to CKLW’s playlist and it became BTO’s biggest hit.

As down to earth as she was, Ms. Trombley was hardly a typical mother. Her daughter, Diane Lauzon, remembers a glamorous woman for whom limousines frequently arrived to transport her and her kids across the border to concerts at Detroit’s Cobo Hall or Olympia Stadium. Said Ms. Lauzon, who wound up working for record companies and radio stations herself: “At Halloween, she used to give out 45s (7-inch, 45 r.p.m. records) to the kids who came to our door, because she simply didn’t have time to go out and buy candies.” 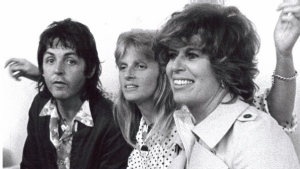 People who worked with Ms. Trombley at CKLW, like disc jockey Pat Holiday, recall a fun woman with a loud, boisterous laugh who loved her succession of dachshunds, all named Fritz. But there was also a hint of melancholy there, the result of divorce. “You never get over a thing like that,” Ms. Trombley once told The Globe and Mail’s Robert Martin. She never remarried and Ms. Lauzon feels her mother’s sadness was reflected in the ballads she loved and chose to play on the air, like “These Eyes” or “What Becomes of the Brokenhearted.” “They were autobiographical for her.”

Ms. Trombley left CKLW in 1987, following her longtime friend Mr. Holiday to Detroit’s Hot AC station WLTI-FM. She later joined CKEY’s Key 590, a Toronto oldies station, before retiring to Windsor. Her last public appearance was in June 2011, when St. Clair College presented her with an honorary diploma and she attended a gala dinner hosted by singer Tony Orlando. Six years ago, she moved into long-term care in her hometown of Leamington.

With news of her death, radio station Indie 88′s Lana Gay, a Leamington native herself, paid on-air tribute to Ms. Trombley, saying “Godspeed Rosalie and thank you for everything you did for music and paving the way for women in this crazy industry.” Then Ms. Gay played “Bennie and the Jets.”

Ms. Trombley, who was 82, was predeceased by her siblings, Carl, Judy and Linda. She leaves her children, Tim, Todd, Diane, and grandson, Robert.

Originally published in The Globe and Mail 8 December 2021