There was a time in the 1950s when Torontonians regularly shuffled off to Buffalo for excitement. That was in the days when puritanical laws in Toronto the Good kept entertainment under tight wraps and alcohol and rock 'n' roll flowed more freely on the American side.

But during the Roaring '20s, many Buffalonians were frequently travelling to Crystal Beach, Ontario by ferry boat to visit its giant amusement park and world famous dance hall, featuring the biggest bands of the Swing Era. 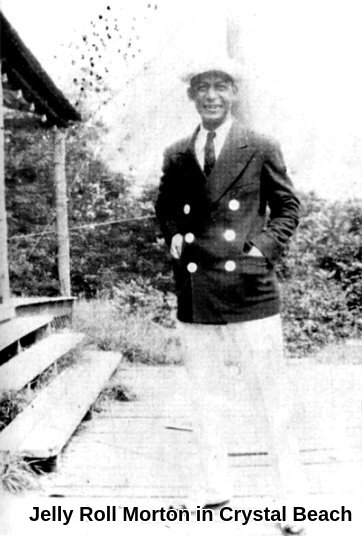 Opened in 1925, the Crystal Beach Ballroom held the largest dance floor in North America, with room for 3000 dancers on its gleaming wooden dance floor. Among the biggest names to perform there were Count Basie, Stan Kenton and the Tommy Dorsey Orchestra, featuring a young Frank Sinatra. 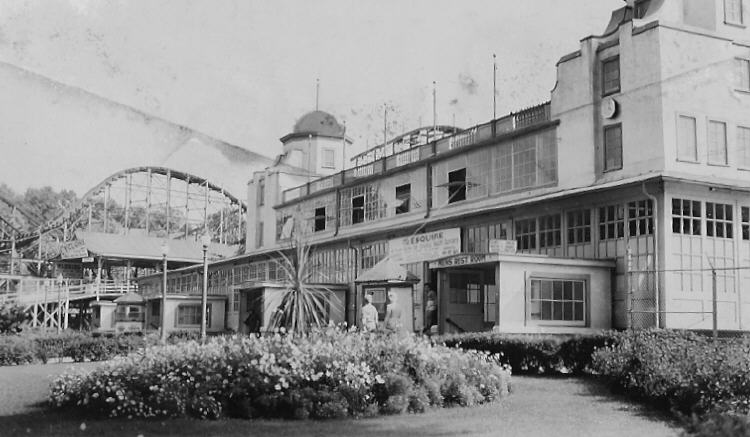 When Jelly Roll Morton performed a two-week engagement at Crystal Beach in 1927, with his band the Red Hot Peppers, the great jazz and ragtime pianist's billing in a Buffalo newspaper advertisement was topped by the amusement park's Cyclone Coaster, considered by many to be the most terrifying roller coaster ever built, with a sheer drop of more than 100 feet and no end of hair-raising, nerve-tingling turns. The amusement park kept a nurse on duty to tend to riders who fainted.

Mark Miller, in his wonderful book Such Melodious Racket, recounts how Morton and his band stayed in Buffalo and crossed Lake Erie each day alongside eager dancers and thrill seekers. Morton's banjoist Ikey Robinson remembered one night standing at the ferry boat's railing, in conversation with Morton. Suddenly, the pianist turn white as a ghost. Morton, writes Miller, had been "toying ostentatiously with a diamond ring" and accidentally dropped it overboard.

Morton never returned to Canada and his fortunes during the Great Depression declined rapidly before he died in Los Angeles in 1941. But his appearance at Crystal Beach, overshadowed though it was by the Cyclone Coaster, remains a fascinating piece of Canada's lost jazz history.