JoJo Bennett was a Jamaican orphan who found his calling when a teacher handed him a horn. Excelling on the trumpet, he grew to become a successful touring musician, songwriter and recording artist. In Canada, he added award-winning bandleader and owner of a recording studio and record label to his accomplishments. But he never forgot his roots, also starting his own music school along the way.

Mr. Bennett, who died on Aug. 3 at the age of 81, may have been best known as the charismatic, dreadlocked figure in celebrated Canadian pop-reggae band the Sattalites. But after his passing, those close to him remembered a wise, modest man they affectionately called “Guru” and “Teach.”

“Jo was a beautiful spirit and always so encouraging with others –that’s what made him such a great teacher,” says Fergus Hambleton, who co-founded the Sattalites with Mr. Bennett and played with him for 45 years.

Neville Francis, one of his former students, agrees. “JoJo taught me confidence and to never be afraid of making a mistake,” said Mr. Francis, who went on to become a guitarist-singer in the Sattalites and now leads his own band Strictly Riddim, based in Buffalo, N.Y. “But he also gave me life lessons about patience, humility and generosity.” 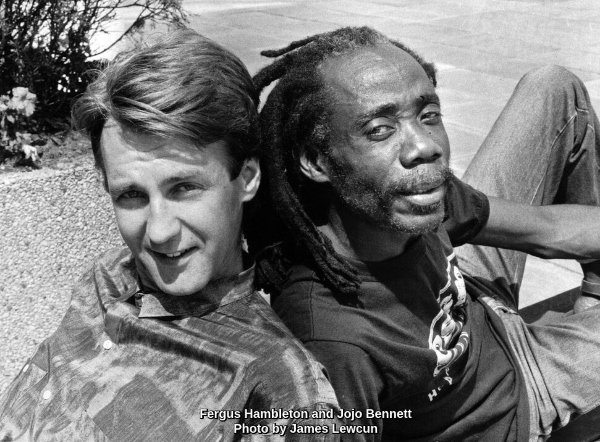 “He was the father I never had,” says Felix Taylor, a fellow Jamaican orphan and trombonist who followed Mr. Bennett to Toronto. “I was younger than JoJo and doing very well with another band, but I dropped everything to join him.” Mr. Bennett held strong convictions and didn’t suffer fools gladly, Mr. Taylor notes. “He could be tough, but I’m forever grateful to him because Canada became my home and the place where I met my wife.”

Others in the Canadian music industry credit Mr. Bennett with helping to make the multiracial Sattalites one of the country’s most popular acts during the 1980s and nineties. “The Sattalites were emblematic of Toronto’s Queen Street scene,” says Kim Clarke-Champniss, a former MuchMusic host and producer, “and JoJo gave them a genuine link to the islands.” Toronto music promoter Julian King, meanwhile, calls Mr. Bennett “Canada’s reggae lion” and “one of the godfathers of reggae music.”

During their heyday, the Sattalites could often be seen at Queen Street’s Bamboo, the popular world-music club that actress Catherine O’Hara once dubbed “an oasis of cool” and “the United Nations of groove.” The band played the Bamboo one weekend every month for 20 years and was a consistent draw. Co-owner Patti Habib remembers that if there was ever a disagreement between the group and her partner, Richard O’Brien, Mr. Bennett was always the mediator. “We could never say no or be angry with JoJo, because he was so sweet and such a gentleman,” Ms. Habib says.

Joseph Bennett was born in Kingston, Jamaica, on July 13, 1940, the youngest of Mabel Nobel’s nine children. His mother was unable to care for him, so he was placed in a children’s home until the age of 10. Then good fortune found him transferred to the city’s Alpha Boys School, a residential home run by the Sisters of Mercy, a strict order of Roman Catholic nuns. Sister Mary Ignatius Davies was a jazz-loving instructor who made music an essential part of the curriculum, producing illustrious graduates – including ska greats Don Drummond, Tommy McCook, Rico Rodriguez and others.

Upon leaving Alpha, Mr. Bennett, then 16, became lead trumpeter with the Jamaica Military Band and later joined Montego Bay’s popular tourist band Llans Thelwell and the Celestials as songwriter and music arranger. But his career really took off when he was recruited to join Byron Lee and the Dragonaires, one of Jamaica’s most successful groups. Mr. Bennett, who moved on to play coronet and flugelhorn, toured and recorded several albums with Mr. Lee. 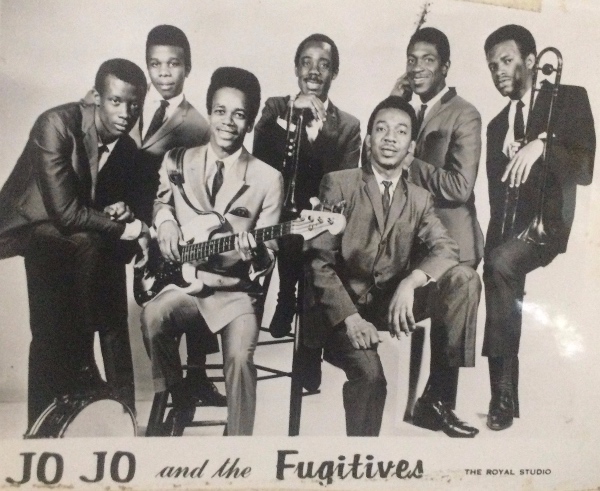 After performing at Montreal’s Expo 67, Mr. Bennett jumped ship and headed to Toronto, where he’d heard other Jamaican musicians had landed. “I decided to take a holiday in Toronto and a few weeks turned into years,” he told writer Ashante Infantry. After getting settled, Mr. Bennett encouraged Mr. Taylor and other Jamaican colleagues to join him in JoJo and the Fugitives. For the next two years, the group was the house band at the W.I.F. (West Indian Federation) Club on Brunswick Avenue, near College Street.

But the Fugitives also toured around the province, and performed at such places as Toronto’s Hawk’s Nest, the Broom & Stone and the Ontario College of Art, where the band’s seductive rocksteady sound – a precursor to reggae – caught the ear of student Scott Thornley, now a bestselling author and father of Big Wreck singer Ian Thornley. “I became enamoured with their backbeat and JoJo’s incredible energy,” he says. “I thought they were going to be huge.”

Mr. Thornley sent a live recording of the band to future jingle king Syd Kessler, then working in Los Angeles for MGM’s music division. Mr. Kessler flew to Toronto, met with Mr. Thornley and Mr. Bennett, and read out the terms of a contract. Recalls Mr. Thornley: “As soon as JoJo heard that MGM was going to own the rights to this and he would be obliged to provide that, he stood up, flipped the table – sending the contract flying – and said, ‘Nobody tells JoJo what to do.’ 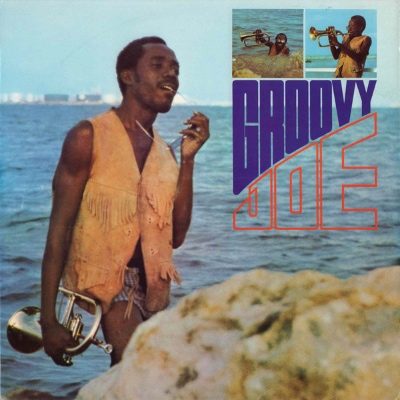 Although Mr. Bennett retained a healthy mistrust of the music industry, the Fugitives did record the single "Chips, Chicken and Banana Split." And in 1970, during a hiatus in Jamaica, Mr. Bennett recorded a solo album, Groovy Joe, featuring his international hit "Leaving Rome." Later, he started his own label, Bunjo Records, releasing singles by artists such as the Mighty Pope. He also opened a recording facility, Jah Studio, giving Sudanese immigrant and future world-music star Tarig Abubakar his first job in Canada.

Mr. Bennett met his Sattalites bandmate Mr. Hambleton while both were providing horn accompaniment for reggae singer Leroy Sibbles. In 1980, after Mr. Bennett did a short stint with Ernie Smith and Roots Revival, he and Mr. Hambleton opened the Sattalites Music School in Toronto’s Little Jamaica neighbourhood. They aimed to get their students, aged 13 to 30, performing in public as quickly as possible, at restaurants and small clubs.

Three years later, the Sattalites became a full-fledged band, built around Mr. Bennett’s deep reggae roots and Mr. Hambleton’s love of 1960s pop harmonies. Along with Mr. Francis, they recruited one of Mr. Bennett’s sons, drummer Paul Bennett, and another graduate from their school, keyboardist-singer Bruce (Preacher) Robinson. The group’s self-titled 1985 album featured the bouncy hit single "Wild" and a reggae treatment of the Beatles’ "She Loves You." The following Live via Sattalites, recorded at the Bamboo, captured Mr. Bennett’s infectious spontaneity. And two of the band’s best studio tracks, "Sunroof" and "Canada Calling" from 1993′s All Over the World, featured his vibrant flugelhorn and vocal exhortations. Several more albums followed, with the group gaining considerable airplay on CBC, MuchMusic and college radio. 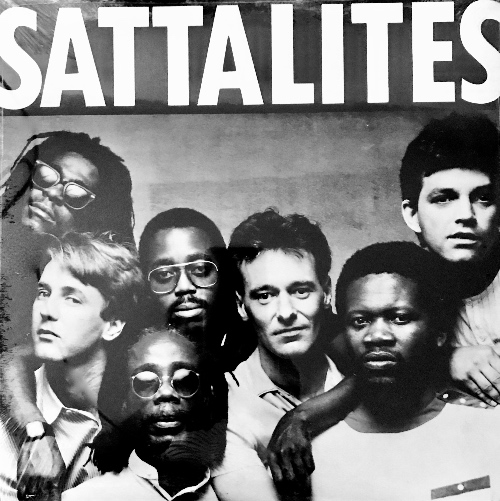 Still, the Sattalites were most successful as a live act, touring widely across North America; opening for popular reggae acts such as Third World, Black Uhuru, Steel Pulse; and, most notably, becoming one of the first Canadian bands to be invited to perform at Jamaica’s Sunsplash festival, playing to more than 25,000 reggae connoisseurs. Winning Juno Awards in 1990 and 1993, the group helped to broaden the audience in Canada for Caribbean sounds and world music. “Jo played with real joy,” Mr. Hambleton says, “and his solos brightened everything he touched.”

Sadly, Mr. Bennett’s health faltered. He suffered a stroke in 1997 followed by a heart attack 11 years later. More recently, chronic obstructive pulmonary disease meant he was no longer able to blow his horn. The last time he appeared in public was in 2019, for a birthday celebration at Toronto’s Orbit Room, where the Sattalites held a residency.

Blair Moody, the Sattalites’ long-time road manager and a close friend, says Mr. Bennett remained grateful for the Jamaican boys’ school that rescued him from poverty. “Jo maintained a lifelong affection for Alpha, did fundraisers and visited occasionally throughout the years,” Mr. Blair says. “It really shaped who he was.” Fittingly, Mr. Bennett’s face is included, along with other legendary local Jamaican musicians, on Toronto’s Reggae Lane mural in Little Jamaica.

Mr. Bennett is predeceased by seven siblings and his wife Cathy (née Bailey) and leaves their daughter, Jodie; six sons with his former partner Vivian Hall; his sister Joanna; 11 grandchildren and six great-grandchildren.

Originally published in The Globe and Mail August 15, 2021