The Juno Awards turn 50 this year. Canadian music has evolved dramatically in that half century, embracing new styles and cultures with the country’s changing demographics.

Some of the freshest new sounds in Canada have come out of the Toronto area and its diverse African, Middle Eastern and South Asian communities. Here are some of the new rising stars.

Born in Abu Dhabi, United Arab Emirates to Iraqi parents, Ali Gatie and his family settled in Mississauga, where he first started making music. Inspired by singers like J. Cole and Frank Ocean, he began to make his own romantic brand of “bedroom pop,” going viral with songs like “Moonlight” and “It’s You” and his latest EP The Idea of Her.

Born in Somalia, Amaal grew up in a traditional Muslim household in Toronto’s Dixon neighbourhood known as “Little Mogadishu.” With an r&b sound infused with the lyricism of her homeland, she cites the Weeknd, born in Toronto to Ethiopian immigrants, and K'naan, also Somali-Canadian, as inspirational role models. Amaal released her debut EP Black Dove in 2019. 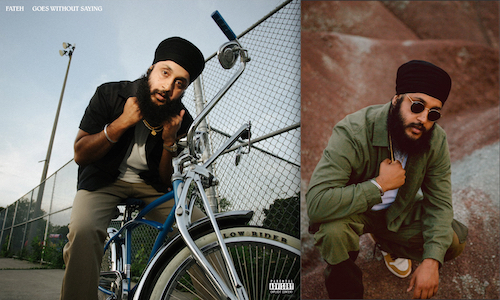 Born in Bangkok, Thailand to Sikh parents from the Indian state of Punjab, Fateh moved to California at the age of six with his family where his love for hip-hop began. When his family later relocated to Brampton, he began creating his own music. Fateh’s latest album, Goes Without Saying, was released in October 2020.