The joyous flute of Kathryn Moses The sunny personality of Kathryn Moses always shone through in her music. Joyous and free-spirited, she expressed those qualities on flute, saxophone and vocals – she was gifted at all three –throughout a career in jazz, pop and classical music that lasted over half a century.

Although she started out playing in orchestras, the American-born Ms. Moses eventually immigrated to Canada and shifted into the male-dominated world of jazz in Toronto while juggling work with chamber music, commercial jingles and numerous recording sessions. She contributed to a diverse range of albums by such artists as Bruce Cockburn, Chuck Mangione, Murray McLauchlan, Tom Paxton, Leroy Sibbles, Tom Rush, Raffi, Nancy White and Hagood Hardy. She also released two acclaimed recordings of her own.

With appearances on TV and at jazz festivals with her quartet, there was a time during the 1970s and 80s when the striking Ms. Moses, with her long, dark flowing hair, seemed to be everywhere. 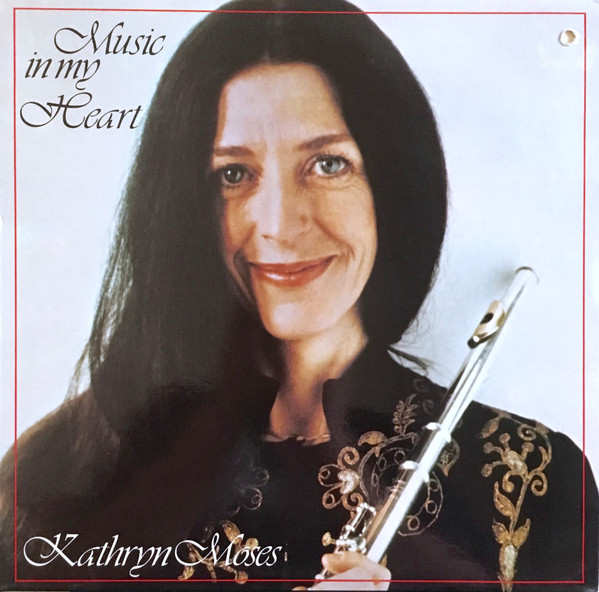 When she died on May 17 in her hometown of Wynnewood, Okla., of cancer, many remembered Ms. Moses’s versatility, professionalism and happy-go-lucky nature. Other female flute and saxophone players cited her as an inspiration. “Kathryn was one of the shining lights on the Canadian music scene,” said the award-winning Jane Bunnett, “a great person, great player and a big influence on me.” On Facebook, Doriann Forrester observed: “She was a pioneer for women in music and a mentor.” Colleen Allen, who chose to become a professional musician after seeing Ms. Moses onstage with Mr. Cockburn, echoed the sentiment. “She was so capable and confident, singing and playing,” Ms. Allen said. “Maybe most importantly, she was an equal participant in the band with the guys.”

Bassist Rosemary Galloway, one of her long-time friends, credits Ms. Moses’s generosity in supporting younger musicians. “During the International Year of Women in 1975, Kathryn was hired for a lot of events as a bandleader,” Ms. Galloway recalled. “She took a chance on me when I was still pretty young because she wanted to hire women players – and there weren’t that many of us then.” Guitarist Rob Piltch, who played in Ms. Moses’s quartet for the next five years, found her equally giving – “always encouraging, inspiring me and other young players to do our best.”

Ms. Moses played flute, sax and piccolo on four of Mr. Cockburn’s bestselling albums – In the Falling Dark, Further Adventures Of, Humans and Inner City Front – and toured with him as a member of his band. She sang with him too, on his popular song “Coldest Night of the Year” and, most memorably, the bluesy “Mama Just Wants to Barrelhouse All Night Long.” They performed the latter in the concert movie Rumours of Glory. “Kathy brought a high level of musicianship to whatever she was doing,” Mr. Cockburn told The Globe and Mail, “and, although her vocals never got as much attention as her playing, she could really sing.” 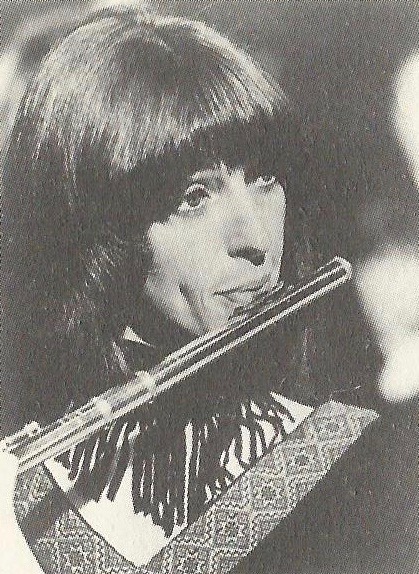 She was born Kathryn Bethene Taylor in Wynnewood on September 23, 1943, the third child of Grady Taylor, a gasoline operator at the local oil refinery, and his wife, Edith. Kathryn was part Cherokee through her paternal grandfather, Little Berry Austin Taylor. Influenced by her dad’s love of country music, Kathryn, just four years old at the time, joined her two older sisters and sang cowboy songs at radio station KVLH. When she was 10, she took up the flute and played all through school. She also took part in church choirs and glee clubs, teaching herself to twirl the baton and becoming a featured twirler who juggled flaming batons. At one point, she sang in a close-harmony group called the Beauty Shoppe Quartet.

Her musical talent earned her a scholarship to the University of Central Oklahoma, where she majored in flute and voice. During her third year, she joined with the Oklahoma City Symphony, playing third flute and piccolo. She also found work as a torch singer with a dance band. At university, she met a brilliant student named Ted Moses, a saxophonist-pianist who could improvise jazz and compose woodwind quintets. He taught Kathryn about jazz, married her and, to dodge the Vietnam draft, took her to Toronto in 1967.

Life at first was a struggle for the young couple. While her husband gigged as a musician, Ms. Moses sang at bar mitzvahs, taught music at high schools and took on a variety of secretarial jobs, including working for Mel Lastman at his Bad Boy business. In 1972, the couple formed the Mother Necessity Big Band and operated the band’s own club above the Town Tavern.

Although Ms. Moses also played in her husband’s quintet, marital strains were beginning to show. Recalls Ms. Galloway, who first met Kathryn while taking lessons from Ted at the couple’s house: “She was mad at Ted for something and came into the room where I was having my lesson and vacuumed around our feet, making it impossible for us to hear each other.” She added with a laugh: “I was impressed by her tactics.”

By 1974, the couple had separated – although they remained friends and Kathryn even continued performing in Ted’s bands. As Ms. Moses told one reporter: “I owe him almost everything in my jazz education. I absorbed his whole system for teaching composition as it relates to improvisation. Ted will always be my best friend.” Plus, she later added, “it’d be a shame to waste our long friendship.” 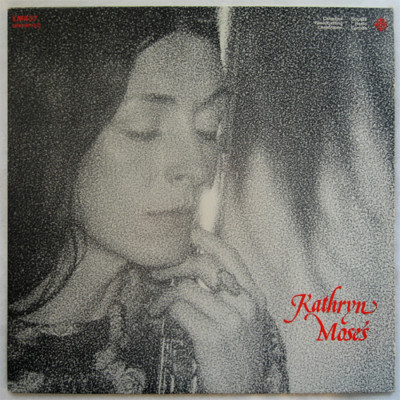 Still, Ms. Moses seemed to flourish best on her own. First, Mr. Mangione flew her down to Los Angeles to play flute on the flugelhorn star’s bestselling albums Bellavia and Chase the Clouds Away. Then, in 1976, Ms. Moses recorded her own self-titled debut on the CBC label; featuring six original compositions and covers of Sonny Rollins and Rodgers and Hart tunes, it won the first-ever Canada Council Award for Best Jazz Recording of the Year. “The album is warm, vivacious and always engaging, very much like the lady herself,” jazz critic Mark Miller wrote in Record Week. “Nothing impresses more than her versatility; first as a singer of both lyrics and scatlines; then as a flutist, hard driving and wistful in turn.” The album has since been reissued on CD in Japan.

While filling clubs playing with her quartet, Ms. Moses also started headlining jazz festivals at Ontario Place and still managed to squeeze in jingle work, playing with the Toronto Chamber Players and as second flute in the National Ballet Orchestra. By 1979, she had recorded her second album, Music in My Heart, which received positive reviews including a favourable mention in Billboard magazine, which praised her singing and “top drawer flute and soprano sax.” When she performed that year at Toronto’s Ship of Fools, Mr. Miller, by now writing for The Globe and Mail, detected Ms. Moses’s new “rock-ish funk” influence and credited the “bright, sparkling quality of her flute playing and the vulnerability of her singing.”

But there was still a double standard from other quarters toward Ms. Moses, especially her male counterparts in the jazz world. Said Mr. Cockburn: “It was the era when men thought it was a compliment to say to a woman like Kathy, ‘You play real good for a chick.’ She had to struggle against that in the jazz scene, but I think that pushed her to find a confidence in what she was doing.” Added Ms. Galloway: “She was quite charismatic on the stage and, of course, very attractive. So she’d often get introduced as ‘the lovely and talented Kathryn Moses,’ which is so patronizing. Men’s appearances were never mentioned that way.”

For her part, Ms. Moses claimed she’d never suffered because of her gender, nor been hired as a novelty. “I never think about being a female jazz musician rather than a musician, period,” she said in 1978. “I’m a woman and I happen to play jazz and I don’t think those two things are mutually exclusive.”

Ms. Moses moved to Los Angeles for several years in the early eighties and toured as a member of pop singer Sheena Easton’s band. When she returned to Toronto, she resumed her balancing act of jazz festival work with her quartet, recording session work, playing with Mr. Hardy’s band and joining Ms. Galloway’s all-female Velvet Glove band. She also scored the film Skin Deep and won Genie Awards for her soundtracks to Forbidden Love and Fiction and Other Truths.

With her dual U.S.-Canadian citizenship, which she always maintained, Ms. Moses began returning home to Oklahoma regularly to help ailing family members, beginning with her parents. She was there nursing her youngest brother, Bill, before he died of cancer in 2011. Then recently, Ms. Moses’s own health began suffering, first with a respiratory problem and then with a back injury. She was able to move back to her hometown in March, 2020, just before the border was closed because of the pandemic. This year, a back-related MRI detected a tumour in her lungs and then additional cancer was discovered throughout her bones.

Her surviving brother, Bob Taylor, a retired policeman, said his sister was always compassionate and caring toward others, “a very family-oriented person.” He added that she’s remembered by everyone who met her for her laughter, smile and happy disposition. “She’d been that way her entire life – always happy,” Mr. Taylor said. “Wherever Kathryn went, she lit up the room.”

Ms. Moses is predeceased by her sisters, Eudora Crotts-Mosier and Joyce Burroughs, and her brother Bill Taylor; her ex-husband Ted Moses died last year. She leaves her brother Bob Taylor and his wife, Lenda, along with eight nieces and nephews.

Originally published in The Globe and Mail 4 June 2021