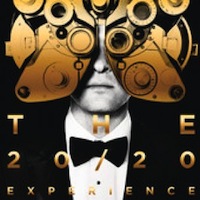 It’s been quite a year for JT: his triumphant performance at the Grammys, critical acclaim for The 20/20 Experience and the ecstatic reception for him and the rest of ’NSync at the Video Music Awards. “It’s been a wild ride,” the SexyBack singer admits, but adds that “we’re not done yet—not even close.” With the release of part two of The 20/20 Experience, an album he describes as its predecessor’s “hotter, older evil twin sister,” the wild ride continues. Fans will already be familiar with “Take Back the Night,” the album’s swaggering first single. Like “Night,” the album’s other 10 songs are horn-driven, funk-filled numbers. His pal Jay Z helps out on the dark “Murder,” while Canadian rap star Drake joins him on the sexy “Cabaret.” Ultimately, the album proves that Timberlake is wildly prolific and the closest thing pop has to a Michael Jackson successor.